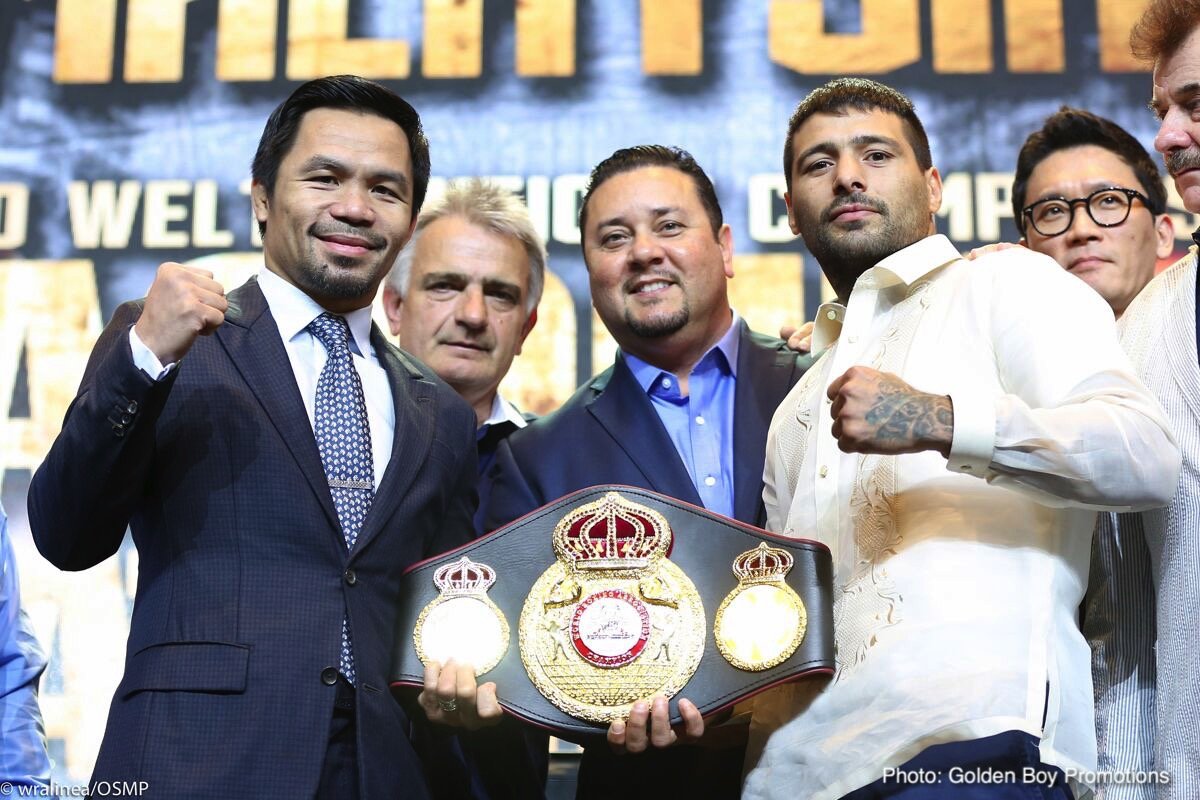 Argentine puncher Lucas Matthysse, the reigning WBA “regular” welterweight champion, has arrived in Kuala Lumper, Malaysia and the 35 year old told reporters how beating living legend Manny Pacquiao is “a must” for him. The two veterans will clash on July 15 and in truth no-one knows just what to expect; how much either man has left to offer at the highest level.

We could be treated to a great action fight, a slugfest that is the result of both men having lost a step or two and therefore being easier to find, to hit cleanly. Then again, with so much on the line – and the loser will not have too many options – it’s entirely possible we will witness a cautious approach from both warriors.

For Matthysse a win means everything:

“Manny Pacquiao. I want to defeat a legendary fighter like Manny,” Matthysse said as quoted by Philstar.com. “This is not [Zab] Judah, [Devon] Alexander, [Victor] Postol or [Danny] Garcia. This is Manny Pacquiao and this is the quest for anyone in boxing [to beat Pacquiao].”

It is perhaps interesting that Matthysse, 39-4(36) listed the four men to have beaten him. In his day, “La Maquina” has defeated the likes of Lamont Peterson, Vivian Harris, DeMarcus Corley, Ajose Olusegun and Ruslan Provodnikov. Why didn’t Matthysse list these names, not the fighters to have beaten him? Matthysse is surely not expecting Pacquiao to join Judah, Garcia, Alexander and Postol, is he?

In terms of motivation, both Matthysse and Pacquiao should be about even. Both men know this is very much a must-win fight of the highest order, and again, the loser will not have many places to go. Pacquiao says he wants to become world champion again, while Matthysse wants to retain the belt he won back in January with that come-from-behind KO over a 38-0 Tewa Kiram.

Pacquiao, who is finishing off his training camp, is scheduled to arrive in Kuala Lumper on Monday. Rest assured, there will be far more media members on hand for Pac Man’s arrival. Matthysse may be the defending champion, but it’s clear who the star of the July 15 fight is.