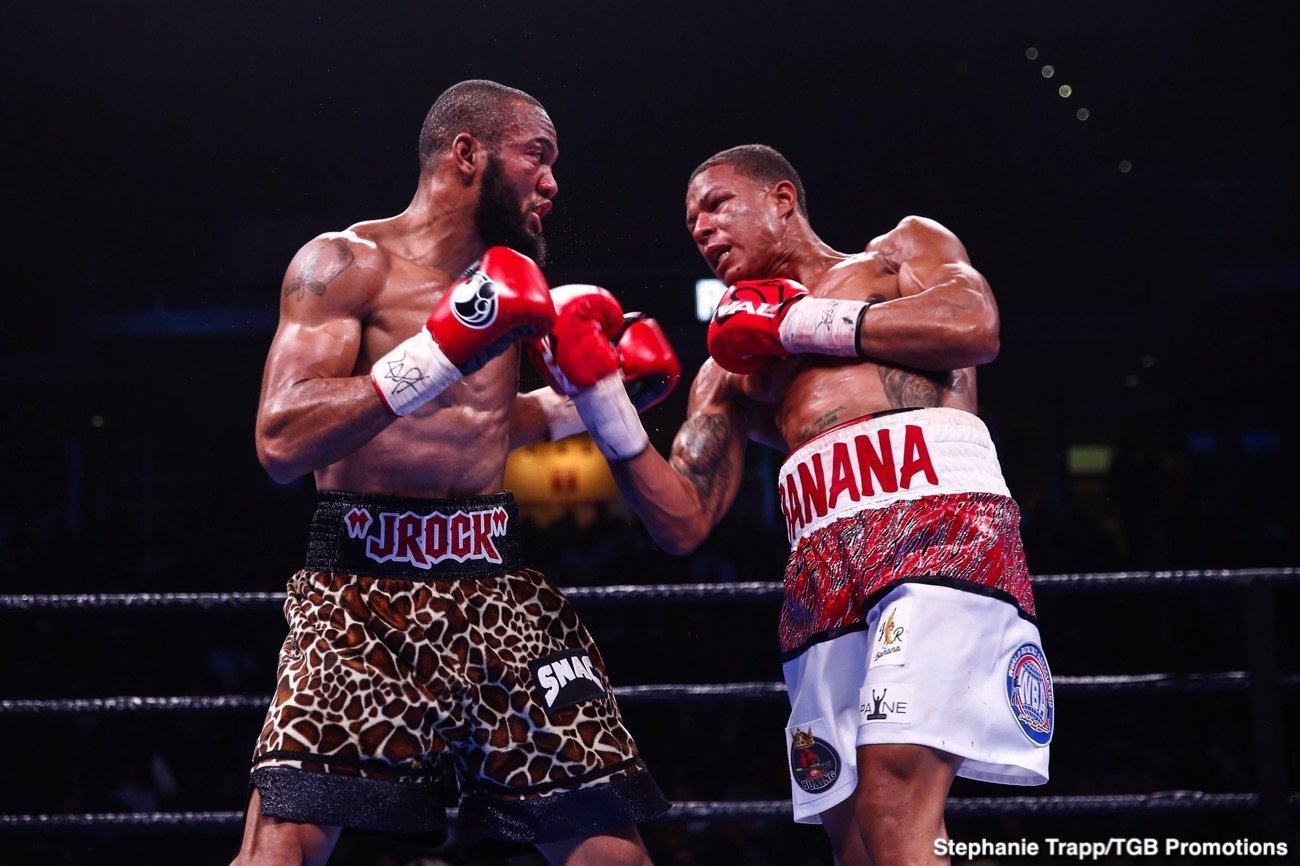 Huge underdog Jeison Rosario (20-1-1, 14 KOs) used his superior power, speed and youth to destroy IBF/IBO/WBA junor middleweight champion Julian ‘J-Rock-Williams (27-2-1, 16 KOs) by a 5th round knockout on Daturday night in front of J-Rock’s own fans at the Liacouras Center, in Philadelphia.

Rosario, 24, took advantage of Williams’ overagressvieness in the 5th round by catching him with a big left hook that staggered him. Williams’ legs were gone after that shot. Rosario moved for the kill and landed a number of hard shots that caused Williams to grab ahold before falling to the canvas. The referee ruled it a slip, but it didn’t matter.

Moments later, Rosario nailed Williams with a tremedous right uppercut to the head that sent him flying into the ropes for a knockdown. When Williams got up, the fight was stopped by Benjy Esteves. There was no way that Williams could take another big uppercut from Rosario without being knockd out cold. The fight was stopped at 1:37 of round 5.

In round 2, Rosario hurt Williams with a hard uppercut to the head that him looking stunned. A round later in the 3rd, Williams was cut over his left eye from a big shot from Rosario. Towards the end of the 3rd, Rosario landed a right hand to the head of Williams that was brutal to watch. How Williams took that shot is hard to know. It was a big, big shot.

In he 4th, Williams presssured Rosario, and landed some good shots. However, Rosario answered Williams back most of the time. That was a close round for the most part. Rosario looked tetermined with the way he was walking Williams down, hitting him with everything he had. When Williams tied Rosario up, he was gettnig nailed by the younger fighter to the head and body.

Rosario came into the contest a 30:1 underdog, but it was obvious from the opening moments in the fight that he was going to win. He was much faster, stronger and the far bigger puncher than Williams. Rosario looked a lot younger as well, and he had more weapons to hurt Williams. Although Rosario’s jab wasn’t that great, he made up for it with his powerful left hook, body punching and his uppercuts.

Rosario was able to throw them with almost equal power with either hand. You don’t see that too much. Usuallly a fighter will be dangerous with an uppercut with just one hand, but not with Rosario. He was blasting Williams uppercuts at every chance he could get, and the shots he was throwing did damage as well.

With the way that Rosario dominated Williams tonight, a rematch would be no different between them. Williams will obviously use his rematch clause to force a second fight, but it’s unlikely that he’ll win.

Julian Willians vs. Jeison Rosario early results from the Liacouras Center, in Philadelphia.