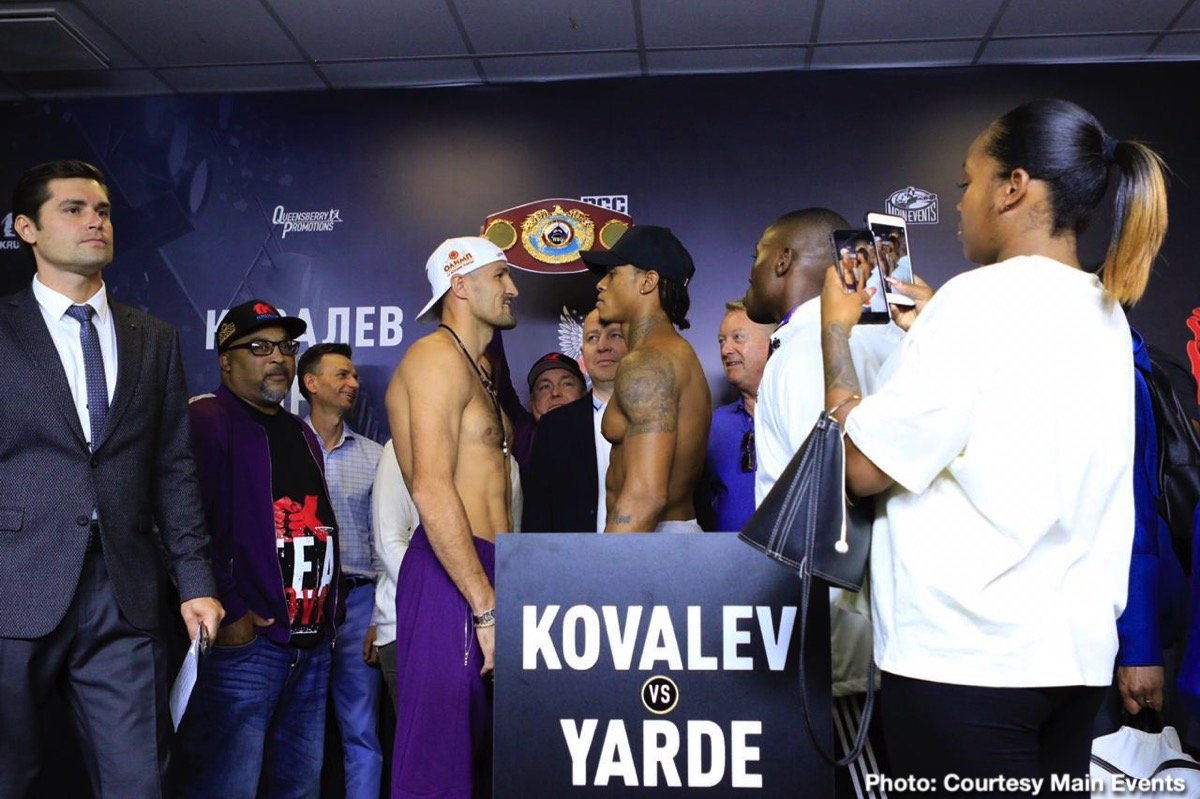 ANTHONY YARDE TOOK onboard a tough lesson in just his second amateur fight that should serve him well when he enters into what is likely to be hostile territory at the Traktor Sport Palace in Chelyabinsk on Saturday evening.

The Beast has now landed in the East to take on Sergey Kovalev with the WBO world light heavyweight title at stake and will face off with the Krusher at 11am this morning (UK time) at their first and final press conference.

It is obviously a tall order against the six footer known as Krusher, especially with the fight taking place on his home patch, but Yarde is anything but overawed. Becoming world champion by knocking out an elite champion, after bludgeoning his way to mandatory position, he views as his destiny and what he imagined for himself all along. 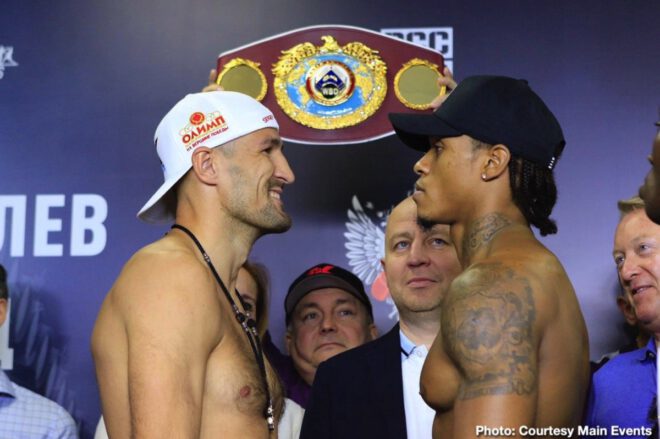 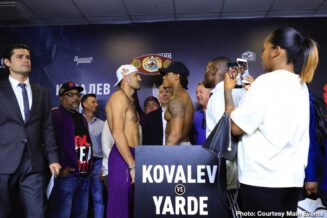 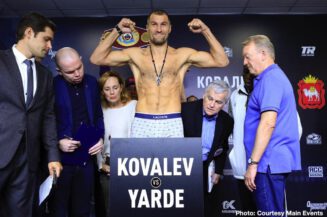 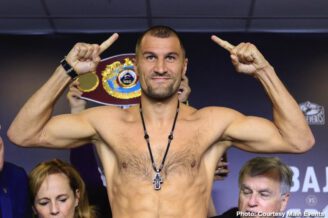 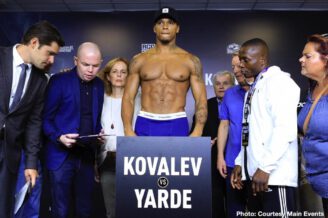 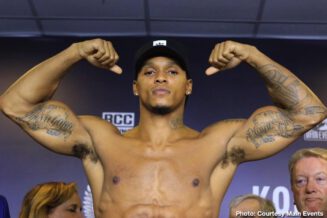 “I’m just excited – very, very excited,” said the 28-year-old just prior to departure. “It has been sinking in but, at the same time, when you really believe something you wouldn’t act all surprised if you really believed it in the first place.

“I had an epiphany – I don’t know if that is the right word – that I was meant to be a boxer. I feel like I got very excited back then because I saw it all happening. I saw myself becoming a world champion, I saw myself getting into the rankings, knocking out a lot of people and it has all happened.

“In the beginning it is surreal and a bit scary and when it is all happening you are thinking ‘wow’ because when I first started people were telling me it was impossible.”

Right from near enough the beginning when Yarde laced up the gloves and pulled on a vest, he discovered he needed to force the issue when he got into the ring. The option of styling it out quickly became a non-starter.

It is a mindset he will need to employ again in the Kingdom of Krusher on Saturday.

“In the short space of time I was an amateur I learned a lot with the main thing being just to do you,” he explained. “My coach at the time told me to take my time because if I knocked people out then I would get no fights.

“The one time I did go the distance they took it as me showboating and they gave the other guy the decision even though he knew he didn’t win and tried to give me his medal afterwards.

“I learned a lot from that fight and much of it was to do what your intuition tells you to do. Don’t go out there and play about.

“After that fight, which was my second, I knocked out everybody. I was like a lion when it sees meat in every other fight I had.”

Ilford hitter Yarde faces a tough assignment when he travels to Kovalev’s back yard in Chelyabinsk and challenges for the Russian’s WBO light-heavyweight title on Saturday August 24.

Yarde has won all 18 fights since turning professional, and knocked out 17 of his opponents, but will be a big underdog away from home.

“Yarde is a very hard puncher and has a chance of knocking him out, but we are still waiting to see him get hit at that level.

“I think he has a good chance, but it isn’t just Kovalev. Boxing there in Russia is a lot different to being in London where there are home comforts.

“Kovalev is very good and it’s a case of what is left in him.”

Mancunian Arthur has won all 15 professional fights and next year is a likely opponent for fellow Frank Warren promoted boxer Yarde.

They might be enemies, but Arthur will be cheering Yarde on when he makes the daunting trip to Russia.

“Even though he is a potential opponent and rival we have to support him and I wish him all the best out there. I will support any British fighter especially on the road,” explained Arthur.

“I have seen people online saying Yarde has no chance against Kovalev, but those saying that are the ones who will say, ‘I knew he could do it,’ if he wins.

“As fighters in the public eye we have to accept that people give opinions on us and will want us to get beat.

“But Anthony has to do what he wants and he is by having this fight. That is the main thing and all I can do is wish him well.”

Kovalev v Yarde will be live on BT Sport on August 24.