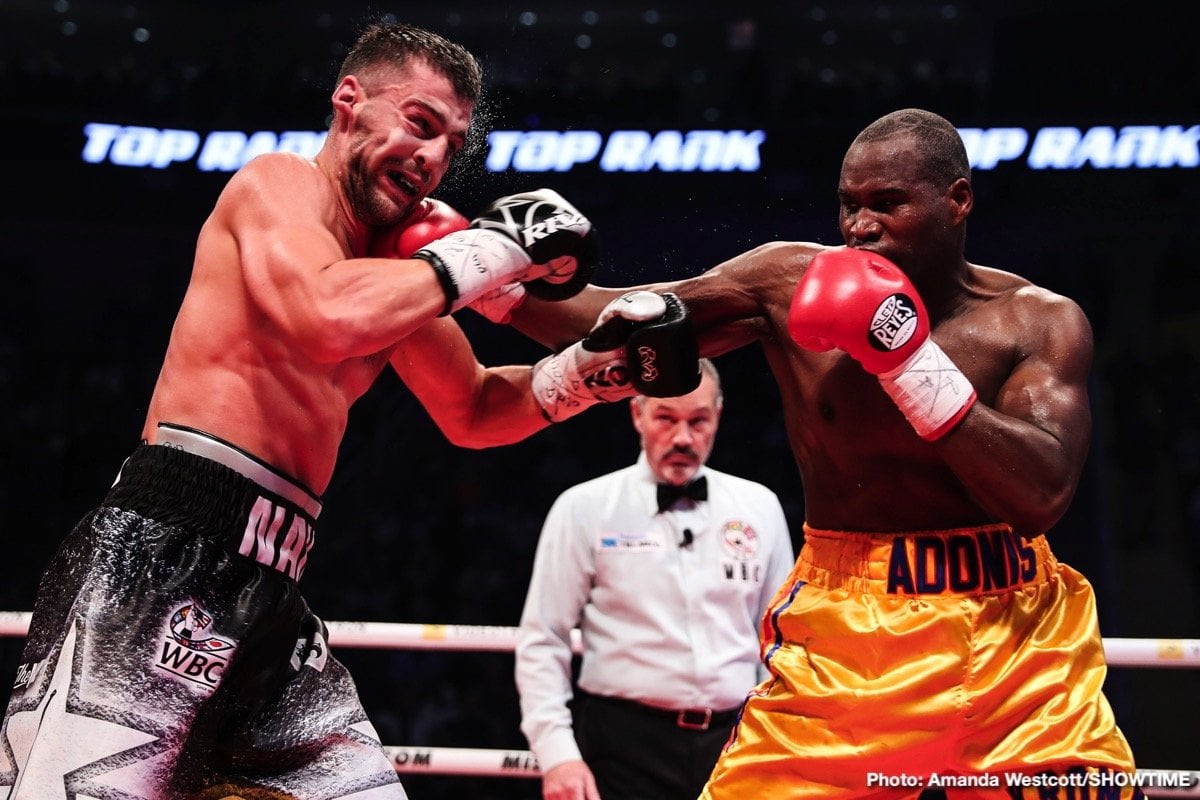 On a night when there wasn’t a big world heavyweight title fight taking place, last night’s Oleksandr Gvozdyk-Adonis Stevenson fight would have dominated the boxing headlines. It was a great action fight and underdog Gvozdyk scored the upset in knocking the defending light-heavyweight champ out in the eleventh-round. Unfortunately, however, there is a bigger story attached to the fight – an unpleasant one.

Reports have surfaced informing us how Adonis is in critical condition in hospital, where he arrived on a stretcher. It was a punishing fight last night and Stevenson took some hefty blows in that 11th round when he was stopped. Message of support have been coming in, with some offering their prayers as Adonis is literally fighting for his life right now.

Naturally absolutely everyone hopes Adonis makes a full recovery, that he is suffering from exhaustion and perhaps dehydration and not anything far more serious. Details are quite sketchy as of now, with no official word given on the condition of the former champion aside from the following statement from promoter Yvon Michel:

“News on the condition of Adonis. The family of Adonis and Yvon Michel are currently with Adonis Stevenson. They want to inform friends and supporters that Adonis is currently in critical condition in intensive care. They appreciate the concern and support of everyone. There will be no further comments at this time and they respectfully request your understanding in their desire to stay private.”

Stevenson, a long-reigning world champion, was making the tenth defence of his title last night and he spoke beforehand of his desire to go into unification fights afterwards. Instead, undefeated Gvozdyk fought the biggest fight of his career and rose to the occasion in style. Now, though, the joy of his victory has been sobered somewhat due to what has happened to the former champ.

It’s a tough sport, the toughest of the tough in fact, and these brave fighting men quite literally risk their very lives and and every time they step into the ring. We must never ever forget this. Again, let us all hope Adonis Stevenson makes a full recovery.