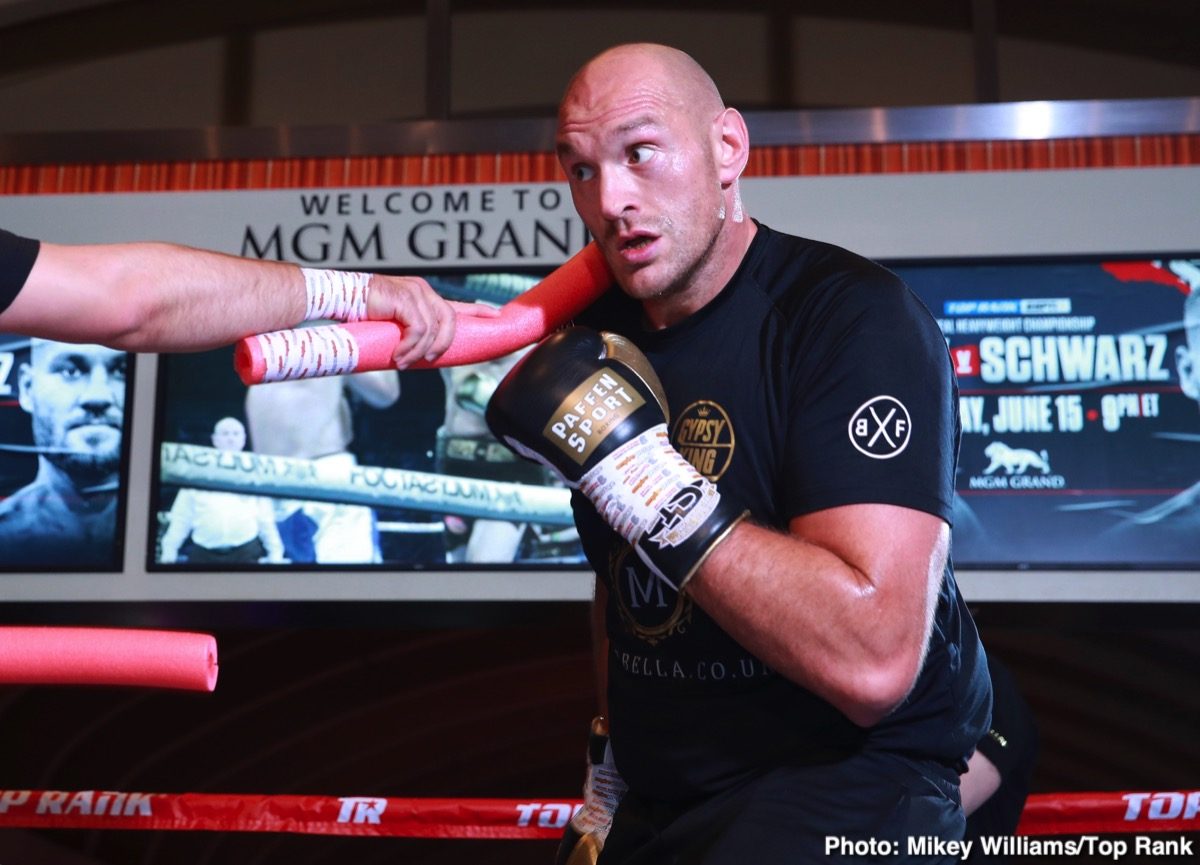 THE FURY BROTHERS, Tyson and Tommy, came up with a split decision when asked to assess the prospects of Anthony Yarde dethroning WBO light heavyweight king Sergey Kovalev when the pair collide in Krusher’s home town of Chelyabinsk in Russia on August 24.

Heavyweight ruler Tyson, a devout student of the sport, placed himself firmly in the corner of Yarde, the mandatory challenger who has notched up 18 wins, with 17 of them coming via brutal KO.

The lineal champion believes the time is right for a young, hungry lion to overthrow the long-standing leader of the light heavyweight pride.

“I fancy Anthony Yarde,” stated Tyson, who faces Otto Wallin in Las Vegas on September 14. “I really do fancy Yarde. I think Kovalev is on the slide.

“He has been a good world champion in his time and has done very well, but I think the Andre Ward losses have done him really, although he lost that fight to (Eleider) Alvarez and then came back and beat him.

“I think a young man will always beat an older one and that has always been my motto. I fancy Anthony Yarde to knock him out, not just beat him on points, stop him.

“Because that is what he needs to do in Russia anyway. It will only make his career better when he wins away from home. I’ve been all over and kept winning. If you’re any good, you’ll win, and if you’re not, you’ll lose, simple as.

“Home advantage means nothing to me but it does to a lot of people because they are not natural fighting men. Some people can’t fight off their own soil, but I can because it was bred in me.

Love Island inhabitant and fellow light heavyweight Tommy suspects Yarde might just be biting off more than he can chew in bidding to knock Kovalev off his world championship perch.

“It is a very, very good fight for Yarde and I think he deserves it,” commented the 2-0 20-year-old. “His time has come and I hope to God he can pull it off because he is from here and we’ve got to support our own.

“But, listen, big props to him if he can pull it off, but my money would be on Kovalev because he has mixed it at a higher level and fought much better fighters.

“Obviously I hope Yarde can pull it off, but I just don’t see it happening.”