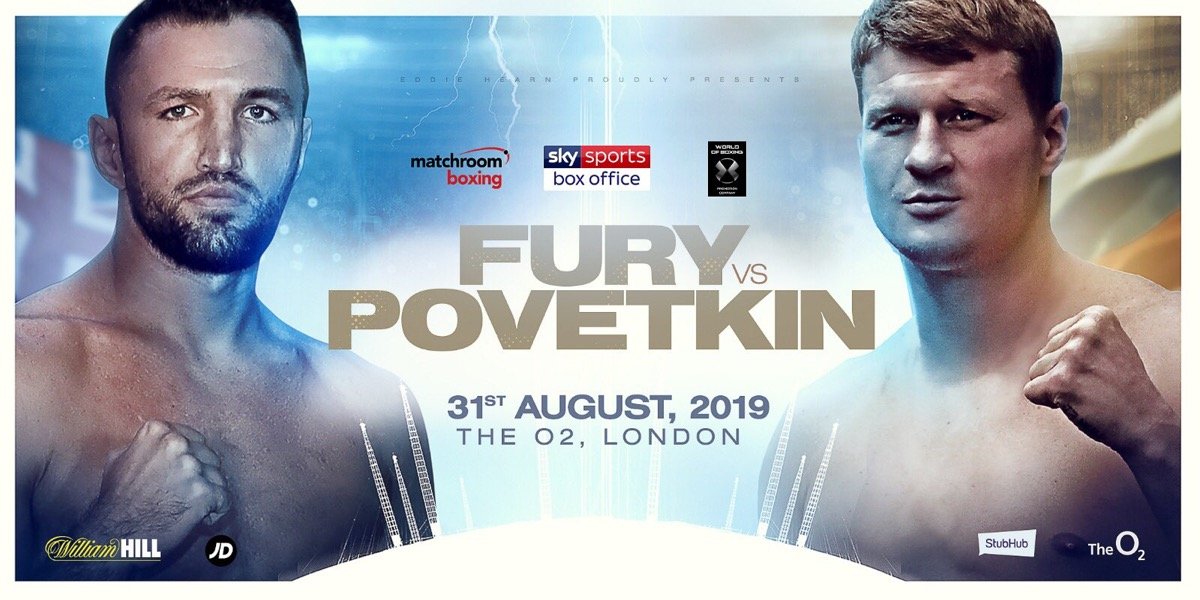 The last thing the sport needs is for yet another big name fighter to test positive for an illegal substance (or two). With that in mind, heavyweights Alexander Povetkin and Hughie Fury have signed on to be tested by VADA both before and after their August 31st fight set for The O2 in London as chief support to the headline fight between Vasyl Lomachenko and Luke Campbell.

A report from TASS confirmed how both heavyweights will be tested:

“VADA carries out doping tests during the preparations for the fight as well as after the bout,” Vadim Kornilov told TASS. “It is impossible to say in advance how many doping samples will be collected in total.”

As fans know, Povetkin has in the past tested positive for a banned substance and his career can ill afford this happening again. Hopefully there will be no issues at all with regards to the fight at the end of the month.

So who wins when Povetkin, 34-2(24) faces the 23-2(13), never stopped Fury? Age is of course against the Russian slugger, Povetkin turning 40 on September 2nd, but the edge in experience is quite big in favor of the former WBA champ. Fury, certainly skilled, has looked less than impressive in some of his fights, where he hasn’t thrown enough punches and has appeared somewhat listless. Last time out, against the ancient Sam Peter, Fury made a meal of things and failed to shine (in what was an ugly foul-filled fight in Saudi Arabia).

Yet at British level (see Hughie’s tidy destruction of Sam Sexton in May of 2018), Fury has looked good. This fight (if it happens, and hopefully there will be no problem) may prove to be all about levels. Then again, at his advanced age, Povetkin could suddenly find he has nothing left, and this could come at any time in any fight.

It’s an interesting match-up, no doubt about it. Povetkin reportedly turned down a shot at Tyson Fury in favor of fighting Hughie. Will the Russian star live to regret this?