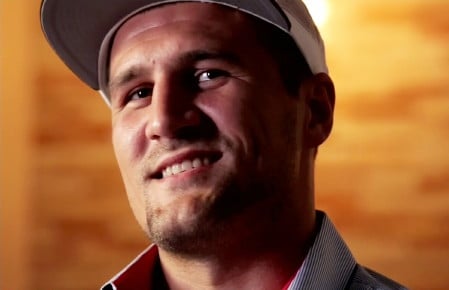 Kovalev says he plans on fighting dirty if the 49-year-old Hopkins fights dirty. He says he’s going to fight a clean fight, but if Hopkins wants to take it to another level and start getting physical with him then he’ll accommodate him by playing the same way.

Hopkins may not fight dirty in the strict sense in terms of throwing a lot of low blows or rabbit punches. But you can fully expect Hopkins to clinch a lot, and wrestle on the inside to slow Kovalev down. Hopkins will also likely play to the referee by flopping on the canvas if Kovalev hits him low or behind the head in order to get a point deduction taken from him. If the referee is unwise to Hopkins’ flopping then he could end up taking points away from Kovalev, and making a mess out of the fight.

What we don’t want is the referee to become the central focus of the fight. It would be a pity if the referee ruins the fight by taking off points needlessly or if he disqualifies Kovalev for responding to something that Hopkins does in the ring. Additionally, you have to hope that we don’t see an injury stoppage like what we saw in Hopkins first fight against Chad Dawson in 2011 in which Hopkins couldn’t get up off the canvas after Dawson picked him up and dropped him.

“If I need to box, I’m going to box. This is a fight. You can keep in your mind one strategy,” Kovalev said.

Hopkins is the better boxer of the two by far, and he’ll do well if Kovalev tries to box him on November 8th instead of trying to slug. Kovalev is a good boxer, but he’s not going to be able to out-box a guy like Hopkins. It’s not going to work out.

Kovalev absolutely must try and score a knockout or at least outwork Hopkins in every round by throwing more punches than him. If Kovalev slows his work rate down and tries to box then he’s lost. That’s where Hopkins wants him to be, because Hopkins can no longer throw a lot of punches per round like he once could earlier in his career. He needs the action to be slowed down to a crawl for him to do well.