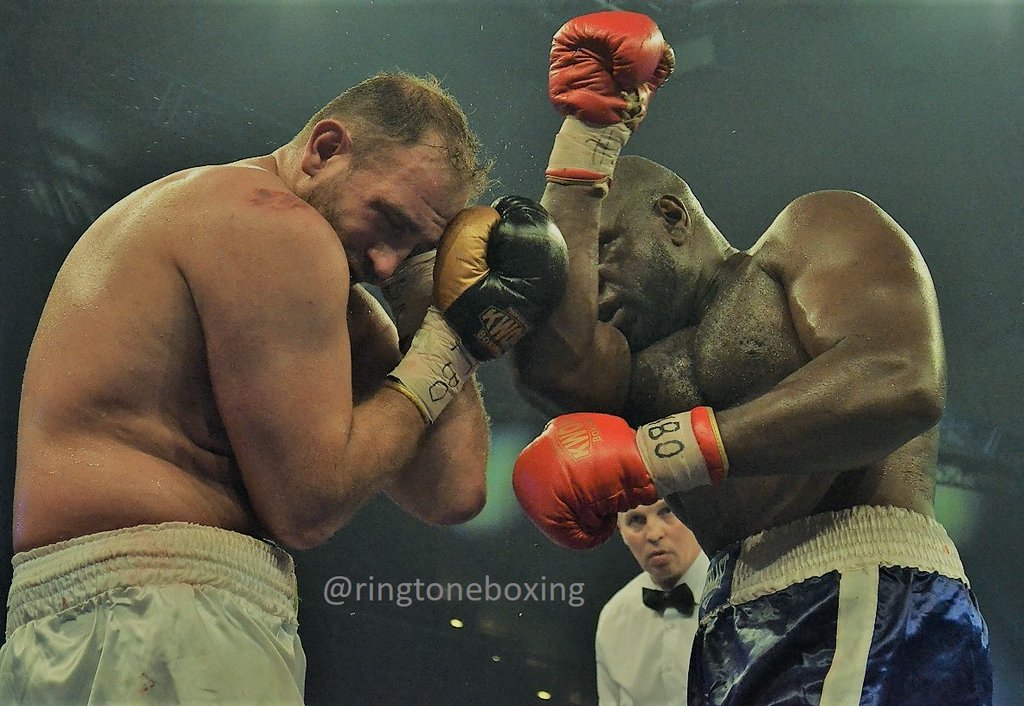 Photo credit @ringtoneboxing – More than a few fans may have been unaware that Kevin Johnson is still fighting, with “KingPin” announcing his retirement from boxing after his quick stoppage loss to Anthony Joshua back in 2015. But the former world title challenger is indeed still fighting, overseas mostly, and last night in Munich, Germany Johnson picked up the first meaningful win of his career in quite some time in stopping Francesco Pianeta in the seventh-round.

Johnson, who looked to unload power shots from the get-go, opened a nasty cut over Pianeta’s left eye early on as the two traded shots. The fight continued until the 7th, when Johnson put Pianeta down with a series of body shots. Pianeta got up but was soon under more fire and his corner threw in the towel. 38 year old Johnson is now 32-8-1(16), 33 year old Pianeta is now 34-3-1(20).

Since being dispatched by Joshua (who, with last night’s win, Johnson is, somewhat laughably, calling for a return with) Johnson has now boxed on four occasions; winning two and losing two. An April 2017 points loss to Kubrat Pulev seemed to have ended Johnson’s career for good, but here he is again, with a decent win. Johnson looked to be in good physical shape in last night’s fight and he can now be expected to get himself at least one more sizeable payday (even if he has zero chance of getting back in the ring with Joshua).

One of the most experienced heavyweights operating today – Johnson having been in with Vitali Klitschko, Joshua, Tyson Fury, Dereck Chisora and Pulev – the veteran from Georgia hasn’t taken too much punishment and AJ is the only man to have stopped him.

Who knows, Johnson might just find himself getting in there with another big name in the near future. As for southpaw Pianeta, it could be a long road back for him should the German-based Italian choose to fight on. All three of Pianeta’s defeats have come via stoppage (to Wladimir Klitschko, Ruslan Chagaev and now Johnson) and he was expected by most to win last night but was instead quite badly beaten.