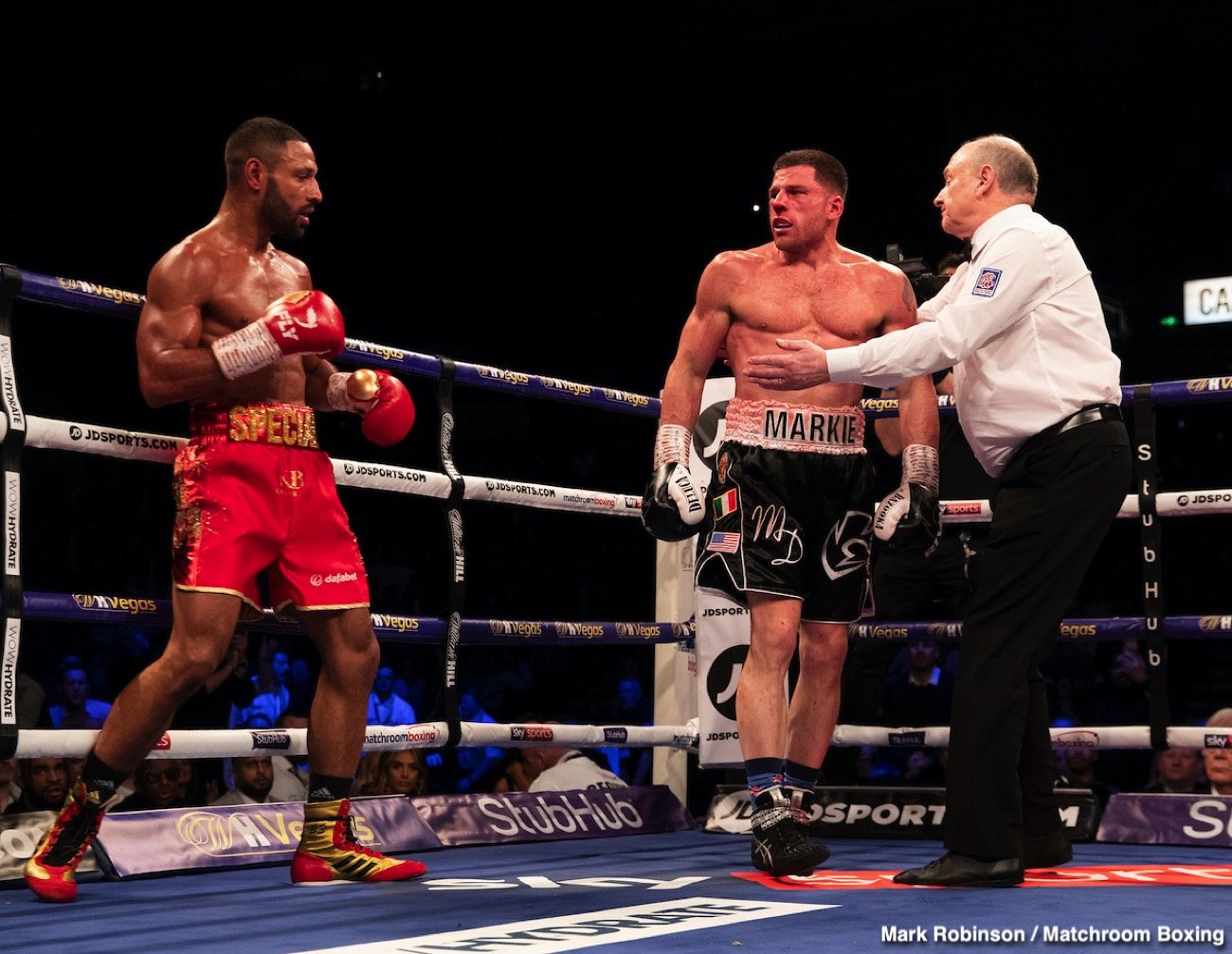 Kell Brook made a statement last weekend with his stoppage win over Mark DeLuca: one that said ‘I’m back.’ Now having the hunger back, the former IBF welterweight champ is looking at becoming a two-weight champion. But Brook, 39-2(27) is also hoping to be given the chance to avenge his loss to Errol Spence and to fight the best of the best.

Speaking with Sky Sports, Brook, now aged 33 but insisting he feels better than ever, went through a list of names and discussed how he fees he would get on with them. Chief among these names/fights are Spence and Terence Crawford. Brooks believes that, if given the opportunity, he could win both fights.

“I know that I was beating him before, I’d get all the positives from it,” Brook said of Spence. “That haunts me, the first fight. It haunts me and I would love the rematch with Errol Spence. What I would do differently is I would be 100 percent in there. There won’t be 60 percent. I’ll be 100 percent. It’s infectious the confidence what I’d bring with that. I’d feel that I’d be at the weight comfortably, I ca go 12 rounds at a hard pace. From round six, I would be able to be strong. You know that if you’re not prepared properly, you can only get so much out. I would get everything out and I’d be victorious.”

Spence, still to return to the ring following his October car smash, recently told Brook to “leave me alone,” so this is a return fight that looks to be a long way off at best, totally unrealistic at worst. What would Spence have to gain from a return with Brook?

“He does everything well. He can punch, he can box, he can fight. He’s got the ring craft, he can perform under the bright lights. He has got it all. (to beat him) Just being sharp, using your own boxing skills. Don’t get me wrong, Crawford is one hell of a fighter, and they are only small per cents at this level. But I believe that I can beat him. I would have to be 110 percent. Live right. No messing.”

Crawford has defeated Brook’s countryman (and still a target for Brook) Amir Khan, so who knows, maybe “Bud” will look at taking a fight with Brook. It’s not likely, but you never know. Needless to say, Brook would be a considerable underdog if this fight took place.

But Brook still believes, he has the desire back, and maybe, just maybe, the Sheffield man can pick up another big victory or two before he’s done.