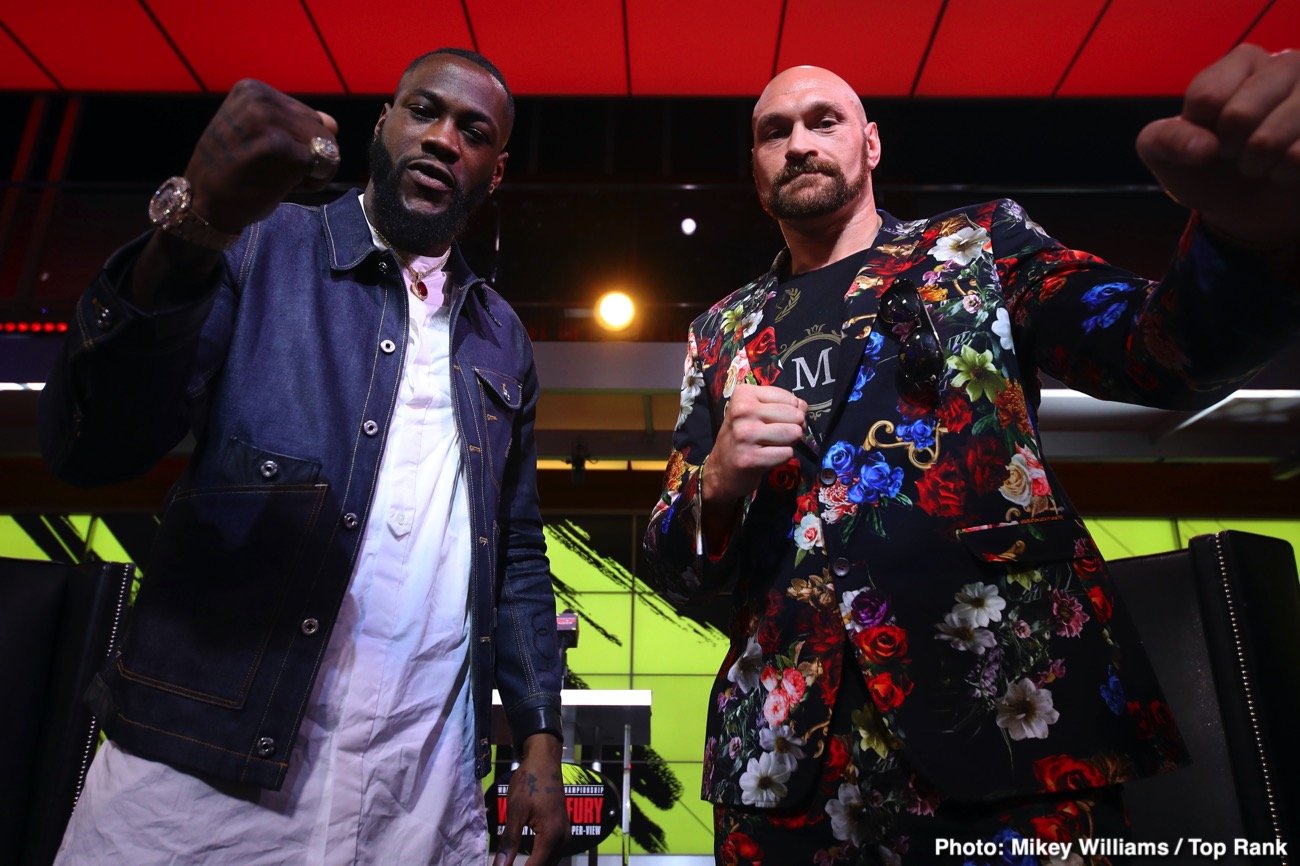 The Legendary Angelo Dundee always said controversy sells, and maybe George Foreman is thinking along these lines with regards to this Saturday night’s big heavyweight return fight between Deontay Wilder and Tyson Fury. While pretty much everyone is hoping to see a clear and outright winner, Foreman is hoping for just the opposite.

As fans know, the two giants boxed to a controversial draw in fight-one, with both men claiming victory. Now, 14 months on, it is hoped the two can settle their rivalry. But not Foreman. In speaking with The Las Vegas Review-Journal, the 71 year old all-time great says that he is both predicting and hoping for a Fury points win – a controversial Fury points win, via split decision.

“To go back in the day, I didn’t have much confidence that Muhammad Ali could hang with Joe Frazier I that first fight. It was 15 rounds, and Joe Frazier whipped him. But Muhammad Ali held his own and got in some good shots. And the winner was all of us in the arena. Then the rematch, it was the same thing, but Muhammad won on points,” Foreman began. “This fight, with Deontay Wilder and Tyson Fury, it puts me in the same mood. This is the most exciting thing in the heavyweight [division]. I’m just hoping it goes 12 rounds again. And I’m hoping it’s a controversial decision. The way I see it, I just look back on the last fight and believe that Tyson Fury is going to win on a controversial split decision.”

Just why Foreman hopes to see a controversial split decision, and not a big KO, one way or the other, is somewhat baffling. Maybe Foreman wants to see a third fight between the two men, and if he is correct, and Fury does walk away with a controversial, debatable split verdict, there will in all likelihood be a third fight. This would see out the remainder of 2020 (assuming the third fight was immediate), which would upset fans who crave seeing this Saturday’s winner engaging in a showdown with Anthony Joshua.

Of course, both Fury and Wilder are predicting a KO win this Saturday. If either man is proven correct, there may not be any need for a third fight between the boxer and the puncher. Not long now until the biggest fight of 2020, and one of the biggest-ever heavyweight rematches, goes down. Will either Wilder or Fury go down? Might both men hit the mat?