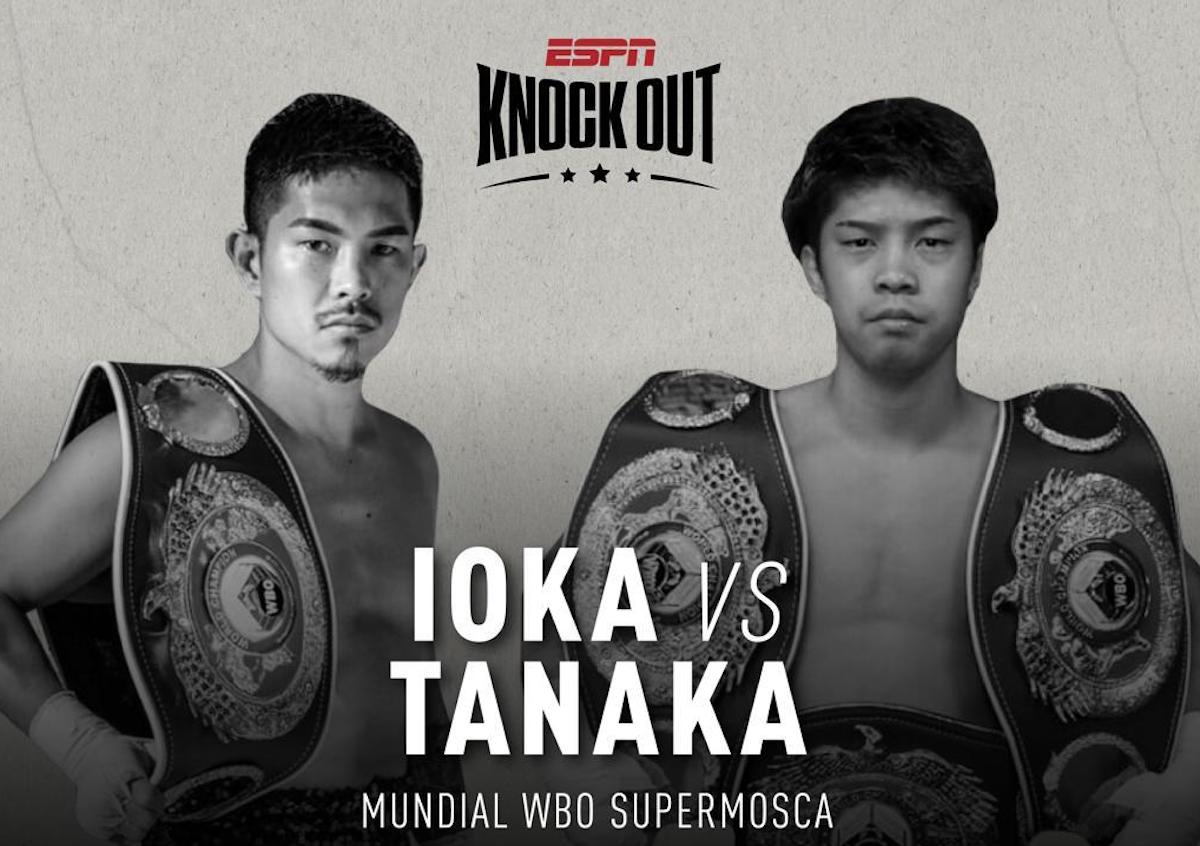 …And Kazuto Ioka Is Aiming For Bigger Fights

From a UK fight fan’s perspective, all that can be said is, thankyou, BoxNation! The devoted boxing channel will televise live the Japanese super-fight – in fact, super-fight, period – that will go down in Tokyo on New Year’s Eve. Kazuto Ioka, a four-weight champ, and the current WBO junior-bantamweight boss will defend against countryman Kosei Tanaka, who is a three-weight champ now aiming to become, in his 16th pro fight, the man with the distinction of becoming a four-weight ruler with the least amount of fights.

It’s amazing so few people seem to be talking about this fight; especially when the styles of the two fighters are so utterly fan-friendly, the all-action approach of 25-year-old Tanaka especially (when has this guy ever been in a dull fight!) The hard-core fans who fully understand the significance of this fight, along with the guaranteed excitement to come on Dec. 31, will not miss this one. It’s a superb match-up, one that will provide a great fight (perhaps The Fight Of The Year), and the winner will go on to feature in even bigger fights.

In fact, in speaking with RingTV.com, 31-year-old Ioka, 25-2(14) feels he will defeat Tanaka and then go on to fight a “Chocolatito” Gonzalez, a Juan Francisco Estrada or a Srisaket Sor Rungvisai, great fighters each. There will be much at stake in Tokyo on Thursday and all of Japan will be talking about, thinking about and then watching the mega-fight. Who wins? That’s a tough one (a distance fight does look likely, and we cannot rule out a draw).

But Ioka feels he has the sheer determination to overcome the younger, relentless Tanaka.

“If I win, it is an opportunity to fight a big fight internationally again,” Ioka told RingTv.com. “In order to do that, I must retain my belt. With the legendary Chocolatito, it would be the highest honor to finally be able to fight him in the ring. Also, with the great Estrada and Srisaket, it is very exciting for me to think about these fights as well. These thoughts create more determination for me to win this fight. I must win this fight.”

So too must all genuine boxing fans do all they can to ensure that they watch this fight. If you do tune in, there is no way you will be disappointed!