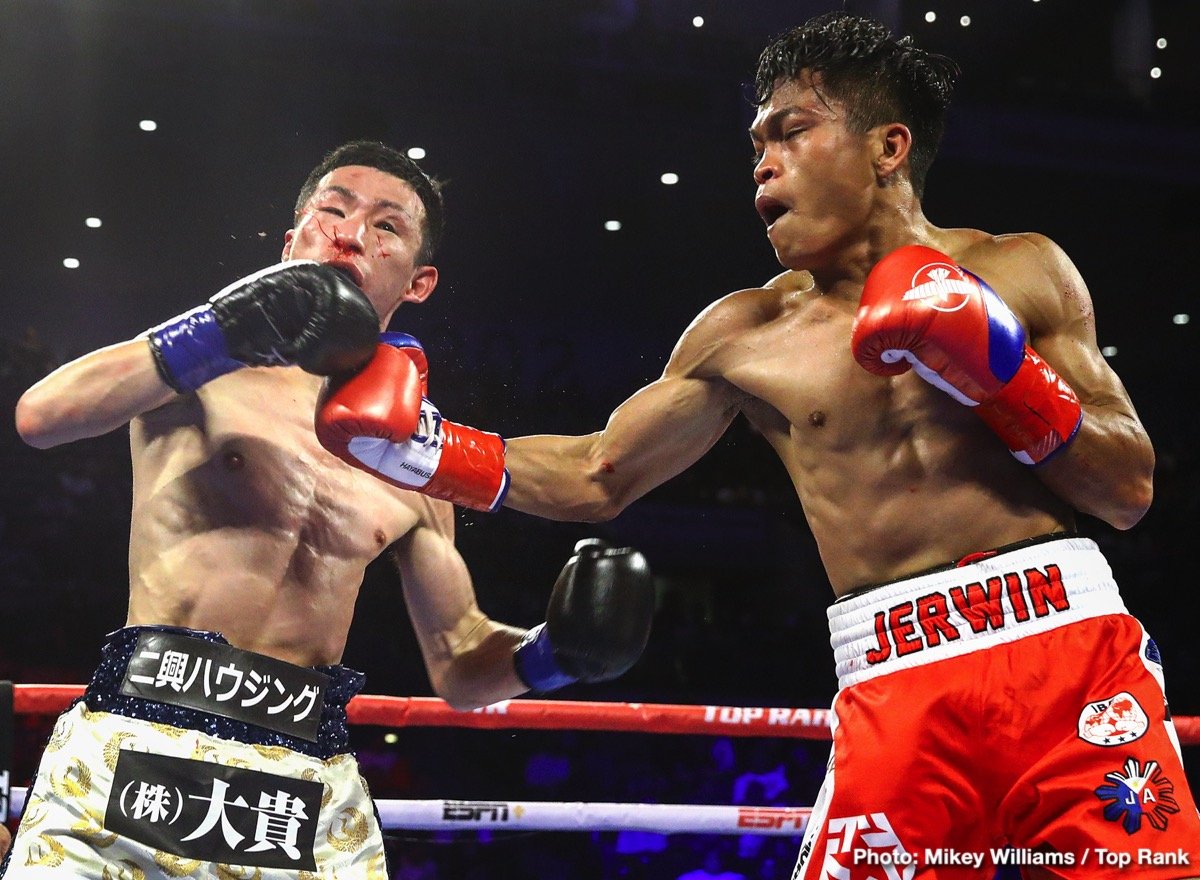 If you are in no rush to see this year’s boxing action end, while at the same time you cannot wait for 2022’s boxing schedule to begin, you are in luck. It’s been confirmed that rival super flyweight champions Kazuto Ioka (the WBO champ) and Jerwin Ancajas (the reigning IBF champ) will clash in Japan on New Year’s Eve, while fans already know about the intriguing heavyweight fight between Luis Ortiz and Charles Martin that will go ahead on New Year’s Day in Hollywood, Florida.

If you want to see boxing and not too much of the usual stuff that comes our way during the Christmas holidays, these two fights should keep you entertained.

Ioka is one of the best, most accomplished lower-weight fighters around today, as is Ancajas. This one could prove to be special. While the heavyweight fight, between two guys who can both bang and who also know they cannot in any way, shape, or form afford a loss, could be an unexpected hit. Some people have groaned about the fight and its supporting card (comprising of scheduled heavyweight fights: Frank Sanchez-Carlos Negron, Gerald Washington-Ali Eren Demirezen, and the rematch between Jonathan Rice and Michael Coffie) being a pay-per-view offering, but at $40 bucks, this card ain’t all that bad. And on New Year’s Day, where else are you going to get some legalized violence between established big men?

But it is the big, little fight that the hardcore fans will most appreciate. And are looking forward to.

This is a potentially great fight, between two little giants who should be far more celebrated all over the world than they currently are. Ioka, 27-2(15) and a four-weight world champ wants to achieve true greatness and he feels his becoming the holder of all the belts at super fly would perhaps do it for him. Ancajas, 33-1-2(22) has held the IBF title since September of 2016 and the 29-year-old southpaw from Panabo City has not lost a fight since way back in 2012, when he dropped a majority decision to Mark Geraldo. Neither Ancajas nor Ioka has ever been stopped.

Last time out, Ancajas won a UD over Jonathan Rodriguez, this in April and marking “Pretty Boy’s” ninth title retention. In his last outing, 32-year-old Ioka gave us a great action fight in defeating Francisco Rodriguez Jr in September; this being Ioka’s third retention of the WBO super fly belt.

So, who wins when these two superb fighters get it on? Ioka is the older man and he took plenty of shots from a determined Rodriguez Jr. Ancajas is fresher but he will be fighting away from home (he has never boxed in Japan before). You can go ahead and call it a 50-50 fight. Both men aspire to be the best fighter pound-for-pound in the world today. The winner might be a big step closer to realizing his goal. This one could be The Fight of The Year. One the very last day of the year, at that!