WBC heavyweight champion Tyson Fury wants Anthony Joshua to step aside to face IBF/WBA/WBO champion Oleksander Usyk because he believes AJ could lose a second time to the Ukrainian fighter.

Fury feels confident that he’ll beat Usyk, and then he and Joshua can square off with all four titles on the line.

According to Fury, he’ll “batter” Joshua and then retire, letting him and Usyk scrap for the vacated belts.

Fury on why Joshua should step aside

“I’d prefer him to let me fight him [Usyk] because if Joshua goes in there again and loses, which I think he will, that fight’s dead in the water for me,” said Fury to The Lowdown on why AJ should step aside to allow him to fight Usyk.

“You don’t lose two fights and go into a massive heavyweight title fight. But if he lets me fight Usyk and I batter Usyk, then I come back and fight Joshua batter him as well, then I can just f*** off, and then they can fight for the belts. I’ll retire,” said Fury.

“I’m not sure. It would be a good fight,” said Fury when asked who wins in a hypothetical clash between Dillian Whyte and Joe Joyce.

“I’d like to see the fight, actually. Maybe they should fight each other. For whatever they’re going to do. I’m not sure about it. I’m only interested in fighting Usyk or Joshua,” said Fury.

It’s not realistic to assume that WBC interim heavyweight champion Dillian Whyte would risk his mandatory position to take on the big lumbering 6’6″ Joe Joyce (13-0, 12 KOs).

Joyce hits too hard, he’s too big, and he’s too tough for Whyte to be counted on to beat him to preserve his mandated title shot against Fury.

Obviously, Whyte is chinny, and he likely would lose to Joyce if he were forced to fight him.

Whyte already lost his WBC mandatory status in 2020 when he was knocked cold by Alexander Povetkin.

Dillian likely learned his lesson from that fight not to risk his mandatory spot, which he luckily won back by stopping the 41-year-old Povetkin in the fourth round last May in Gibraltar.

Whyte is waiting for his arbitration case with the World Boxing Council to end before his fight with Fury will be ordered by the WBC. When that fight gets called, we’ll see what Fury’s move will be.

Fury said that he’s only interested in two fights, Joshua and Usyk. Other than those two, he doesn’t want anyone else.

If the WBC orders Fury to fight Whyte anytime soon, he’s likely to vacate his title unless the sanctioning body lets him swerve him and go straight into the Joshua vs. Usyk II winner. 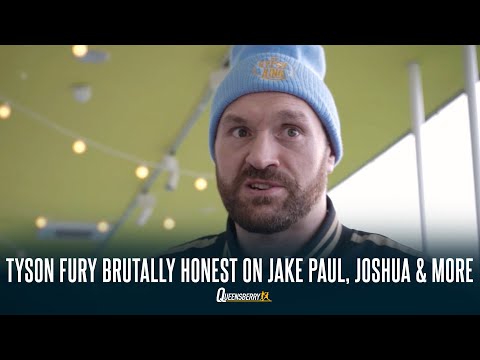