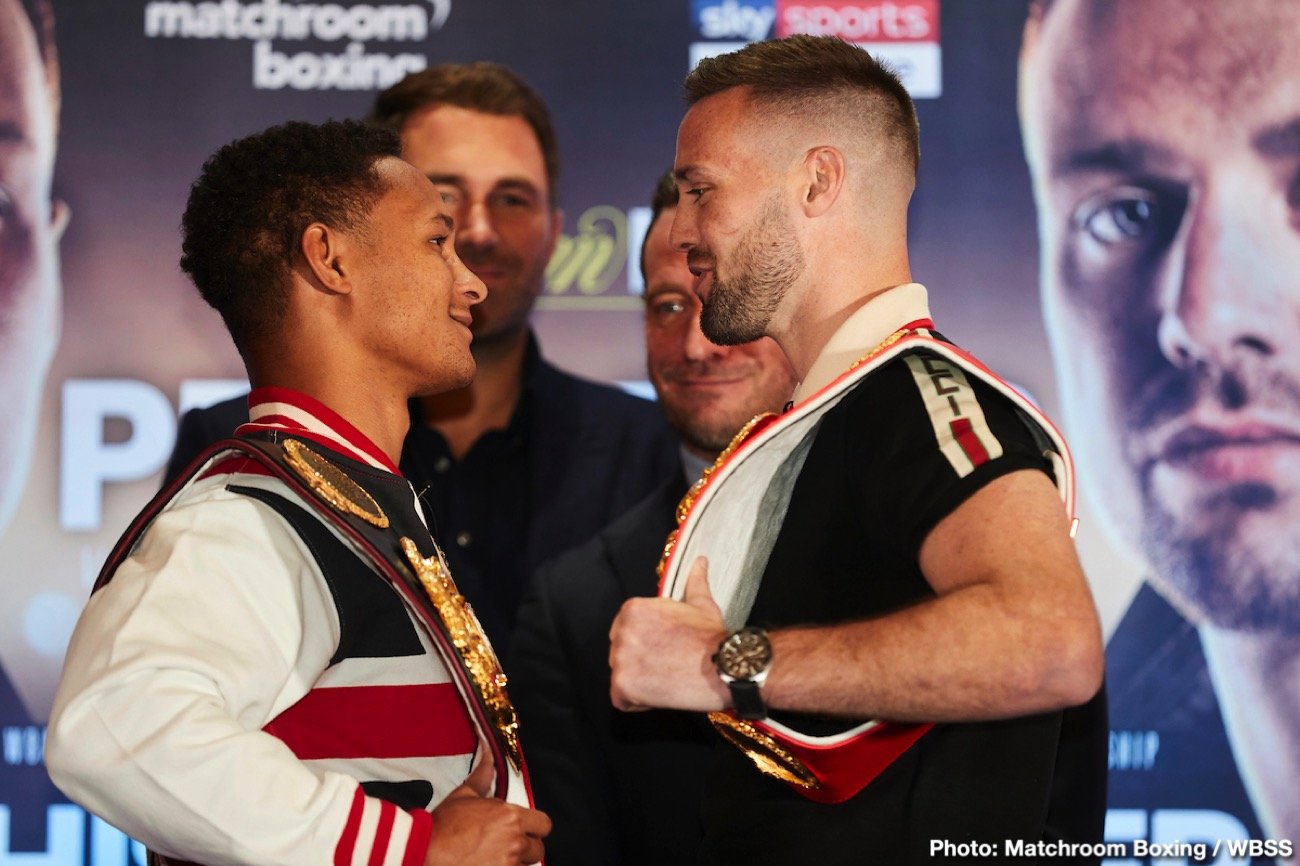 Josh Taylor has warned Regis Prograis against turning their highly-anticipated World Boxing Super Series Ali Trophy Final into a “dog fight” and insists that he possesses the power to knock his opponent “spark out” should the chance present itself.

The fierce Super-Lightweight rivals are days away from locking horns at The O2 in London in a fascinating match-up of two unbeaten southpaws with the WBA and IBF World titles also on the line, shown live on Sky Sports Box Office in the UK and DAZN in the US.

Proud Scotsman Taylor is oozing confidence ahead of his biggest fight to date against American foe Prograis in what will be the first defence of the IBF crown that he ripped from heavy-handed slugger Ivan Baranchyk at the The SSE Hydro in Glasgow earlier this year.

“The two best lads in the division are going for it,” said Taylor. “We are both undefeated, we are both hungry, both hungry for more success so it’s going to be a real interesting fight. I’m all about my speed, reactions and timing.

“My footwork is very good. I can offset you with feints and timing, but I punch real hard as well for someone of my size. I wouldn’t say I was a concussive, one-punch knockout artist, but I know if I hit you, you’re either going down or you’re going to be hurt and in trouble. So, I definitely think I can do a bit of everything.

“We’ll just have to wait and see how he comes out when that first bell rings. We can predict how he is going to fight and things like that, but you never know until that bell rings. It might be a skillful match throughout the entire fight, or we could just lock horns and fight, or a bit of both. You never know.

“I’m very confident that I can outbox him and outfight him as well. I can’t see anything other than a Josh Taylor win. If he tries to make it a ‘dog fight’, tries to walk me down and drag me into a fight, he is getting chinned. I will knock him spark out!”

Prograis vs. Taylor tops a huge night of action in London.

Fight week for the first final of Season II is approaching. How would describe the vibe one week before the fight?

“There is an incredible vibe around this fight. From the fans and from the camps. I think both Prograis and Taylor are desperately trying to get that upper hand mentally which I’m sure will build up to a very intense face-to-face at the weigh-in.”

Prograis vs. Taylor = best vs. best

What can the fans look forward to on fight night?
“The fans are getting two undefeated world champions who have fought their way through other world champions to fight for the Ali Trophy. So it’s truly the best versus best – Prograis-Taylor is the caviar of boxing.”

What kind of a fight can be expected?
“It’s a 50-50 fight between the number one and two in the division. And it’s one of those fights that’s got ‘Fight of the Year” written all over it. It’s gonna be fireworks that’s for sure. But who and how he’s gonna win is impossible to say, it is that close.”

How will you describe the styles colliding?
“They are both punchers and huge personalities but there are differences. Josh is a fighter who likes to stand up and fight and go for someone whereas Prograis so far in the tournament has picked his shots from the outside jumping in and out and he’s very slick at doing that.”

O2 will be jammed pack for Prograis-Taylor fight

What will the atmosphere be like at The O2?
“The O2 is an amazing venue for boxing. My first fight promoted at The O2 was Kessler-Froch II and I remember the noise at the ring walks and during the fight; it was second to none. Prograis-Taylor has the same potential to lift the roof. The unification of two undefeated world champions for a trophy in Muhammad Ali’s honour is not something you’ll have a chance to witness every other day.”

Prograis vs. Taylor can be seen LIVE on DAZN & Sky Box Office