Sauerland says that if the contract that Team Fury sent to Joshua & his promoter Eddie Hearn was a “s*** contract,” there would have been something said about it right away.

The fact that Hearn hasn’t revealed that it’s a “dud” contract suggests that it’s the real deal.

If you’re Fury, there’s no reason for you to send Joshua a dud contract because he’s the favorite, and he’ll make a ton of money. It’s a less risky fight for Fury than taking on the crafty unified champion Oleksandr Usyk, who has a bad style for him.

“The fact that they have received the contract and knowing Ed, if it was a bluff and it was a s*** contract, I’m sure there would have been something out there within seconds,” said Kalle Sauerland to iFL TV about the contract sent from Tyson Fury’s team to Anthony Joshua for a December 3rd fight.

“You know a dud contract when you see one, so it must be the real deal. I think it’s on,” said Sauerland.

If Fury didn’t take this fight, he’d have a choice of either taking a soft opponent in December like Derek Chisora or waiting until February or March to face Usyk.

“I’m not promoting him, but if I was promoting him, I don’t think I would have anything to say. At this stage of their career, you don’t have much to say,” said Sauerland when asked if he would advise for Joshua to fight Fury if he was his promoter.

“He’s a seasoned campaigner now. He’s not AJ when he beat Charles Martin. If that had gone wrong at the time, if I had been his promoter, I would have stepped in and said, ‘Let’s re-address the situation here.’

“He rolled the dice with Usyk on the second one. I’ve said with a new trainer, he would have had a very just reason for taking a fight in between or maybe a longer camp even.

“It’s not about taking fights. It’s camps and working with the trainer. At the same time, when you’re earning 40, 50, 60, 70 million dollars a fight, and you look at it, and this is the way boxing works, and you’re being paid that money.

“Then you lose, and you’re still a huge attraction, but if he fights someone in the top 15, someone that’s not so interesting for us, what can he earn? Five to ten million. That sounds like a lot of money, but not when you’ve been on that.

“You’re thinking, ‘I’ve got to box eight times for that now when I can box Fury for that?’ You’ll be thinking, ‘Well, Wilder knocked him down a few times. I’ll keep him down.’ That’s what he’ll be thinking.

“He clearly seems like a man who believes in himself. I’m not saying that would be my advice to him. I’m just telling you, no one can advise him because I believe he will be in a place where and he knows the sport now.

“He didn’t just start the amateurs now. I know he started late in life in boxing, but now he knows the game. So who’s anyone else to tell him, really? Yes, people should advise him, but he will make his own decision. That you can see from the outside,” said Sauerland. 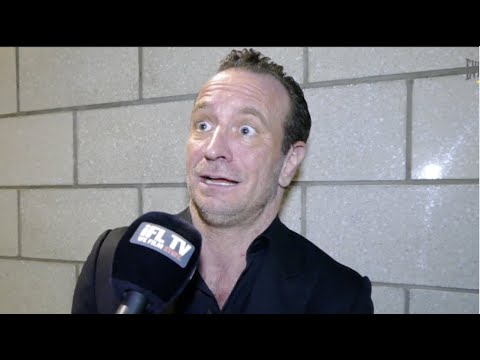 Read:  Tyson Fury Tears Into Usyk, Joshua – Says He Will Be Fighting Dec. 3rd, Joshua Or Not
Share12
Tweet