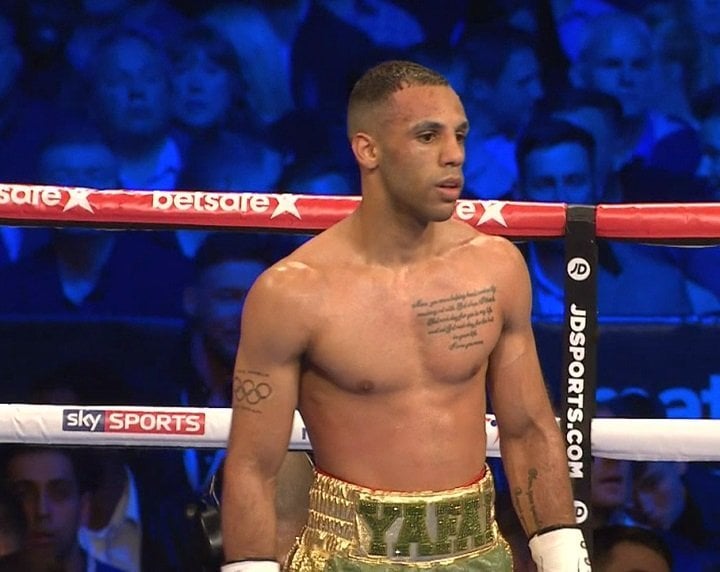 Tonight in Cardiff on the big Joshua-Takam card, WBA super-flyweight champ Kal Yafai retained his title with a wide 12 round UD over a somewhat reluctant Sho Ishida of Japan. The Birmingham man, making the second defence of the title he won back in December of last year, won by a wide (and accurate) score of 118-110 on one card and a too close 116-112 on the other two cards. Yafai is now 23-0(14). Ishida, who was having his first fight outside of his homeland, is now 24-1(13).

Not much was known about Ishida coming in, a number of his wins coming over opponents with poor records, no less than six of them actually boxing their pro debut against the tall, skinny fighter. Maybe Ishida was a little overawed fighting in front of such a huge crowd (still filling up as it was, awaiting the main event) but his lack of aggression was notable, especially in the first half of the fight.

Yafai was never hurt, Ishida was never hurt. It was that kind of fight. Yafai tried to make a fight of it, at times unloading some good body shots but Ishida was too often either on the back-foot or out of punching distance and was not doing anywhere near enough work to take the title.

The final third of the largely dull encounter was the most enjoyable, with things heating up in the eighth. Yafai stung the challenger, forcing Ishida to fire back. For a brief time a fight broke out. Yafai was putting everything into his shots in these, the latter stages of the fight, perhaps looking to close the show. But Ishida kept to his boxing and avoided any hurt.

At the end there appeared to be only one winner, even if Ishida raised his hands at the final bell. Yafai, who has been spoken of as a possible opponent of former multi-weight ruler Roman Gonzalez, said post-fight that he wasn’t overly happy with his performance tonight, but the lack of action aside (which was largely down to the challenger) Yafai boxed well and won with something to spare.

Fans in attendance in Cardiff, and those who have paid for the pay-per-view, will be hoping tonight’s action heats up in a major way though.