Eddie Hearn says Anthony Joshua insisted on taking the rematch with Oleksandr Usyk next rather than take an interim fight to get ready for the match.

Joshua (24-2, 22 KOs) wants to get revenge and win back his IBF, WBA & WBO heavyweight titles that he lost against Usyk (19-0, 13 KOs) last September in London. He’ll face Usyk on August 20th on DAZN PPV in Jeddah, Saudi Arabia.

It bothers Joshua that he didn’t fight the way he knows how against Usyk, and it cost him the fight. Now, AJ will get a chance to redeem himself 11 months after losing his belts, and if he still can’t defeat Usyk, there’s no point in facing him again.

Joshua will have tried & failed with two different game plans. Changing trainers was hardly necessary for Joshua because he knows how to fight aggressively, as he’d done virtually his entire career until his last contest against Usyk.

“Whenever you make a fight of this size, especially in a new location outside of the norm, things take longer,” said Eddie Hearn to Matchroom Boxing, when asked why it took so long to make the rematch between Joshua and Usyk.

“I think with the issues with Oleksandr Usyk and obviously Ukraine as well, it’s definitely a few months later than expected. I’m delighted that we’re finally here.

“It’s the only fight that AJ wanted. He could have gone and taken an interim fight or a fight outside of the rematch agreement. He wasn’t interested. He wants to be the heavyweight champion of the world, he wants to be a three-time world champion, and he wants revenge against Oleksandr Usyk,” said Hearn.

If Joshua had taken an interim fight, he would have needed to face a slick fighter that would have helped him get ready for Usyk’s style.

That would have meant Joshua facing someone like Frank Sanchez, who is a defensive fighter that is difficult to hit cleanly. It’s a good thing Joshua didn’t take an interim fight because facing someone like Sanchez might have led to problems similar to the ones AJ experienced against Usyk.

“Like I said, it took a couple of more months than anticipated, we’re delighted it’s here and this is what he wants,” said Hearn. “When you talk about delays and COVID, that really stopped the growth of boxing in the kingdom.

“When we came with the Ruiz fight, that was 2019 in a purpose-built stadium for that fight and the intention was to stage a lot more boxing here.

“We’ve seen tremendous growth in the kingdom. I think grassroots boxing is up 300% in terms of participation, but that growth naturally slowed during the pandemic.

“Now with the chance to regain momentum, and this is the biggest fight in boxing right now. It’s certainly the biggest fight to take place in the kingdom. It’s a major win for them to bring the world heavyweight championship here. 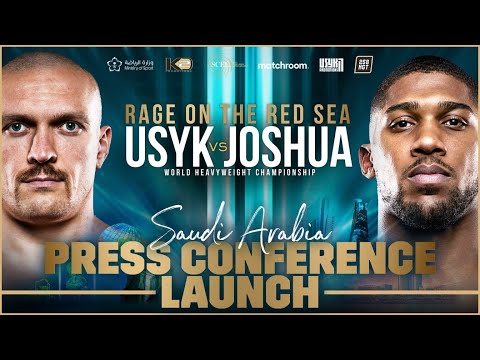