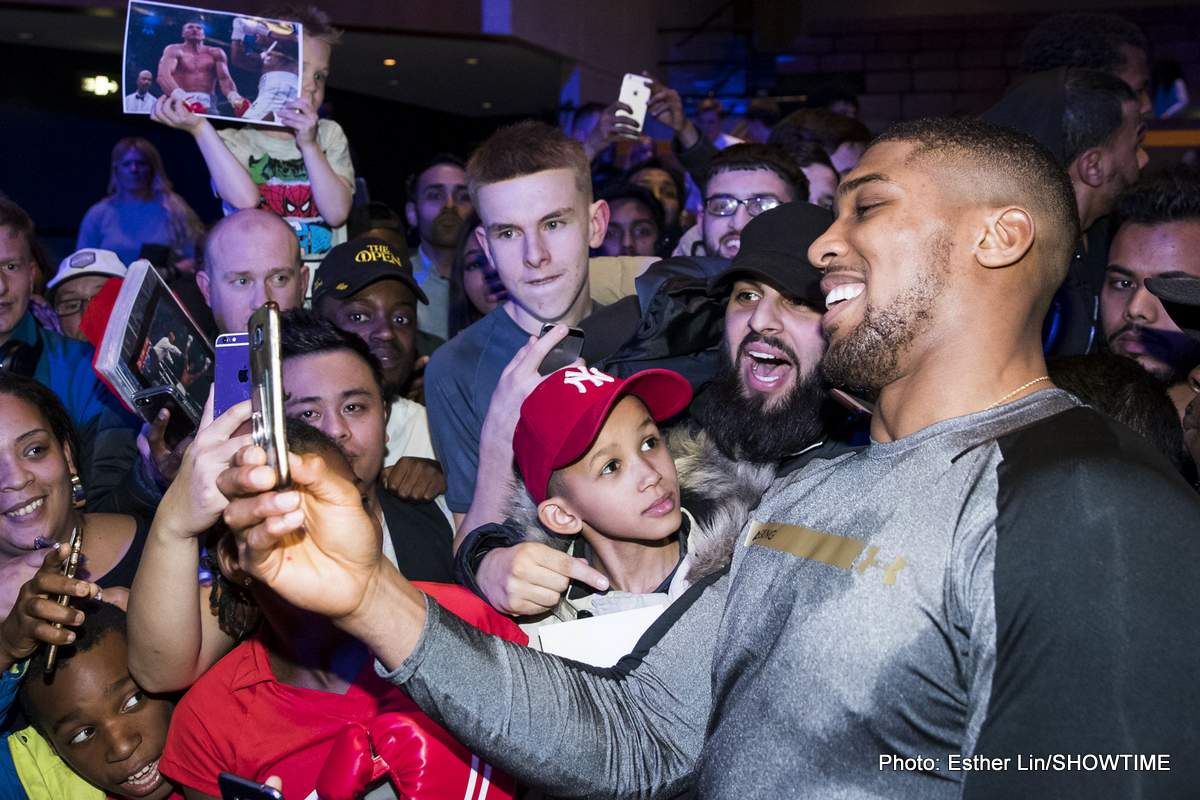 Though he has said he will not be in attendance at the fight on December 1 (and is still getting some criticism as a result) WBA/IBF/WBO heavyweight champ Anthony Joshua does have a great deal of interest in next Saturday night’s fascinating, tough-to-pick-a-winner, Deontay Wilder-Tyson Fury fight. And, in speaking with Sky Sports today, AJ said a fight between he and WBC ruler Wilder “has to happen.”

But of course, for it to happen Wilder has to beat Fury – and AJ has acknowledged this, stating how “I need Wilder to win.” Joshua put up a tweet this week, in which he wrote how he will become undisputed heavyweight champion of the world in 2019. To do that, AJ must take on and defeat either Wilder or Fury.

“I need Wilder to win. It gives me more of an opportunity to fight him,” Joshua said to Sky Sports. “As a champion, if he retains his belt, that’s the fight that people have been yearning for, so hopefully 2019 is going to be a big year for me. I think this fight will happen. It has to for the love of the sport, especially where we’re at in our careers. The Wilder fight has to happen. We’re both champions. Fans are demanding it. It’ll be a double-sided fight. For me, the first one will take place in London at Wembley.”

But what if Fury dethrones Wilder? That would perhaps delay things, at least as far as AJ is concerned, as the rematch clause in place would see to it that Fury and Wilder fought again. But if Wilder does come through what is arguably his toughest test yet at pro level (or maybe you would argue how his winning fight with Luis Ortiz was a tougher assignment for Wilder), Eddie Hearn, and Joshua, will be waiting to talk.

Joshua is right in as much as a fight between he and Wilder needs to happen, but it is also true that a fight between next week’s winner and Joshua needs to happen. Who knows if there will actually be a return fight between Wilder and Fury – what if either man wins in such utterly convincing fashion, say via brutal and quick KO, that not only is no sequel needed, but the loser wouldn’t want one anyway?

That way, in an ideal world, there would be nothing to stop next week’s winner from fighting Joshua next year. If only this sport were that simple.