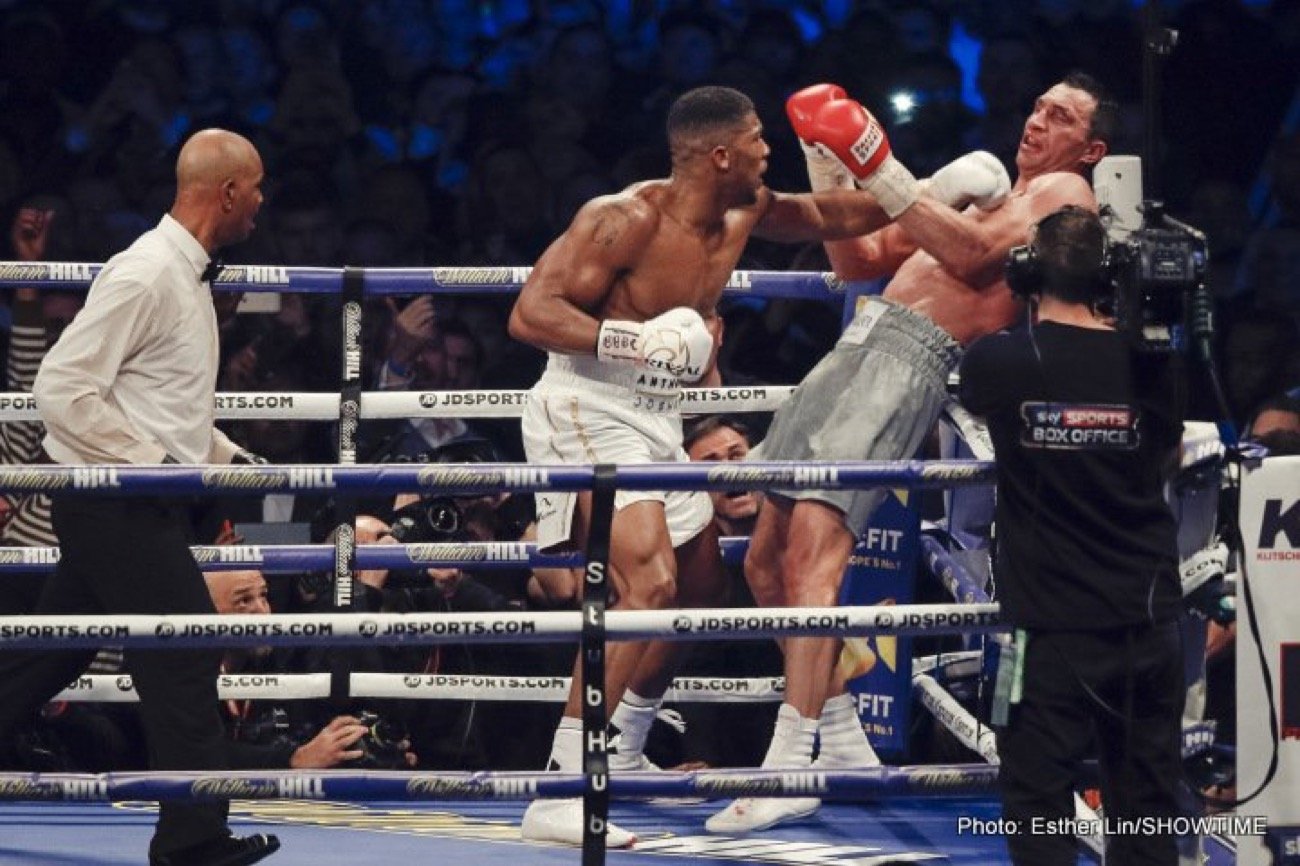 It’s three years (April 29, 2017) since Anthony Joshua, already a big name in the UK, became a global star by defeating Wladimir Klitschko in a great and action-packed, knockdown-filled battle at Wembley. Looking back now, with so much having happened in the career of Joshua since that massive night from 36 months ago, is it a valid question to ask – did Joshua peak that night?

Joshua has fought just five times since (compare that with the heavyweights of the golden era, the 1970s, when five fights a year was not completely out of the question for a star heavyweight), and he has of course been beaten. Joshua looked okay, if not great in beating Carlos Takam, he won a dull decision over Joseph Parker after that, then he overcame a rocky start to stop Alexander Povetkin in style, and then Joshua had his two fights with Andy Ruiz.

Ask yourself, has Joshua improved since the win over Klitschko? It could be argued that he has not. However, for a heavyweight, Joshua is still young at age 30; some big men of the sport reaching their peak in their mid-30s (see Lennox Lewis). So can Joshua come back (once the boxing schedule returns to normality) and put together some special performances that will top his late-rounds, up from the floor stoppage win over Klitschko? Who knows.

Some critics says Joshua will never be quite the same after what Ruiz did to him last June; these naysayers adding how we can forget the rematch win scored by AJ, that Ruiz was simply completely out of shape and was lacking any real desire. And did Joshua impress you with his decision win over Ruiz? Really? Again, Joshua, who certainly lives the life of a fighter, of an athlete, has plenty of time on his side. But it could be that that magical night of three years ago will never be topped.

Throughout boxing history, there have been fighters who put on their absolute peak performance in winning the world title, and were never quite as special ever again. Maybe this is how Joshua will be remembered?

Or can Joshua go on to defeat Tyson Fury? Such a win would perhaps make fans forget all about that bad night AJ had against Andy Ruiz.