Josh Taylor and Jose Ramirez both weighed in at 139.6 lbs on Friday at their weigh-in for Saturday’s huge undisputed light-welterweight showdown on ESPN at the Virgin Hotels Las Vegas, in Las Vegas, Nevada. – Fight fans outside the US can watch the fight LIVE on FITE (click here!)

WBC/WBO light welterweight champion Ramirez (26-0, 17 KOs) looked like he was ready to start slugging with IBF/WBA champ Taylor (17-0, 13 KOs) on the spot during the face-off. Ramirez had the look of a guy that was off the leash, ready to thrash the Scottish fighter Taylor for all the trash-talking he’s been doing lately. 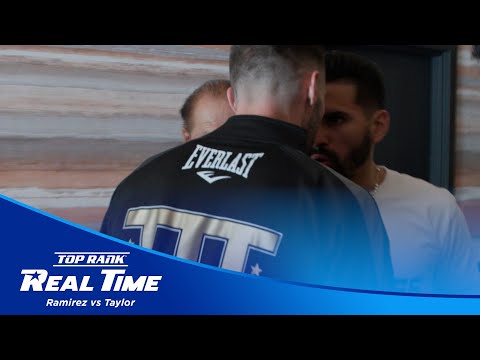 Taylor is convinced that Ramirez won’t be able to deal with his boxing ability in this fight, but we’re going to have to see. Ramirez is a fair boxer himself, and it could be interesting if the fight takes place on the outside.

I can’t see that happening. Taylor is too temperamental for him not to want to brawl with Ramirez.

The winner of this fight will hold all four titles at 140, and it could be the last time they fight in the division. In Ramirez’s case, he already said that he plans on going up to 147 if he’s successful in unifying the 140-lb division against Taylor.

That’s a misconception on the part of the boxing fans, who have assumed that Ramirez would fight Crawford because they’re both with Top Rank. But according to Ramirez, he’ll decide who he wants to fight.

You can argue there’s more money for Ramirez if he faces Errol Spence Jr because he’s a proven pay-per-view attraction. 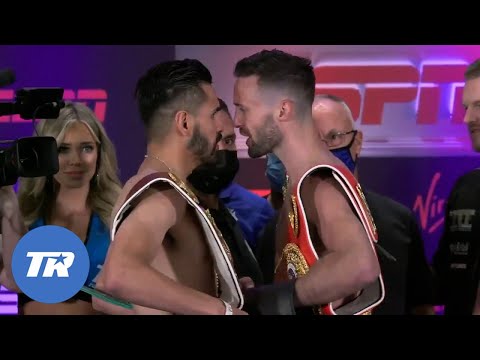 “Keep your chin tucked in,” said Ramirez to Taylor on ESPN.

“When you go against a guy like Josh Taylor, who is technical, it makes for a better, cleaner fight where two people can showcase their talents a lot easier and a lot better and make things more clear than when you fight a guy that is rugged, a guy who is crafty and throws punches from all different directions.

“I’m not saying he’s incapable,” said Taylor about Ramirez. “He’s an Olympian, he’s a world champion. I’m not going to sit here and disrespect him, he’s a very good fighter.

“He can’t resist getting in someone’s face and try and get in amongst them. That’s his makeup. I believe that’s him to the tee. That’s how you describe Jose Ramirez, although he’s very good at what he does,” Taylor said.

“I always dream of being in this moment facing the best,” said Ramirez. “From my first day of training camp, I’ve felt something in me, and I’m hungry.

“I’m very hungry for Saturday night to be victorious. It’s a very historical fight and it’s definitely going to bring something out of us for sure.

“I’m sure Josh Taylor feels the same way. It’s going to bring something out of us that we still haven’t yet shown, and I think you’ll see one of the best fights in 2021,” said Ramirez.

“I’m saying I’m the better fighter, that’s all I’m saying, and I know for a fact that when it gets tough, I can get down and keep digging and digging, I’ve proved it,” said Taylor.

“I don’t need to prove that I’m a tough guy. When the first fight comes out of me, I’m going to come out right in the middle and meet Jose in the middle. I’m going to beat him at his own game,” said Josh Taylor. “I’m going to push him back and knock him out on Saturday.”

That would be a big upset if Ramirez wins this fight because the boxing fans and the odds-makers see Taylor as having too much ability.

Taylor did look beatable in his fight two years ago against Regis Prograis, and he should have been stopped after his eye closed completely in the second. How the ringside doctor allowed Taylor to fight in that condition is anyone’s guess. 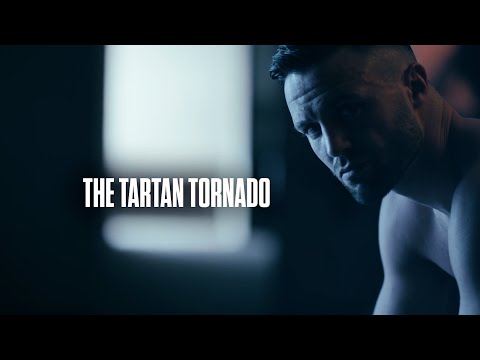 Jose believes he could KO Taylor

“Yeah, it’s very possible, I’m stronger than ever,” Ramirez said when asked if it’s possible that he could knock Taylor out on Saturday. “I’m very determined to achieve my goals, and I’m a very blessed man. I feel like I was born for this, I was born to do what I do. It’s going to be one great fight to watch,” said Ramirez.

“I’ve got an abundance of experience of boxing all over the world, fighting on big stages. I don’t need to fight everyone just to get a fight.

“I’m getting all the preparation I need sparring in the gym. I’ve had great preparation, so I don’t see it as an issue. I’m going to be in great shape on Saturday. May the best man win on Saturday. I firmly believe it’s myself,” said Taylor.