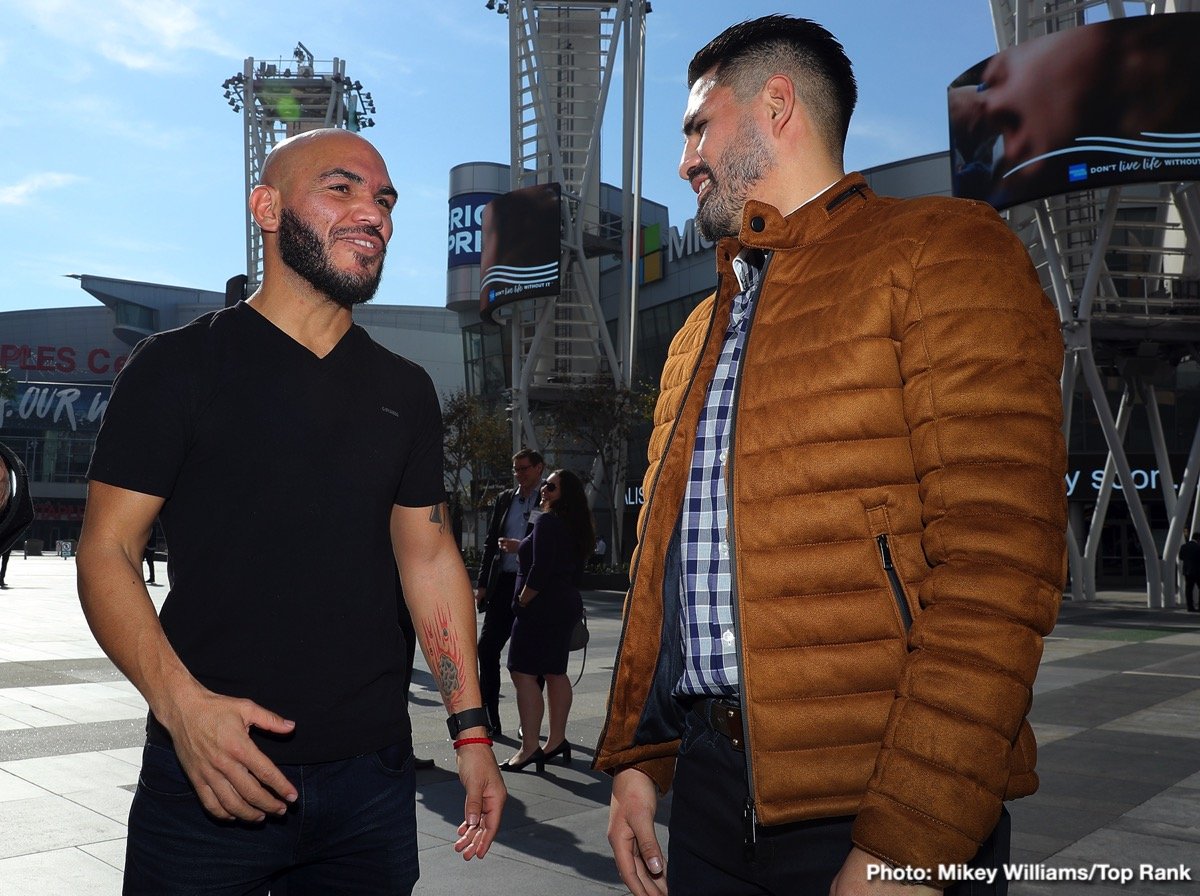 WBC super lightweight world champion Jose Ramirez is intent on his staking his claim as the world’s best 140-pounder.

Former WBO lightweight world champion Ray Beltran, who lost his title to Jose “Sniper” Pedraza last August, will move up to the super lightweight division for his next challenge.

Ramirez will make the second defense of his title against Jose “Chon” Zepeda, and Beltran will face the unbeaten Hiroki Okada in a 10-round super lightweight bout on Sunday, Feb. 10 at the Save Mart Center in Fresno, Calif. Ramirez-Zepeda and Beltran-Okada will headline a special ESPN/ESPN Deportes telecast, which begins at 7 p.m. ET/4 p.m. PT. Ramirez will auction off his fight-worn trunks, special gloves, shirt, and shoes, with all proceeds benefitting the Community Cancer Institute in Clovis, Calif. A portion of all ticket sales will also be donated to the Community Cancer Institute.

Ramirez defended his title last Sept. 14 in a Fight of the Year contender versus Antonio Orozco, scoring a pair of knockdowns and winning a unanimous decision.

On Monday, Ramirez and Beltran met the media. This is what they had to say.

On his second fight with Robert Garcia

“Our chemistry is great. My confidence is growing with every fight. He is bringing the best out of me. I’m still a young champion, and I am only going to get better. This has been the best camp of my career. Robert is bringing the fighter out of me and working on the things I need to work on.”

“I’m more concerned with what I bring to the table. Zepeda is a good fighter. He is 30-1 and a solid southpaw boxer. It’s my job to neutralize him and take control of the fight. I’m still a hungry fighter. I train to win. Hopefully, Zepeda helps me grow as a fighter.”

On potential fights, including Regis Prograis

“It’s going to happen. It’s a matter of when it will happen. We both want to fight. When his tournament is over, we can make it a reality. I have my job to do, and I would love to unify with Maurice Hooker. But my focus now is Zepeda. I have to beat him to make those other fights a reality.”

On the Pedraza loss and his surgically repaired left hand

“I don’t want to make excuses about the fight. I respect Pedraza. He fought a great fight. It was his night. I’ve used my hand in sparring against welterweights, and it felt great.”

“Okada is a dangerous fighter who will come forward and make for an entertaining fight. If the knockout comes, it comes.”

On the status of his green card application

“Hopefully, in the next few months, I’ll get my green card and then become a citizen after that. I love Mexico and visiting my family there, but my life is here now. This country has given me so much.”