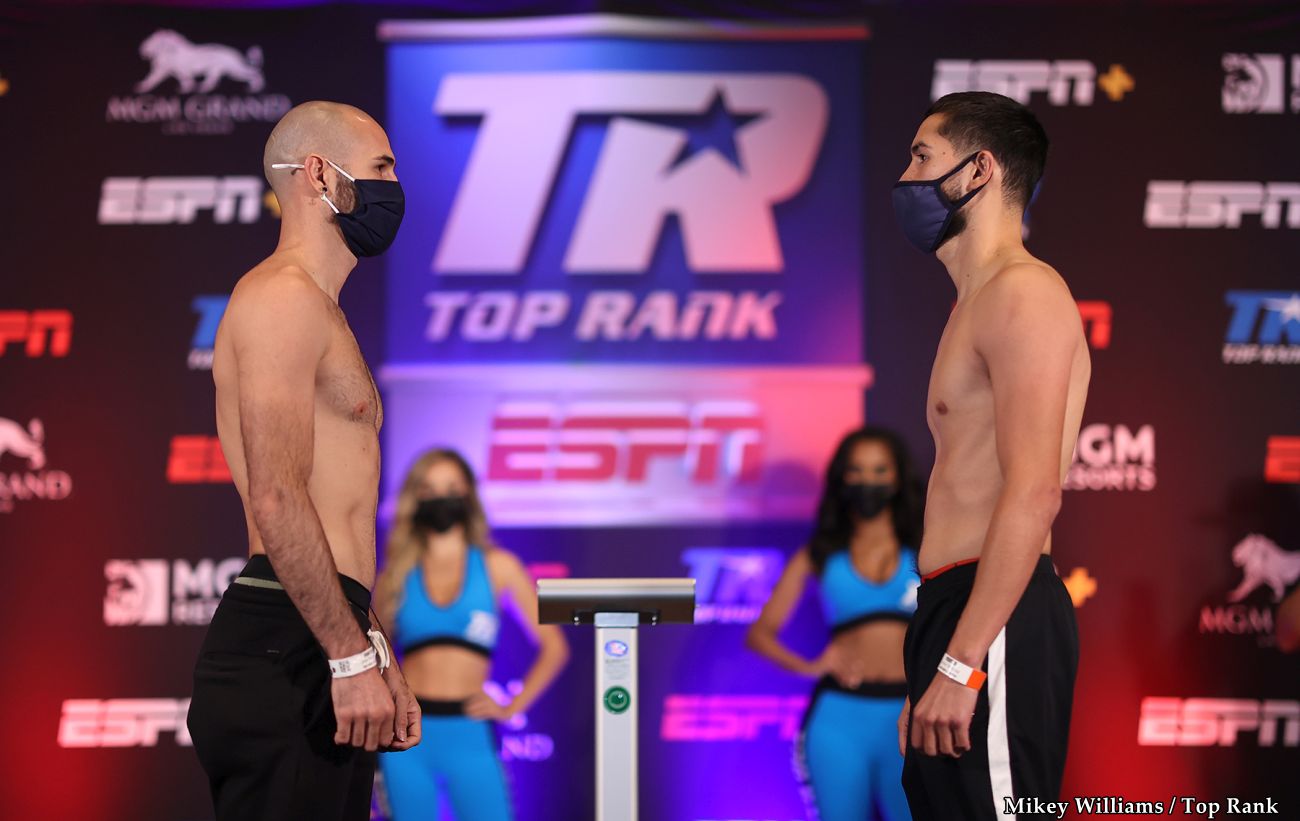 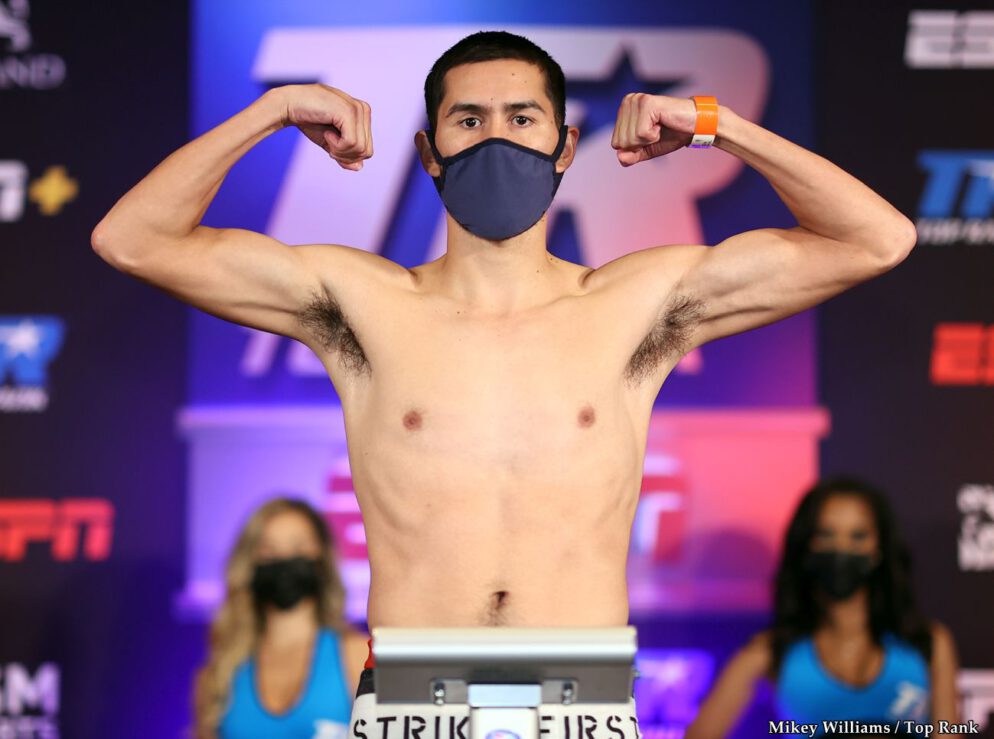 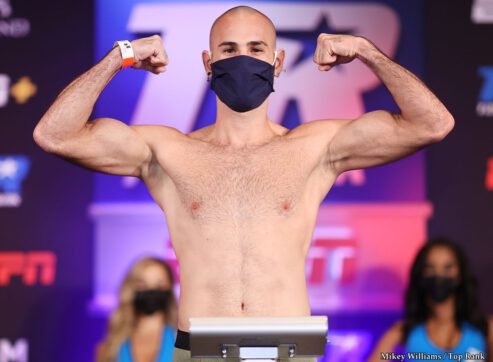 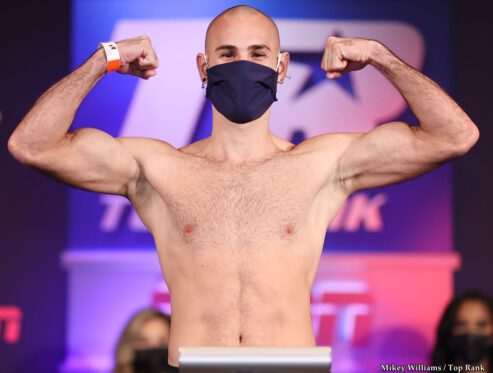 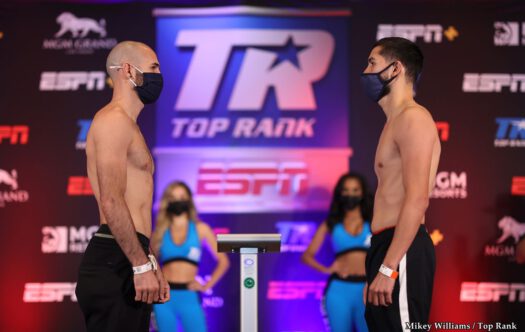 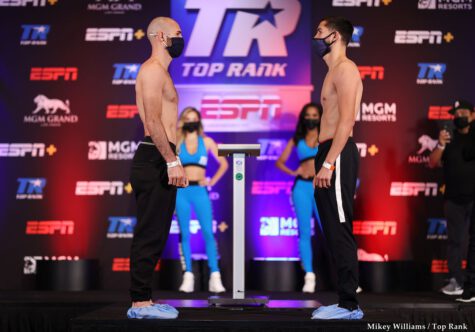 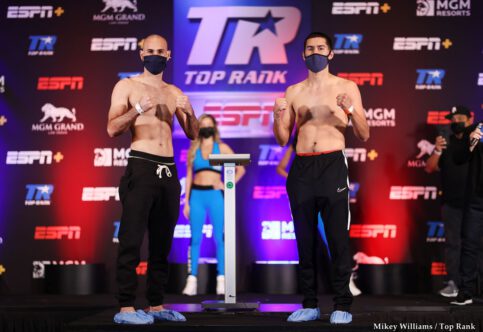 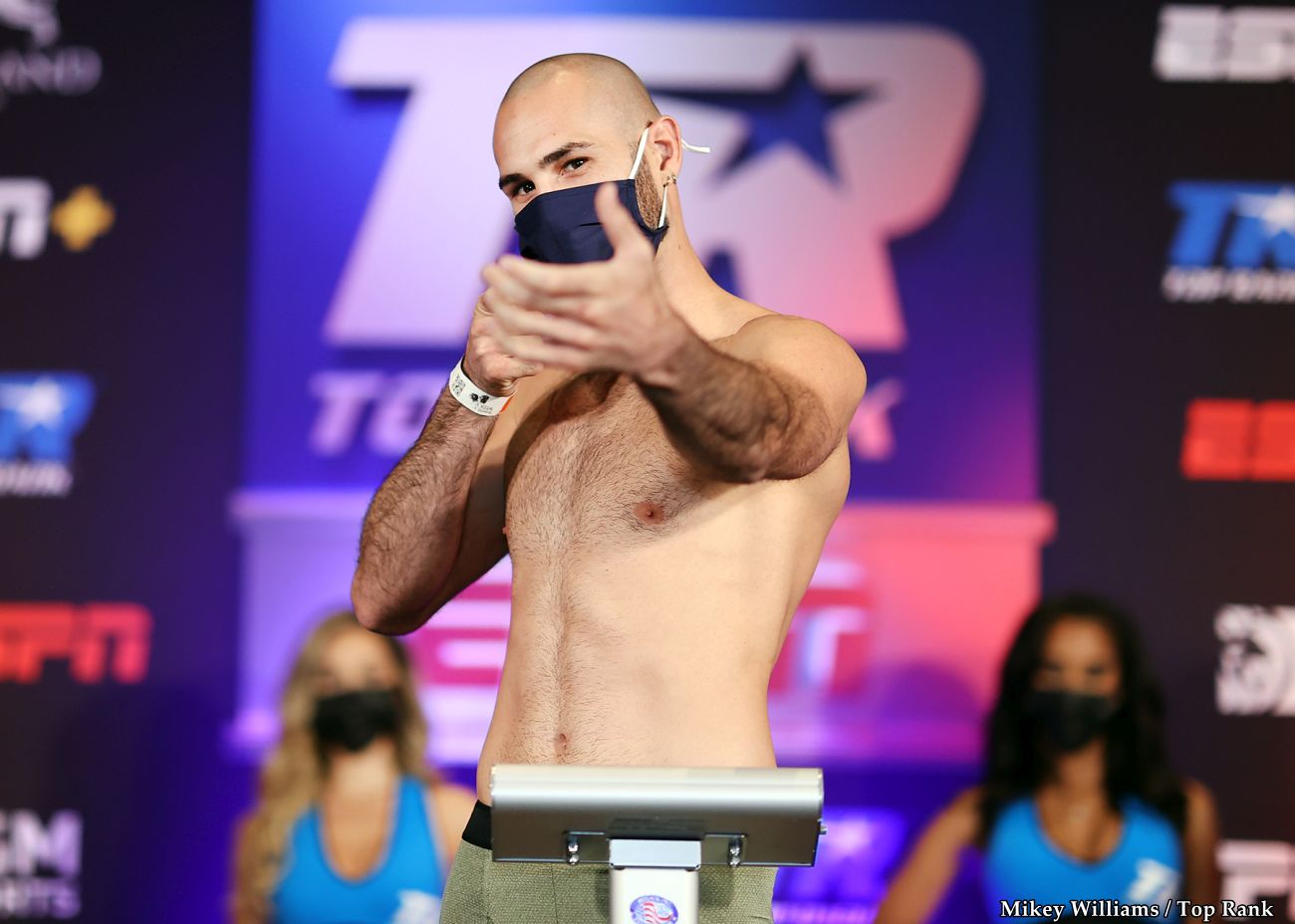 Junior welterweight contenders Jose Pedraza and Javier Molina have shared history. Both were 2008 Olympians in Beijing, with Molina representing the United States and Pedraza fighting for Puerto Rico. As professionals, Pedraza has won world titles at junior lightweight and lightweight, while Molina has taken a more circuitous route to a main event.

Pedraza and Molina will square off in the 10-round headliner Saturday evening from the MGM Grand “Bubble” (ESPN+, 7:30 p.m. ET), with the winner positioned for a potential world title opportunity.

Pedraza is a little more than two months removed from a lopsided decision win over Mikkel LesPierre, while Molina has won four fights since signing with Top Rank in early 2019.

Molina, following a pair of defeats, took more than two years off from the ring and worked the overnight shift at a Southern California warehouse to pay the bills. Following an upset win over Amir Imam on the Deontay Wilder-Tyson Fury II undercard, he now faces the most accomplished fighter of his 11-year pro career. 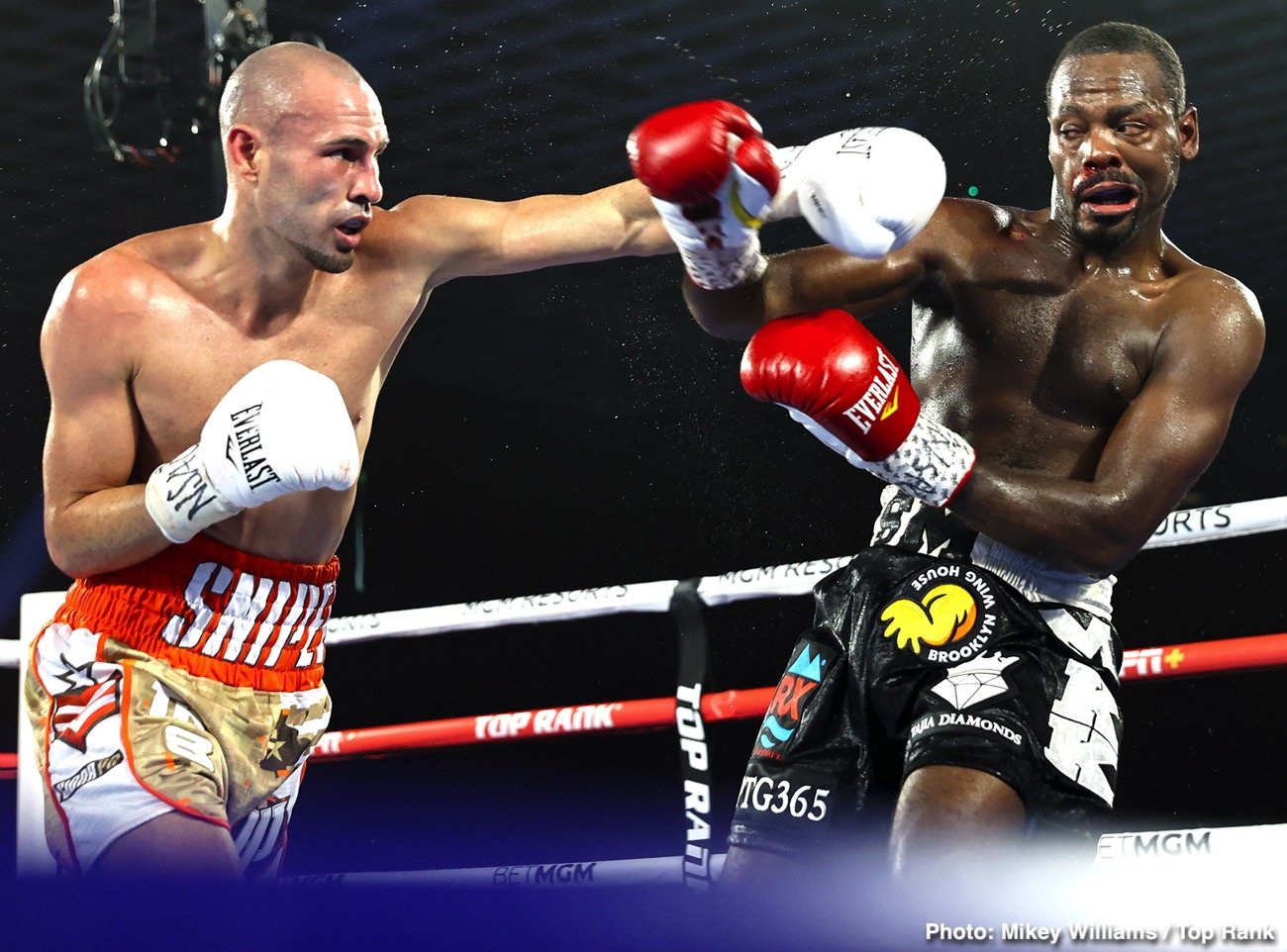 Two days before their “Bubble” main event, Pedraza and Molina met the media for a Zoom press conference. This is what they had to say.

“There were some tough times where I thought about not fighting anymore, but I have so much to give in the sport. That’s why I decided to turn my career around. I have dedicated myself to the sport, and that’s why I’m this position right now.

“By beating Pedraza, I put myself in a good position to challenge for a world title. I know that a victory against a great name like Pedraza will bring me closer to that opportunity to become a champion.

“We have answers for anything he brings. I can adapt to whatever he does the ring. If he wants to brawl, we’re going to brawl, and if I have to box and move around, that’s what I will do to win the fight.

“Pedraza looked good against LesPierre, but I’m not LesPierre. He is flatfooted and I’m not. We have been studying all his recent fights and my game plan is similar to what Lomachenko and Zepeda did against him. If they think I’m going to be outgunned this Saturday, they are in for a big surprise.”

“I have my sights set on a world championship at 140. My goal is to join the select club of three-division world champions from Puerto Rico. That’s why this fight against Molina is so important. I know that a big win on Saturday will put me a step closer to that opportunity of challenging for a world title in the junior welterweight division. It’s a must-win for me.

“I know that I’m very close to a world title opportunity, but my total focus is on the fight I have in front of me. I know Molina is a good fighter. I have never overlooked him. I have prepared with that in mind and that’s why I have trained very hard for this fight. I’m ready to send a message to the two champions and all the contenders in the division. 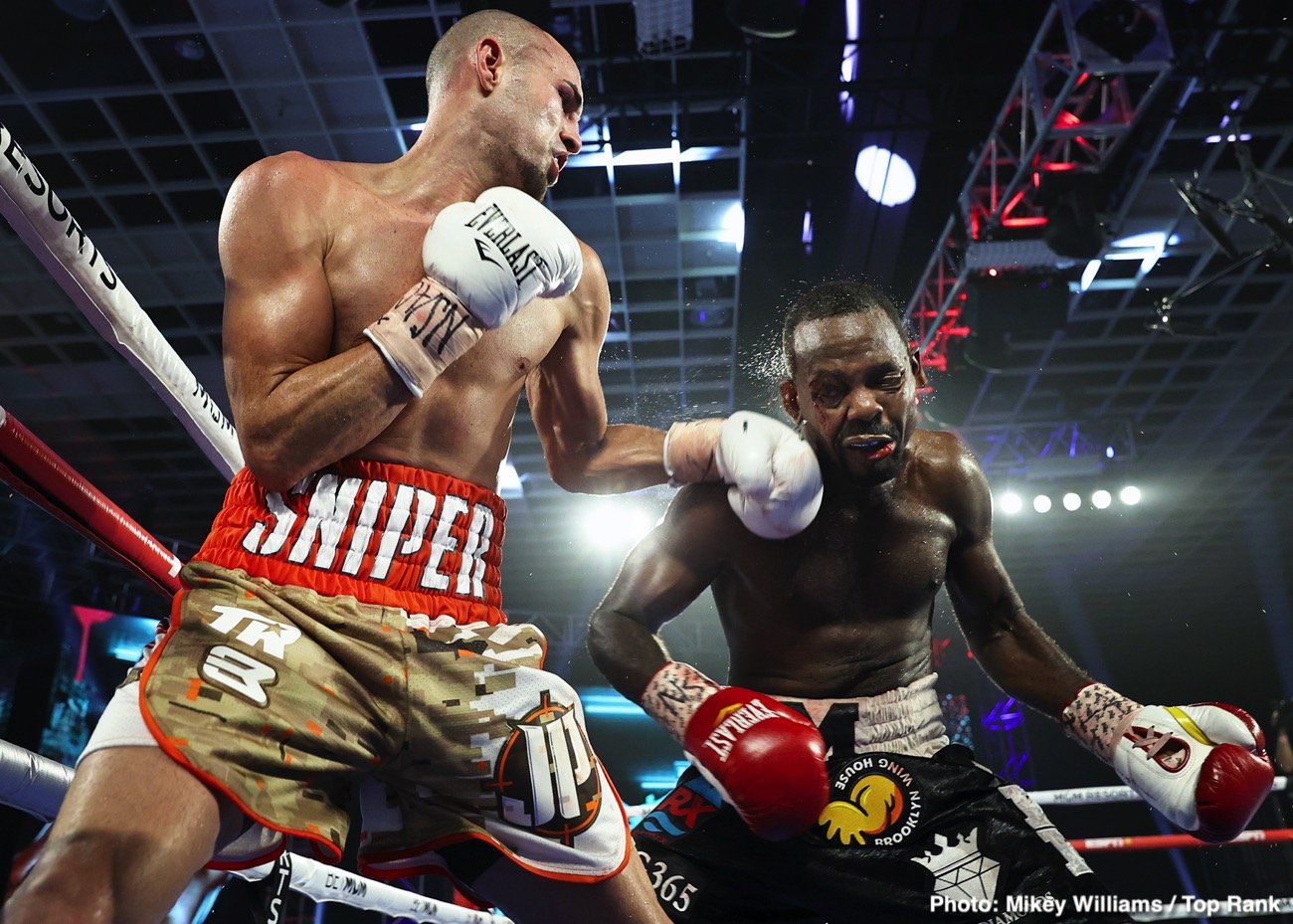 “He says he’s “El Intocable'”(The Untouchable), but I’m the ‘Sniper’ and I come with great precision to erase the nickname “El Intocable” that Javier Molina has. This will be another chapter in the historic rivalry between Mexico and Puerto Rico. It will be a great fight.