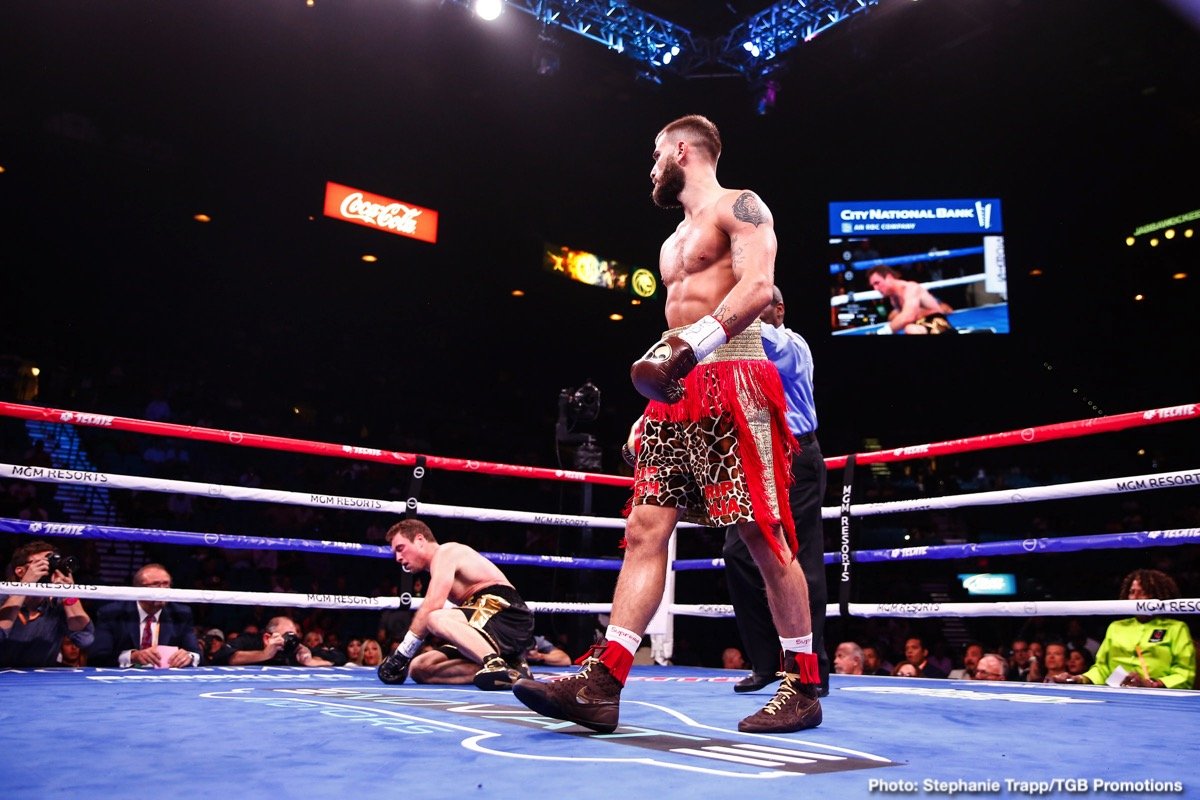 Plant is back in the picture for Canelo’s next fight after the Mexican star had a change of heart about taking on WBA light heavyweight champion Dmitry Bivol on September 18th. Canelo prefers to fight Plant, which is a far easier fight on paper for him than Bivol.

Benavidez sees Plant (21-0, 12 KOs) as less talented than Canelo’s last opponent WBO super middleweight champion Billy Joe Saunders, who he put in the hospital after fracturing his right eye orbital bone in the eighth round last May.

Saunders wound up needing surgery to repair the damage Canelo did to him, and now it appears his career is over. If Saunders ever fights again, it’ll be a surprise.

Jose has studied Plant’s past fights, and he notes that he’s looked vulnerable against old-timer 38-year-old Caleb Truax and Jose Uzcategui. 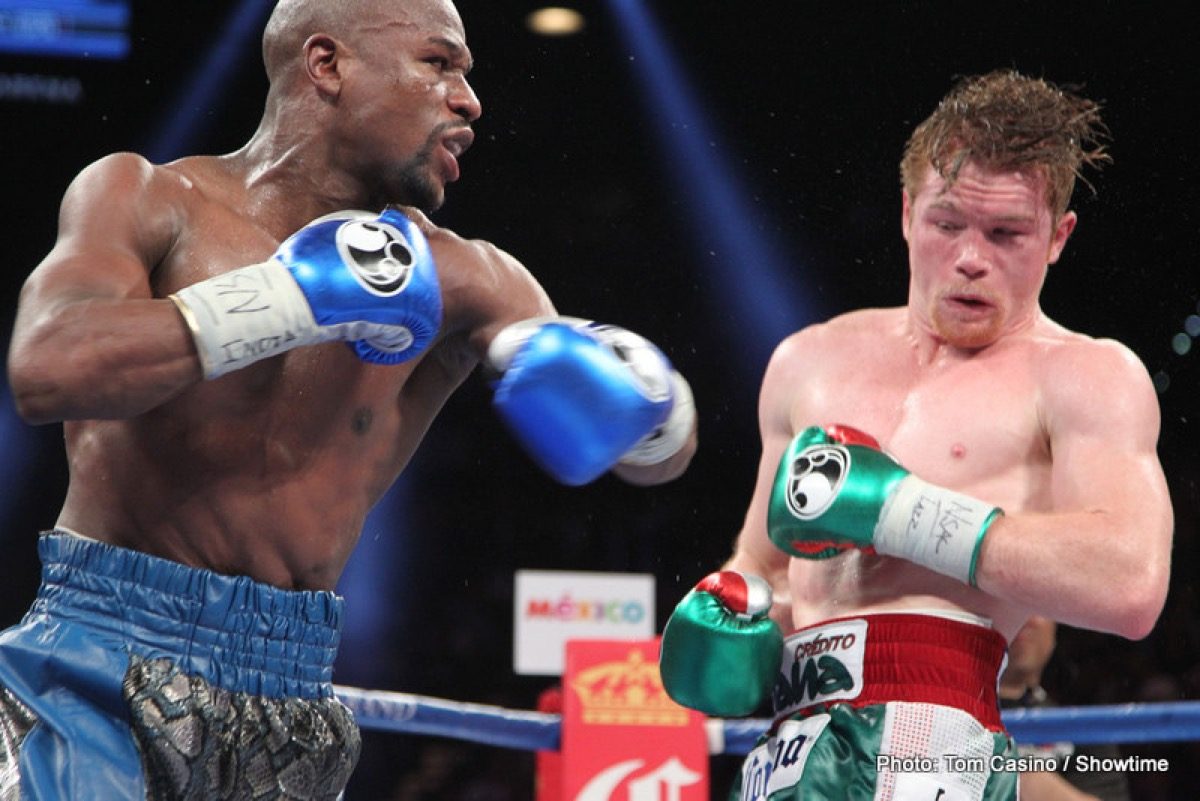 “Caleb Plant, you seen what he did when he fought [Caleb] Truax, he didn’t really look that good. I don’t think he’s [Plant] is ready.

“I think he’s going to end up in the hospital even worse [than Saunders], but he’ll have all that money to be happy,” said Benavidez.

Canelo may damage Plant bad enough to be put in the hospital, but he’ll catch up to him first. Plant is a good runner, and he’s got an excellent jab.

When Plant gassed out after six rounds against Jose Uzcategui in their fight in 2019, he ran and held for the last half of the contest. If not for Plant building up a big lead in the first half of the fight, he would have lost. He looked terrible against Uzcategui down the stretch.

Obviously, Canelo has seen the Plant vs. Uzcategui fight enough times to know that he can beat the IBF champion without question. If Canelo didn’t feel he could beat Plant, he probably wouldn’t be getting the fight.

“If they’re moving around and they get caught with a little body shot or that arm, they feel that power,” said Jose Benavidez about Canelo’s flawed opponents he’s been fighting lately. 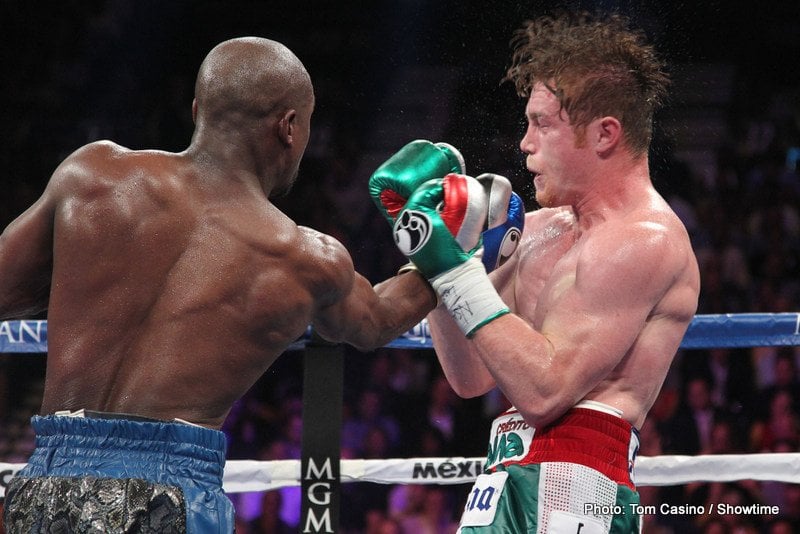 “They don’t know how much power he has until they’re inside. I study all that so one day David Benavidez can fight Canelo, and he’s a very dangerous fighter.

“We have to do our homework and do the best that we can to study and see what he does wrong or what things don’t work for them.

“There’s no secret to this man, to be honest with you,” said Benavidez about Canelo.

“They go there a little bit afraid. With David Benavidez, there are no secrets to David. Davis is going to come forward; he’s going to do what he does and throw his punches on the inside,” said Jose.

Not many fighters attempt to fight Canelo on the inside because he’s got an excellent uppercut he throws at close range.

None of the guys Canelo has been fighting over the last ten years had much of an inside game. Plant can’t fight on the inside, so it’s useless to him whatever advice Jose has.

David Benavidez (24-0, 21 KOs) would be a real problem for Canelo on the inside, but he’s probably not going to get a chance to fight him. The one chance that Benavidez has to get a fight with Canelo is to become mandatory for his WBC 168-lb title.

If Benavidez wants a fight with Canelo, he would probably need to follow him up to 175 and wait to see what happens after he challenges for a world title against Bivol, Joe Smith Jr, or Artur Beterbiev.

Staying close to Canelo is key

“He’s a very good inside fighter, and he is going to come forward,” said Jose Jr about his son David Benavidez on how he plans on fighting Canelo.

Read:  Sanity Prevails As Riddick Bowe's Ring Return Is Off

“Even though little taps, when you have a fighter with his defense, if you tap them and tap them, they’re not sitting right in order to throw their punches.

“If you see Canelo, he lunges in with his front foot when he throws those big shots. So what the fighters do, the ones that are moving out, they want to move out right away.

“So he [Canelo] already knows that. So by the time he blocks, then he pushes long hooks, and he’s going to catch them because of that. So now, if you stay in short with him, it’s not going to be the same.

“Canelo needs room to throw those big punches. So, we’re [David Benavidez] going to try and stay in there and push him back.

“Another thing that people don’t do a lot [with Canelo] is going to the body, and we’re going to have to go to the body.

“We have to go to the body. I don’t think Canelo protects that body a lot because he doesn’t even get hit there.

“So everybody tries to head-hunt. Our plan is to push him back and work with that jab, working in that good jab, and slipping in good defense, fighting on the inside snd try to get him off balance,” said Benavidez.

Again, it would be a waste of time for Plant to try and stay close to Canelo because he’ll get taken apart quickly if he uses that strategy. Benavidez would be a nightmare for Canelo if he could get a fight with him, but it seems like it’s too much to hope for that match to happen.