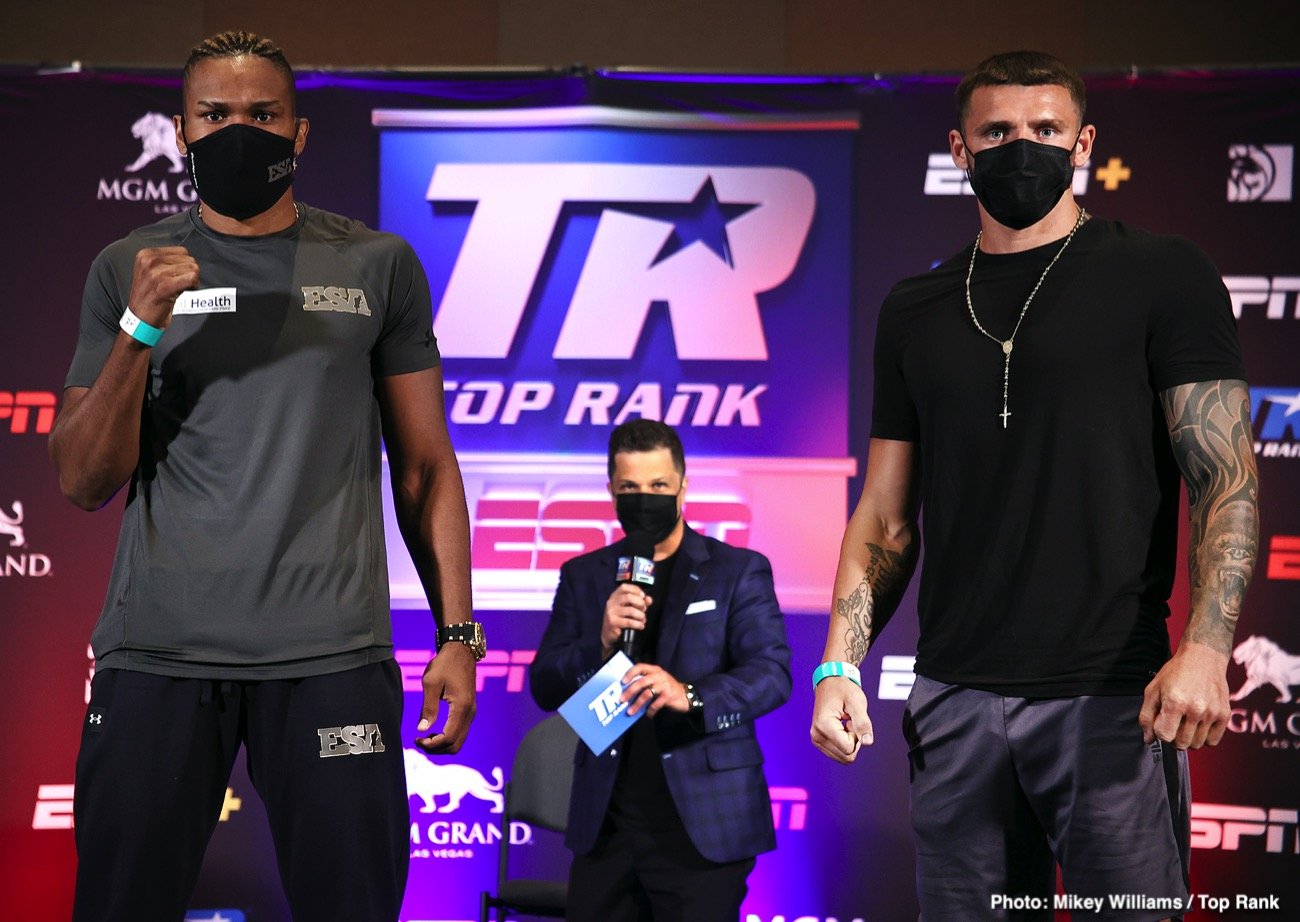 This is what two of the division’s heaviest hitters had to say.

“I feel 100 percent. I feel no pain since the recovery {from an injured shoulder}, so I feel great.

“{The Michael Seals knockout} was my first fight in 11 months, so I’m happy to be back. I want to put on a good performance. I felt that with the performance against Seals, I tried. I would’ve been happy with a decision. I was trying different things, but I got the knockout.

“It was hard for all the boxers, especially in the first two months to train, because everything was closed. We had to adapt to that. Now, things seem to be getting a little more back to normal. The gym is open. 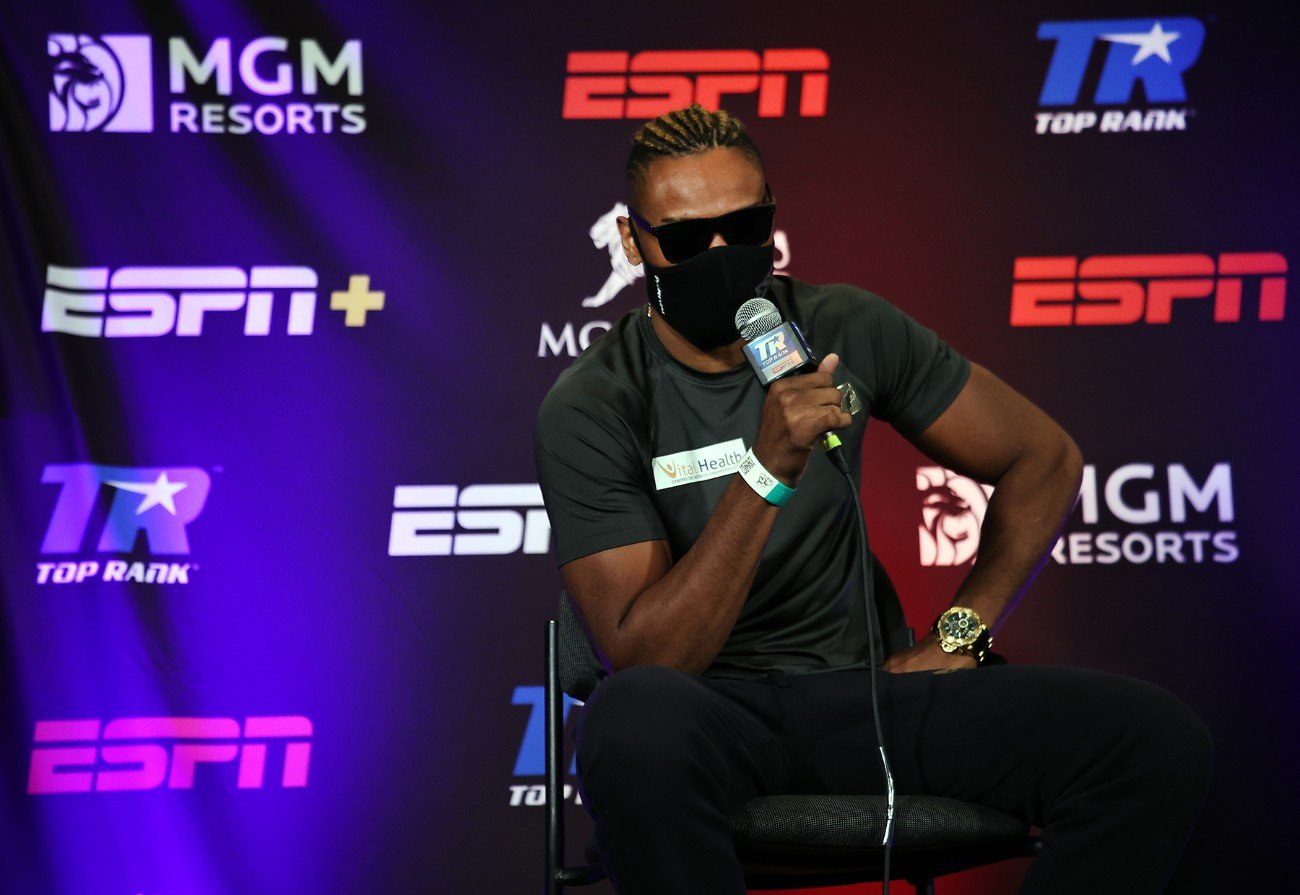 It’s not what it was. Hopefully, the pandemic can be over, and we can get back to normal. There were challenges, but we had them like every other fighter.

“Being the underdog, I always feel like I have something to prove. I don’t mind it. I like getting in there and proving the world that I belong at the top and should be a champion.

“The {first-round knockout} over Fonfara, I was like a 20-1 underdog in that fight. I came out and definitely shocked the world with that knockout. It got me here. It got me all the fights and the opportunities that I’ve gotten since.

It all led up to this, and this one’s the big one. I’m really excited to be here and looking forward to getting another shot at a title.

“Same thing with Jesse Hart. I was pretty much the underdog in that fight. He was talking a lot, and I just kept it cool. I went in there and did what I had to do, and I got the win. That’s what I gotta keep doing.

“This is the number one priority right now for me. I’m just focused on getting this win Saturday night, so I trained very hard. I’m well prepared. As far as the tree business is going {Smith and his father own and operate Team Smith Tree Service on Long Island}, it’s definitely doing well. Due to the storms, we picked up some work. 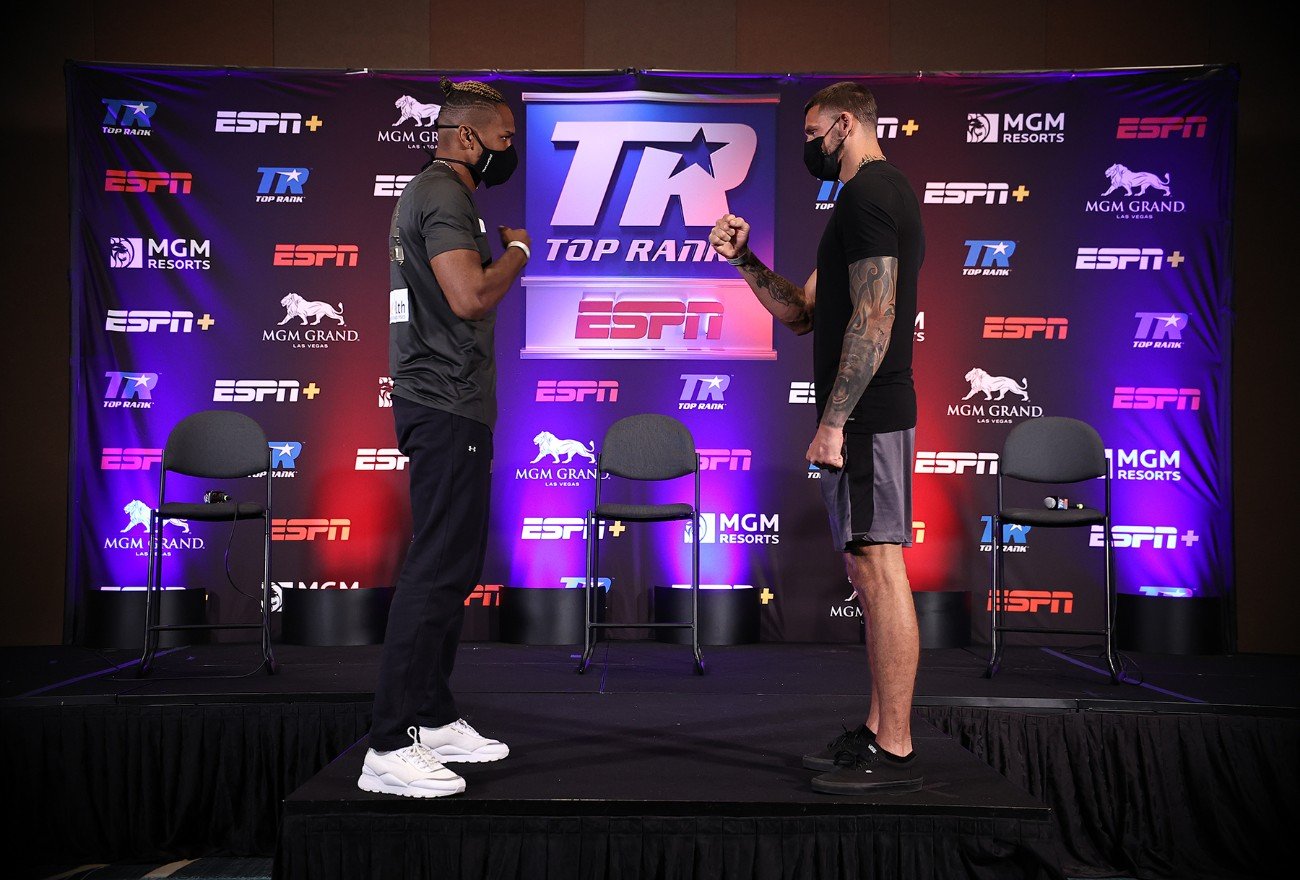 It was a little slow for some time because of the COVID 19, but it definitely has picked up. My father’s out there every day. He’s doing all the estimates. He’s running the business. I just pop in here and there. I haven’t been doing much with the business. I’ve just been focused on this.

“The only thing, this guy over here is trying to stop me from accomplishing the goal that I have set for myself.

“I’m just going to get in there and give it my all. I plan on coming out on top. I just want to put on a great show for everybody and have a great night.” 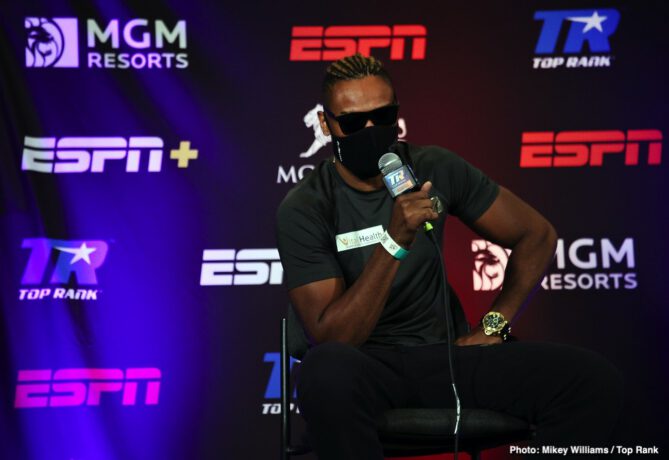 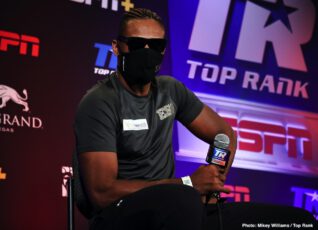 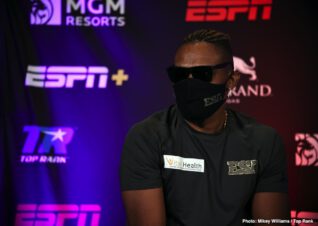 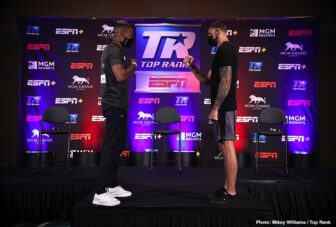 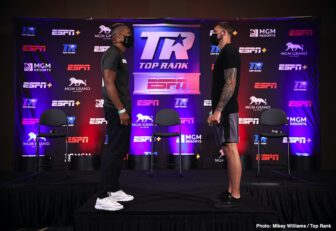 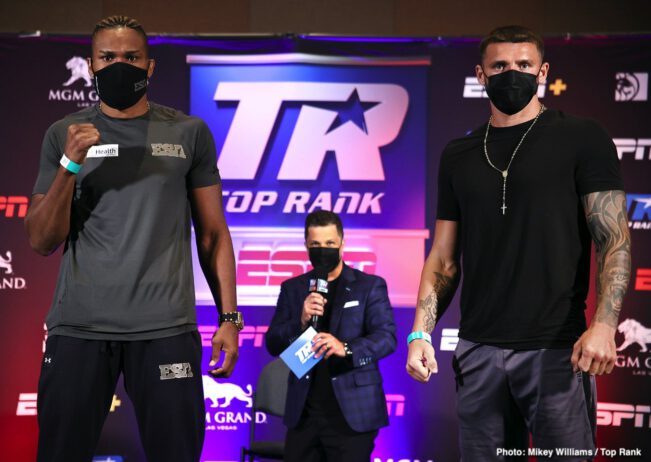 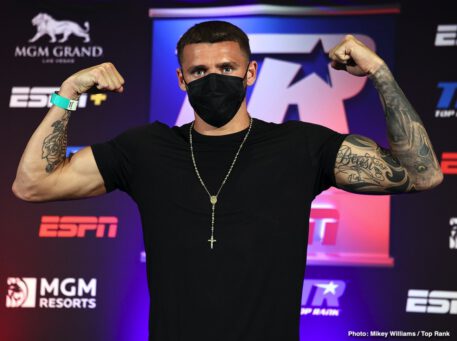 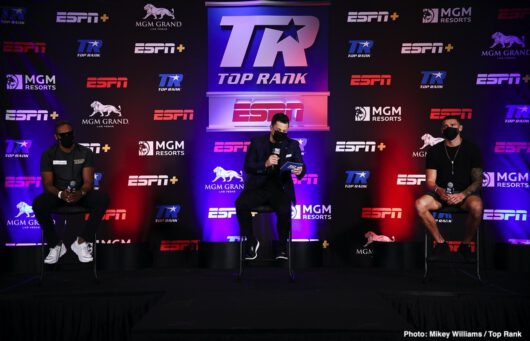 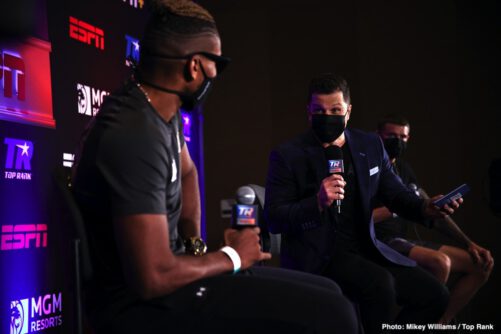 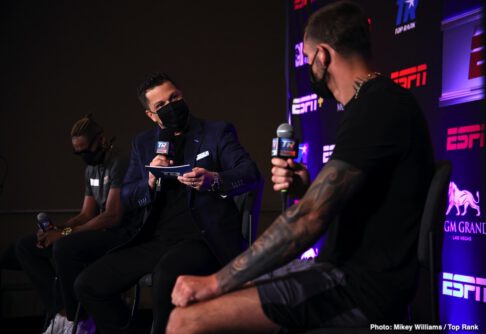 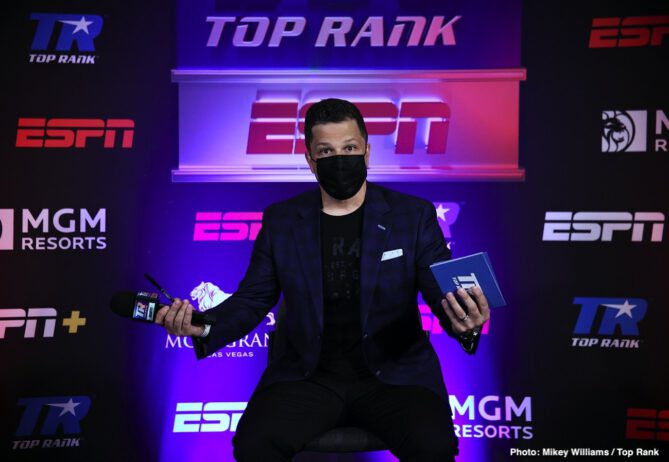 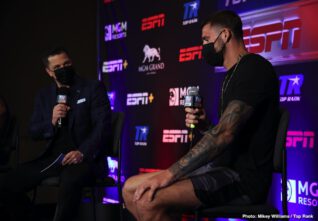 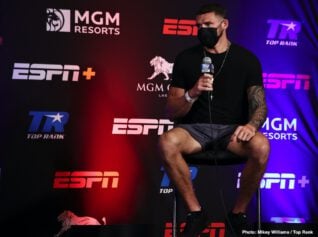 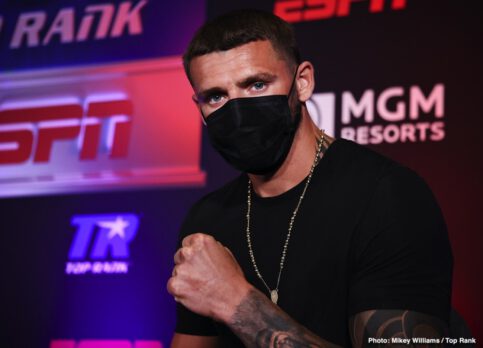 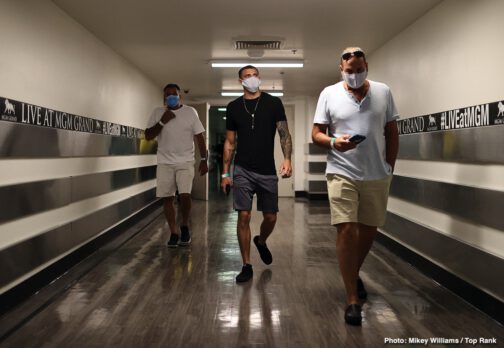 From his professional debut in 2009, JOE SMITH JR. (25-3 20KO’s) always packed a punch. Now, just two days away from Smith Jr.’s WBO Title Eliminator bout against ELEIDER “STORM” ALVAREZ (23-1 13KO’s) on August 22 on ESPN + live from The Bubble at MGM Grand in Las Vegas, we revisit some of Smith Jr.’s best moments.

After winning 16 of his 17 first fights, 13 by way of knockout, Smith Jr. made his first appearance at Star Boxing’s acclaimed “Rockin’ Fights” series at The Paramount in Huntington, New York. After four consecutive wins by knockout, Star Boxing CEO JOE DEGUARDIA had positioned Smith Jr. for a major opportunity, and in spring of 2016, the call came.

A 16-1 underdog, Smith Jr. put on his hard hat, walked into enemy territory, and electrified the entire boxing world on NBC Sports. A thunderous right hand devoured then #2 ranked light heavyweight contender, and former light heavyweight world title challenger, Andrezj Fonfara, sending him to the mat. Smelling blood in the water, Smith Jr. pounced, firing off a six-punch combination flooring Fonfara for the second and final time. With the win, Smith Jr. earned the WBC International Light Heavyweight Title, and more importantly the hearts of boxing fans around the world.

An underdog once more, Smith Jr. was handpicked by boxing legend Bernard Hopkins as his opponent for the #Final1, as Hopkins bid farewell to an iconic career. However, Smith Jr. would not allow the crafty veteran one final walk into the sunset. After a back and forth 7-rounds, Smith Jr. had Hopkins against the ropes when he unleashed a four-punch combination, sending the Hopkins through the ropes onto the Forum floor for a second consecutive underdog victory, retaining his WBC International Light Heavyweight Title.

After recovering from a broken jaw and destroying Melvin Russell in 2018 inside of 1-round, Smith Jr. had positioned himself for a Light Heavyweight World Title Challenge against the dangerous technician, Dmirty Bivol. Bivol fought a measured fight, showing his skill, but the hard-working Smith Jr. took the champion 12-rounds, which included a highlight reel right hand that landed with just seconds left in the 10th round that had Bivol holding the ropes to get back to his corner. After the final bell, Bivol retained his title, and Smith Jr, further earned the respect of the boxing world.

Coming from Philadelphia, and being mentored by the great Bernard Hopkins, Jesse Hart felt it was his duty to take down Smith. Smith Jr. coming off of his world title challenge was looking to get right back in the mix against the #3 rated light heavyweight in Hart. Smith Jr. showed vastly improved movement and boxing ability, along with his signature power. Having Hart hurt in the second, Smith Jr. overwhelmed him with pressure, and in the seventh, scored a knockdown. Smith earned the WBO NABO Light Heavyweight Title and positioned himself for the WBO World Title Eliminator bout.