Undefeated Joe Joyce (15-0, 14 KOs) stopped a tough Joseph Parker (30-3, 21 KOs) in the 11th round to win the interim WBO heavyweight title on Saturday night at the AO Arena in Manchester, England.

Joyce, 37, connected with a booming left hook in the 11th round. Parker was too hurt to get up, and the fight was promptly halted. The time of the stoppage was at 1:03 of the 11th. 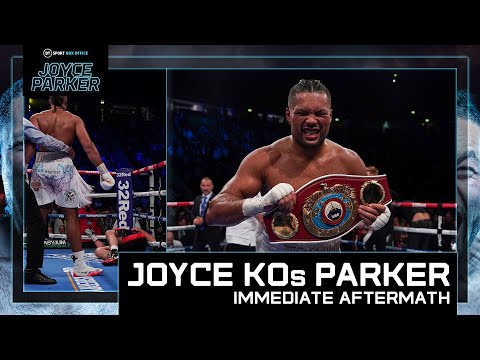 Parker had been wearing down from the fourth round from the fast pace and the body shots that Joyce was hitting him with.

By the sixth round, Parker was absorbing a great deal of punishment, and he wasn’t overly effective in the remaining rounds before he was brutally knocked out in the 11th.

Mark Heffron (29-2-1, 23 KOs) obliterated the totally overmatched Martin Bulacio (10-7) in the first round in super middleweight action. The contest was halted at 1:16. 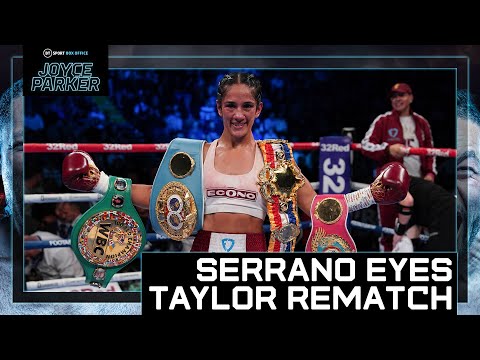 Joe Joyce says that if he wins the interim WBO belt tonight, he can force champion Oleksandr Usyk to fight him, or else he’ll be elevated to the new champ.

However, Usyk has already made it clear that the only fights he wants before retiring are Tyson Fury, Canelo Alvarez, a fighter named later for his final bout before hanging up his gloves.

“I didn’t really know what to say to him because he’s a nice guy, but this is a serious business. We’re not tickling each other. We’re hitting each other with small gloves and tight wraps,” said Joe Joyce to iFL TV about his fight tonight against Joseph Parker.

“I don’t really care. It’s who is going to win on Saturday night, and that’s me, then it doesn’t really matter what people say. I get the results,” Joyce said when told that Team Parker says he’s a “dull fighter.”

“More weapons to the arsenal and tidying up a few things technically,” said Joyce about what improvements trainer Ismael Salas has made to his game.

“Yeah, I aim to knock him down, knock him out and hurt him. It’s a sport, but it’s a brutal sport, and I want to win in any way possible. He’s going to try and hurt me as well. That’s the name of the game.

“Parker has got his speed and quickness. He’s a bit shorter. I might be a little slow, but I throw more punches. I’ve got underrated skills and footwork. Obviously, timing beats speed, and I’ve got timing.

“This is for the WBO interim, so this means if Usyk doesn’t want to fight me, I get elevated to WBO once I beat Parker. So that’s quite good.

“I guess it’s just a safety net,” said Joyce about him having a rematch clause for his fight against Parker. “It’s not something I asked for. It’s my team’s thought at this level because we didn’t need to take this fight because it’s a great fight out there for the fans.

“It’s all nice until the bell rings and you have me coming at him and punching him up,” said Joyce when told that Tyson Fury says that he’s very friendly, but he sees Parker winning a decision,” said Joyce.

Joe Joyce (14-0, 13 KOs) will be looking to hand Joseph Parker (30-2, 21 KOs) his third career defeat tonight when the two go at it for the interim WBO heavyweight title at the Manchester Arena in Manchester, England.

The fight card begins at 1 pm ET on ESPN+ in the United States and on BT Sport Boxing Office in the UK.