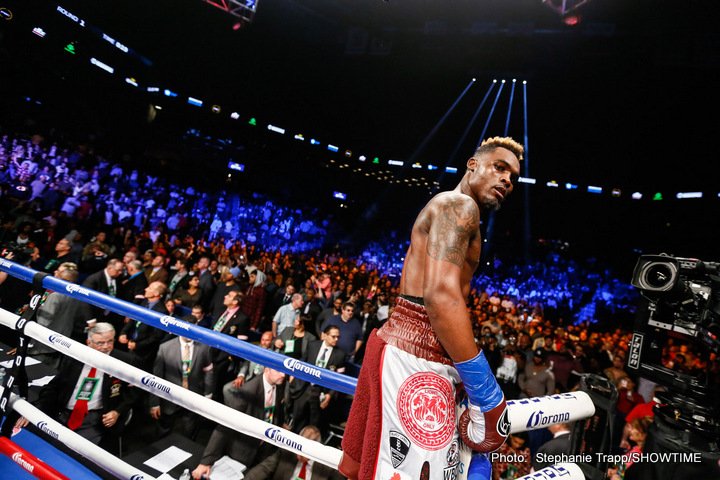 The 154-pound division continues to heat up as undefeated world champion Jermell Charlo defends his belt against former world champion Austin “No Doubt” Trout Saturday, June 9 in a 12-round showdown live on SHOWTIME from STAPLES Center in Los Angeles.

Tickets for the live event, which is promoted by Ringstar Sports and TGB Promotions, begin at $50, plus applicable fees, and are on sale now To purchase tickets visit AXS.com or click HERE.

Super welterweight is one of the deepest and most ferociously contested divisions in boxing with unified champion Jarrett Hurd and Charlo on a collision course for supremacy in the weight class. Virtually all of the most significant fights in the division are taking place in 2018 on SHOWTIME, with the three consensus best fighters, and at least five of the consensus top-10, facing off in what has become an unofficial tournament.

Charlo (30-0, 15 KOs) has blasted his way to the top of the division, having stopped four of his last opponents by knockout. The 27-year-old from Houston won the title with a knockout victory over John Jackson in 2016. Since then he has successfully defended it twice, including scoring a devastating first round knockout victory over top contender Erickson Lubin in his last fight in October and a Knockout of the Year contender against Charles Hatley in April. Charlo and his twin brother, Jermall, were the only twin brothers to hold world titles in the same weight class simultaneously before Jermall relinquished his 154-pound championship to campaign at 160 pounds.

“Trout is no journeyman. He’s a former world champion, someone who has a name and he comes to fight. The name means he’s worthy of another title challenge,” said Charlo. “Trout is the man that has been chosen for me and I have to take care of him. I’m super excited to be fighting and defending my title again.

“The only thing I’m going to tell you about what I’m going to do against Trout is, I’m going to surprise you guys. I plan to show my skills and show why I’m the best at 154 pounds. The most important thing is to make my mark and claim my territory.”

The 32-year-old Trout (31-4, 17 KOs) is one of most accomplished boxers in the 154-pound division, having stepped into the ring against champions like Miguel Cotto, Saul “Canelo” Alvarez, Erislandy Lara, Jermall Charlo and Jarrett Hurd. Representing Las Cruces, New Mexico, he won the super welterweight title with a unanimous decision victory over Rigoberto Alvarez in 2011. He successfully defended the title four times, including a victory over Cotto, before losing the championship to Alvarez in 2013 and a decision to Lara eight months later.

After winning four straight, Trout stepped in for a world championship against Jermall Charlo but lost a close unanimous decision in 2016, although he is the only person to go the distance with Jermall since 2015. Last October he took on Hurd for the title, but lost via 10th round TKO – the first time in his career that he’d ever been stopped. Trout is coming off a unanimous decision victory over Juan De Angel on Feb. 17.

“I’m more than excited. I’m happy because I’m still a threat in this game,” said Trout. “People can write me off all they want. Even when I was a champion people wrote me off. This is an opportunity of a lifetime. I’m approaching it is as my last opportunity. Everybody is counting me out and I’m hoping he is too. I’m going to shock him and the world.