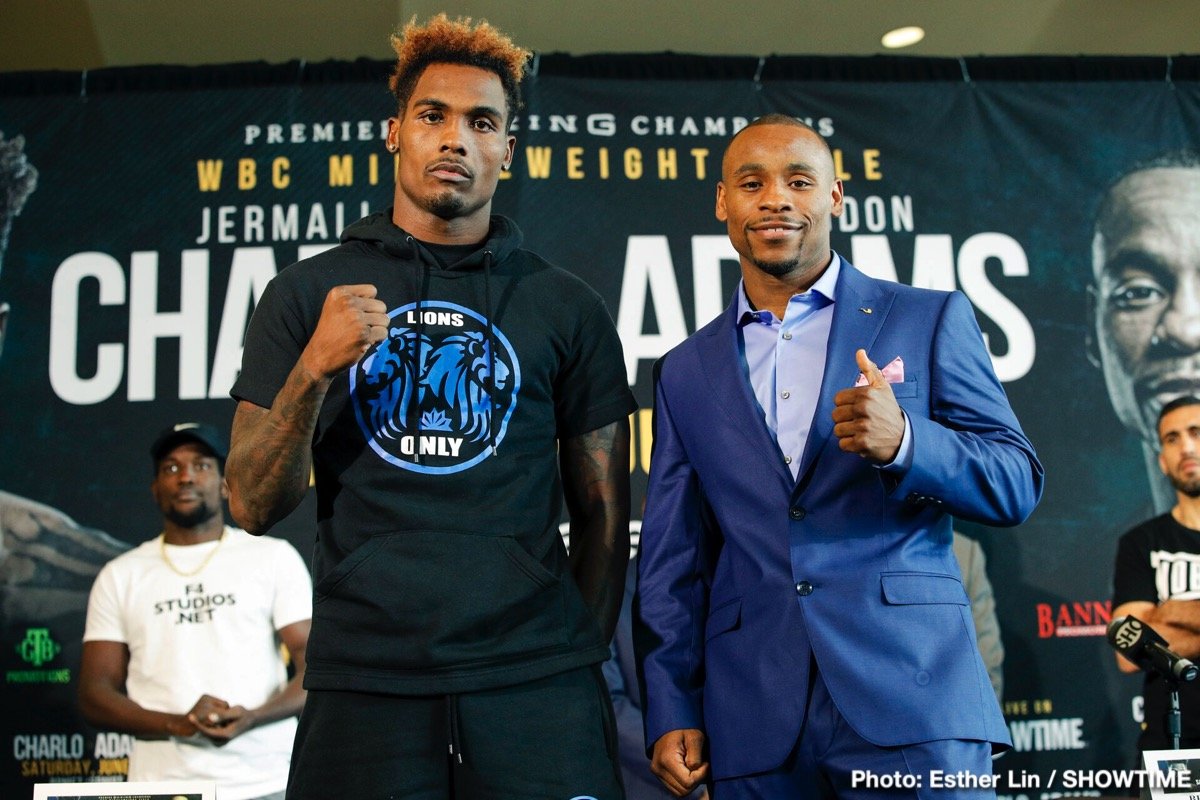 Unbeaten middleweight champion Jermall Charlo and middleweight contender Brandon Adams went face-to-face at the final press conference Thursday before they square off this Saturday night in the main event live on SHOWTIME from NRG Arena in Houston and presented by Premier Boxing Champions.

Here is what the press conference participants had to say Thursday from the East VIP Club at NRG Stadium:

“Houston, we’re back. After seven years it feels good to be home and feel the love that this city gives me. I’m thankful to Brandon and his team for stepping up and answering the call. I hope he knows this isn’t going to be easy.

“I plan on delivering something explosive like I always do. I want to give my fans in Houston and around the world a show to remember the rest of their lives.

“I know that Brandon has worked hard with Dub Huntley and Freddie Roach, but I did the same with Ronnie Shields. The work is put in, and I’m ready. I’m going to deliver a statement.

“Right now I’m focused on Brandon Adams and I’ve been focused on him for the last couple of months. We’re going to get the job done Saturday night.

“This is a legacy fight for me because I have an opponent coming to my backyard and I’m not letting him take this moment from me.

“Brandon Adams made it to this level, so he’s definitely on my level. This isn’t ‘The Contender’ though, this is ‘The Lions Only Show’.

“Adams has a chance to be able to challenge himself against me on Saturday. I’m sure this is something that he’s looked forward to. But I didn’t get to this point by overlooking anybody.”

“I’m grateful for the opportunity to be here. I’m looking to put forth the effort that will make me the new champion and have my hand raised on Saturday night.

“I just want to put on a performance. I want us to give the fans something to remember. I want it to go down in history. I need that opponent who can help me make history.

“I believe Jermall is everything that he has shown and proven to be. That’s what I’m up against and that’s the kind of challenge that I want on Saturday.

“This fight on Saturday is going to be fireworks. We’re both bringing our A-game. I don’t get too much into what other people think. I go by what I believe, and I believe in myself. I always have and always will.

“I’ve been through a whole lot in my whole life and I’m to the point where everything is going golden now and I’m grateful for it. We’re going to put it all on the table and all on the line in that ring.

“The object to boxing is to hit and not get hit, any elite fighter, they do that pretty well. I plan to do that. Jermall is a champion, you can’t take anything from his line of work and what he has done. But since I am the guy that hasn’t been around, or the guy that people don’t know much about, I have a great opportunity to showcase a little bit more of who I am. I am excited to do that.”

“I’m a fan friendly fighter. I’m looking to become a world champion on Saturday night and I’m going to leave it all on the line. It’s one fight at a time and this is the biggest opportunity yet.”

“It’s an honor to be here back on the big stage. I have a solid opponent in front of me. He’s coming to fight and take my spot. It’s my job to run him over.

“I’ve been training for a long grueling fight. I feel like I’m going to have some physical advantages in the fight, so it will just be about listening to my corner and picking the right time to implement our plan.

“The (154-pound) division is wide open and some of the top guys like (Jarrett) Hurd and (Jermell) Charlo have suffered losses. Now I know I’m back in the mix and may have a shot to fight for a world title soon if I take care of business on Saturday night.

“This isn’t a redemption fight for me because I’m not fighting a Charlo. But I realize we’re in Houston and this is their hometown so of course I want to put a good show on for the fans.

“It’s been a tremendous training camp in Florida with Kevin Cunningham. It’s my time. Saturday night is ‘Hammer Time’ on SHOWTIME. “

“This is a great opportunity for me to show off my skills here in the U.S. on SHOWTIME. As a European champion, I know I’m the underdog. But I’ve trained hard and I have some surprises for Erickson Lubin.

“I have some difficult-to-master skills. I have some good moves and I want to show and use them. That’s the kind of boxer I am.

“It’s great to be here in the U.S but I’m only focused on winning. I’ve trained very hard, my camp was great and from my sparring to my trainers, everything went well.

“I don’t need to talk while I’m up here, I’m going to do all of my talking in the ring on Saturday night.”

“This is a great opportunity. We didn’t come to dance. We came to fight. I am very prepared to win this for my country of Mexico.

“I know Marrero is a very tough opponent. He has a very strong punch and likes to attack, but I am very prepared for whatever he brings into the ring.

“I am here to fight, that is what fans want to see. They want to see us fight not dance. So hopefully I come away with a victory.”

“I’m very prepared for this fight. I’m always ready for war and I’m going to go to war Saturday night. I hope Ramirez is prepared as well, because we’re going to have an intense fight.

“I’m glad to be here in Houston for this fight. I want to thank everyone who’s supporting this event. It’s going to be a great night of boxing.

“I’m very motivated. Extremely motivated. It’s been one of my best camps of my life and it’s going to show on Saturday.” 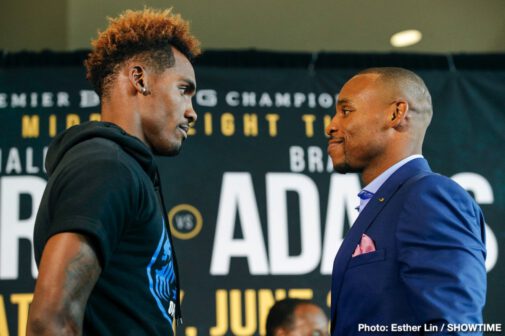 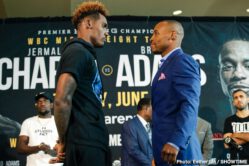 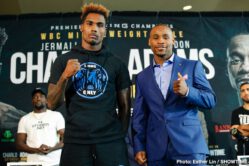 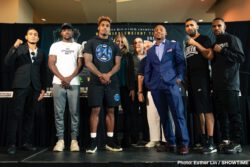 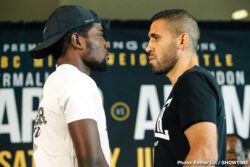 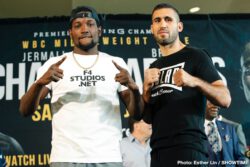 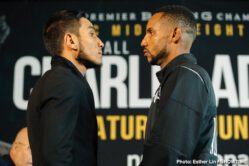 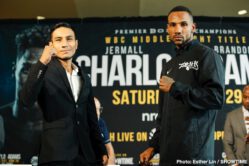 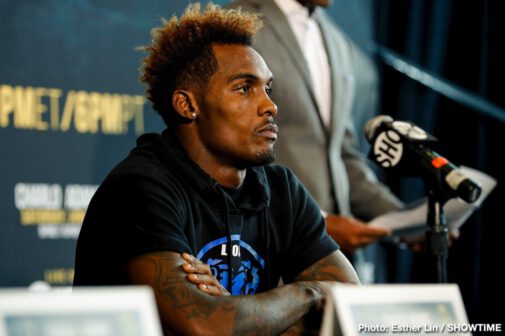 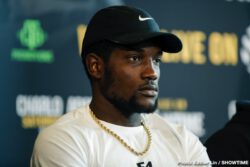 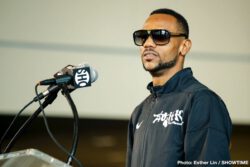 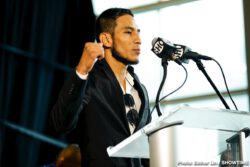 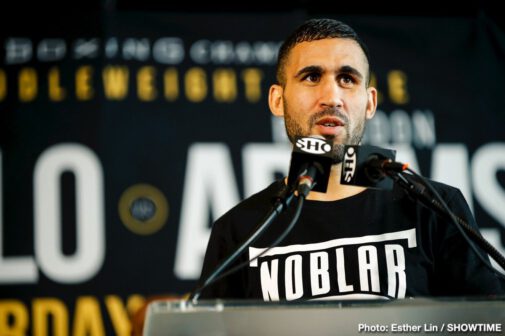 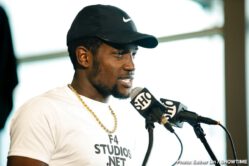 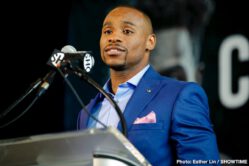 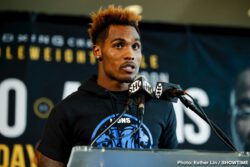 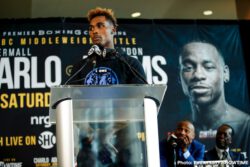 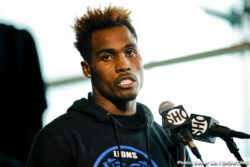 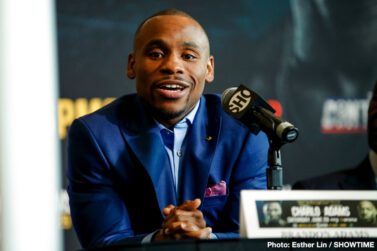 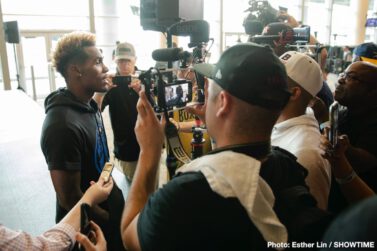