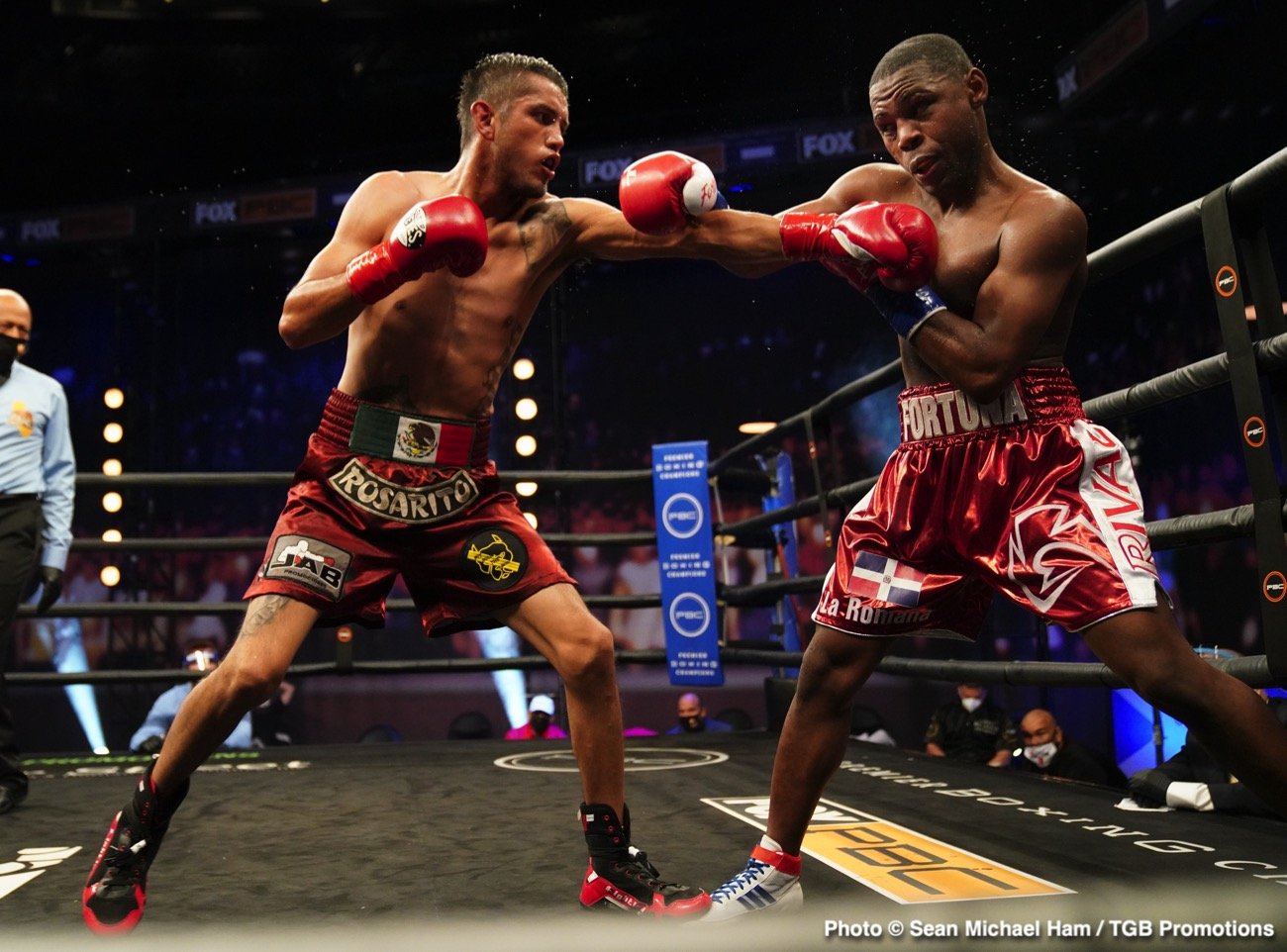 True to his customary form, the 30-year-old Fortuna from La Romana, Dominican Republic, and now fighting out of Braintree, Massachusetts, came out attacking from the opening bell. He landed a blitz of powerful lefts and rights to Lozada’s head, culminating in a left to the head for a quick knockdown near the end of the opening frame. 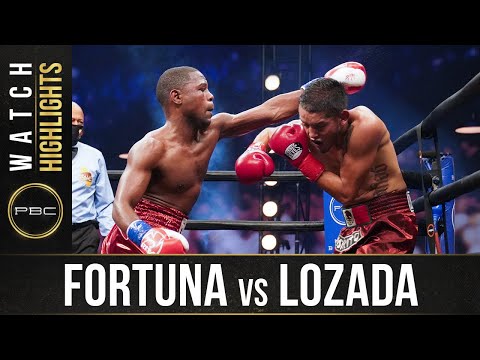 In round six, Fortuna caught Lozada with another haymaker and, this time, didn’t let him off the hook. After a sustained two-fisted assault on the dazed but still coherent Lozada, referee Gerard White waved off the bout at 2:34.

Fortuna sustained a small cut from an accidental headbutt above the right eye in round one, but it was not a factor. Fortuna threw 316 punches and landed 107, according to CompuBox. Lozada threw 292 and landed just 45.

Representing his hometown of Nashville, Tennessee, the southpaw Dulay used his superior skills, speed, and work rate to control most of the action. Still, the capable Gallegos never made it easy.

Making excellent use of strong straight left hands and uppercuts, 25-year-old Dulay was able to stifle Gallegos’ pressuring style and outwork him in the exchanges. Gallegos was never able to solve Dulay’s quick potshots from the outside.

As is customary, when an orthodox fighter faces a southpaw, the fight featured several unintentional headbutts exchanged during the rugged 10 rounds. The one-sided scores were 100-90, 100-90, and 99-91 for Dulay. 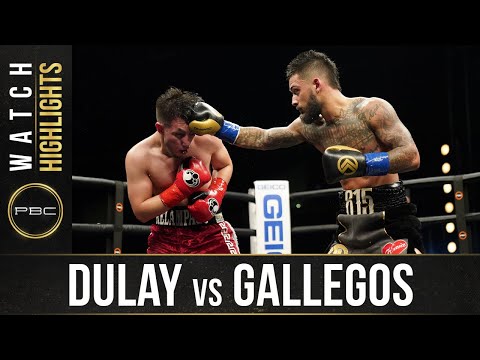 A decorated amateur, Molina showed good punching power by dropping Zaragoza with a perfectly timed right uppercut in round two and then cruised the rest of the way for the comfortable points win. The 32-year-old Zaragoza came to win and had his occasional moments but didn’t have the tools to match Molina’s speed and ring savvy. 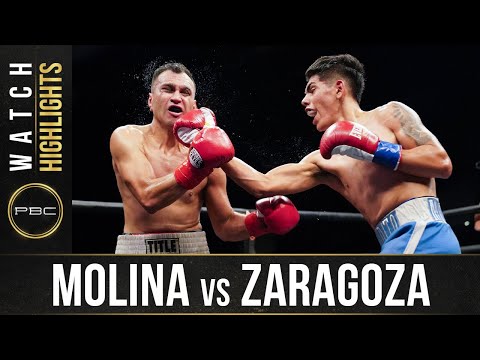