YouTuber Jake Paul will answer a lot of questions as to how talented he is as a boxer when he takes on five-time UFC champion Tyron Woodley on August 28th on Showtime pay-per-view.

With a win over Woodley, Jake Paul could soon become the #1 money fighter in boxing. According to Jake, he’s #3 in earnings as a boxer in 2021, trailing only Anthony Joshua and Canelo Alvarez.

Both fighters are knockout artists, so it’s pretty much guaranteed that we’re going to see an early stoppage in this fight.

In looking at the two fighters’ workout side by side in a video clip, the 39-year-old Woodley appears to have the faster hands and is the better combination puncher than the 24-year-old Paul.

What Jake has going for him is one-punch power in both hands, and he’s clearly the much younger fighter of the two. Woodley’s best years in the UFC are in the rearview mirror, left behind seven years ago.

Indeed, in Woodley’s last four fights in the octagon, he’s been beaten in one-sided contests since 2019.

It’s pretty obvious that Woodley’s best days as a combat fighter are over with, which you can argue is why he’s facing Jake Paul in a boxing match rather than still competing in the UFC as a B-side opponent for one of the young lions.

Woodley will at least give fans a chance to see how well Jake holds up against one of the UFC’s best strikers.

Even if Woodley is an over-the-hill fighter, the last thing to go is punching power, and he might give Jake some problems if he can make it out of the first round on August 28th.

The Jake Paul vs. Tyron Woodley fight was announced on Tuesday and there’s already a huge amount of talk about the contest by fans. 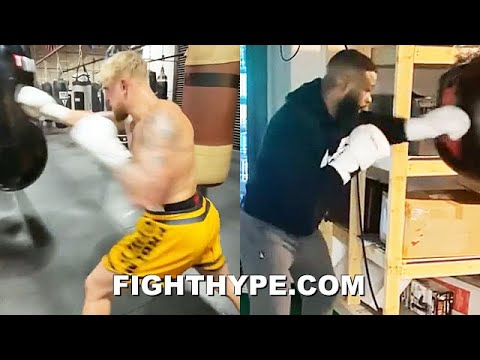 “There was even an article on sporticos that said I was the third highest-paid boxer in the last 12 months, only behind Canelo and Anthony Joshua.

“We’re just getting warmed up, baby. I could just sit here and brag all day long, but I’m going to cut to the point.

“I’m here to tell you who I’m fighting. It’s Tyron Woodley, a five-time UFC champion, a knockout artist. A quick side note. A lot of you MMA guys think I’m scared to fight you.

“The only reason I haven’t f*cked all of you up yet is because it takes a long time for the lawyers and managers to set up these fight deals.

The punching power and the boxing skills that Jake has going for him makes him a real danger to Woodley, who is more of a ground fighter than a stand-up.

“You’re the second one on the MMA list that’s getting f**cked up,” said Jake about Woodley. “Ben Askren was first. You’re going to be lucky, number two.

“He’s one of the best welterweight strikers of all time,” said Jake Paul in talking about Woodley. “You may be saying, ‘Jake, are you out of your goddamn mind?’

“And the answer is, yes. I want to challenge myself, I want to step up my opponents.

“Let’s not forget that Tyron Woodley was in the corner of Ben Askren. I think after the knockout of his best friend, he might know a little bit about these [gloves].

“He might know these are lethal. This all started with Tyron and me talking sh*t in the locker room. I have a lot of people on my death list.

“Tyron Woodley just happens to be the first one up. Do you want to know the date? August 28th. That is less than 92 days away.

“You’re going to blink and it’s going to be here. Let’s not forget about the time we punked Tyron and prank-called him,” said Jake Paul.

It’ll be interesting to see which former UFC fighter Jake Paul can snare if he destroys Woodley on August 28th. Jake would like to take on Conor McGregor, but UFC president Dana White will likely block that move.

McGregor already got exposed by Floyd Mayweather Jr in 2017, and it would be worse if Jake beat him. Jake might knock McGregor out cold, which could wreck his career in the UFC.

“Tyron is strong, a good striker, and at one time was once the best welterweight in the history of the UFC. A worthy adversary, for sure,” said Logan Paul. “Are you up for that task?”

“I already signed the contract,” said Jake Paul. “Of course, I’m up for the task. I’m going to kill this mother f****. I’m going to rip your head off.”

“Some boxing heads are saying that you haven’t worked hard enough to be a boxer,” said Logan. “So what do you think. Some people say you’re only fighting MMA fighters and avoiding real boxers. Are you a boxer?”

“I would say, what is the first skill of MMA? Boxing,” said Jake Paul. “You start on your feet. Tyron Woodley is a legitimate striker.”

“What do you think about what Dana White is saying?” said Logan. “You keep beating up his fighters.”

“Do you think Ben Askren, his training, is going to give Tyron Woodley tips on how to beat you, given his experience with you?” said Logan.

“Does it bother you that Ben Askren will still be somewhat relevant for this short amount of time, even though you wiped him from the face of the planet earth?” said Logan.

“Do you know that ever since he released this song, ‘I’ll beat your a**,’ he’s not won a single round?” said Logan about Woodley.

If Jake can destroy Woodley like he did his three other opponents as a professional, that would be a huge statement.

Not only would Jake be showing that he’s for real as a boxer, but it would also potentially move him up as one of the biggest money fighters in boxing. 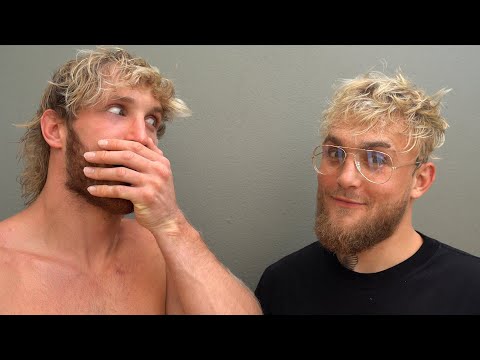