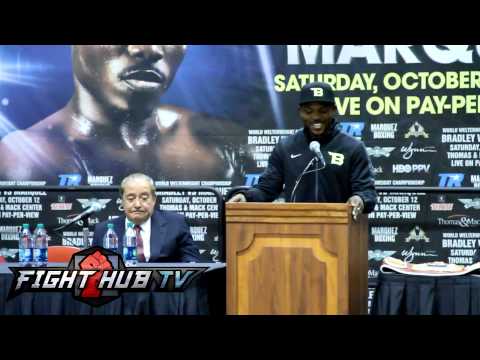 Let’s not even start about the latest slice of poor officiating witnessed last night in Las Vegas. Tim Bradley, a worthy and clear winner over an always-game but suddenly old-looking Juan Manuel Marquez, had to listen to how one judge had somehow scored the fight against him. Still, the right man won via split decision and Bradley – a fighter I learnt never to bet against some time ago – can now go on to even bigger fights (maybe even one with Floyd Mayweather Junior?)

Mexicans are passionate about their boxing and their boxing heroes and it must be hoped that Canelo and maybe even Chavez Jr can bounce back to impressive ways.

But right now it’s all about Bradley and what he could do next. Could the Palm Springs man, with his speed, heart, conditioning and craftiness, pose a serious threat to Mayweather? I’d argue that, a middleweight such as a Sergio Martinez or a Gennady Golovkin aside, Bradley is the most marketable next foe for the unbeaten mega-star.

Bradley always finds a way to win, as Marquez found to his dismay last night. And whatever you think about the victory Bradley was awarded over Manny Pacquiao, you have to give the WBO welterweight champ some serious credit for the two big wins he’s scored here in 2013.

In the opinion of some, Bradley now deserves to be ranked as high as #2 in the always-debatable Pound-for-Pound ratings.
But Bradley, as hugely competetive as he is, will not be satisfied even with that!