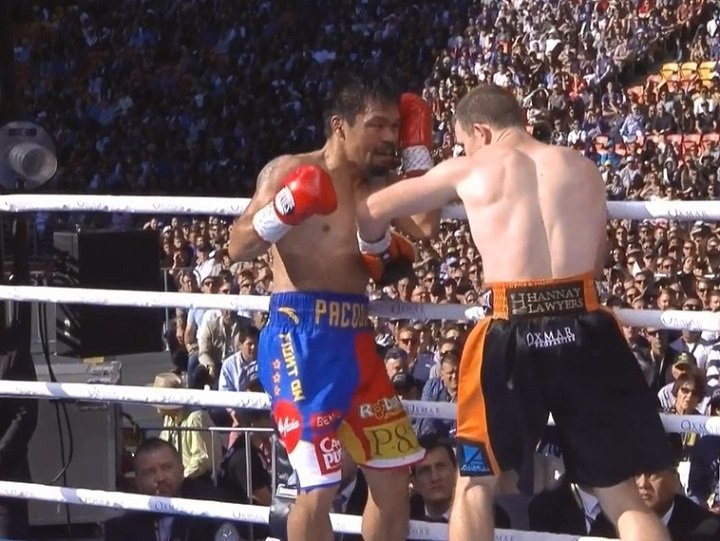 Massive underdog Jeff Horn scored the upset of the year last night by defeating Manny Pacquiao by 12 round unanimous decision; and how the upset has upset plenty of people. The controversy surrounding the scores handed in in Brisbane, Australia is huge, with a number of notable boxing people, such as Teddy Atlas and Lennox Lewis, really tearing into the 117-111, 115-113, 115-113 decision in favour of new WBO welterweight champ Horn.

Certainly, the 117-111 card handed in by one judge was way, way, way too wide; but Horn has his supporters as far as the two other cards are concerned (in the UK, the BoxNation panel all had Horn winning the fight). The big question, though, is – what now for superstar Pacquiao? Though a rematch is a strong possibility, rematch clause-wise (and Manny has reportedly said he is “definitely” open to a second fight), there are plenty of people suggesting Pac Man, at age 38 and having lost for the seventh time in his great career, should retire.

Before last night’s stunner, Freddie Roach went on record as saying Manny should retire if he lost to Horn, and maybe Roach will have a good, long talk with his most famous fighter. Bottom line, bad decision or not – and it’s hard not to feel happy for the gutsy, determined Horn – Pacquiao looked old last night, and slow (in comparison to his blinding peak years) and clumsy.

Father Time shows no mercy and Pac Man, who simply cannot score a KO any more (before last night’s rumble, many people, Roach included, were predicting an end to the KO drought Manny has been suffering from since way back in 2009) is no exception. Is it possible Pacquiao can go back to Australia and avenge his loss to Horn? Yes, and maybe it would be great to see Pac Man go out a winner.

But what if Pacquiao lost for a second time to the school teacher turned fighter? Where would Manny’s legacy be then? The great days, and the great performances, have come to an end.