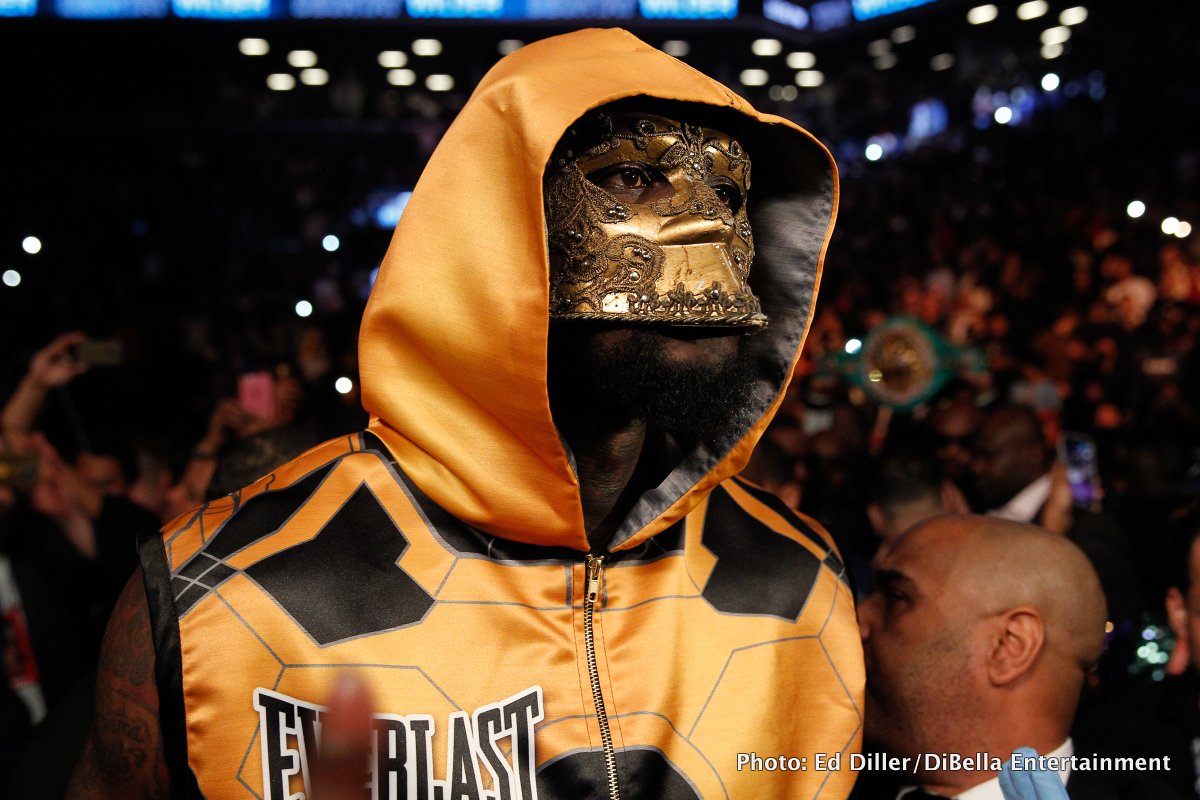 He’s at it again: talking the talk and getting our attention. WBC heavyweight king Deontay Wilder has spoken about the possibility of moving DOWN in weight to cruiserweight – he says, after he has unified the heavyweight titles (and we are still waiting for that big, as in super-big, Wilder-Anthony Joshua clash), he will look at making a little slice of boxing history.

It’s true that no heavyweight king has ever made the decision to move down once he has gathered the gold at heavyweight – and to think of it, why on earth would a million dollar-earning big man have an urge to go down: both in poundage and in earning power! But then Wilder has always done things his own way, and maybe he is in fact serious.

At a lowly 217 to 219 for some of his not too recent big fights, Wilder – all 6’7” of him – could maybe, perhaps, shockingly, prove to be a force at 200-pounds. Or maybe not. If – and it could be a big if – Wilder beats AJ and collects heavyweight supremacy – it sure would be a whole lot of fun seeing “The Bronze Bomber” decide to shed a few pounds and get it on with the likes of Oleksandr Usyk, or Murat Gassiev, or, dare we say it, Tony Bellew!

Maybe Wilder is just bored and is, shall we say, chewing the fat; but it’s not entirely impossible the WBC heavyweight boss will indeed make an unusual move. Hey, it would certainly add some spice to the weight class that once upon a time took one big backs seat to the glamour division of the sport if Wilder did join its ranks.