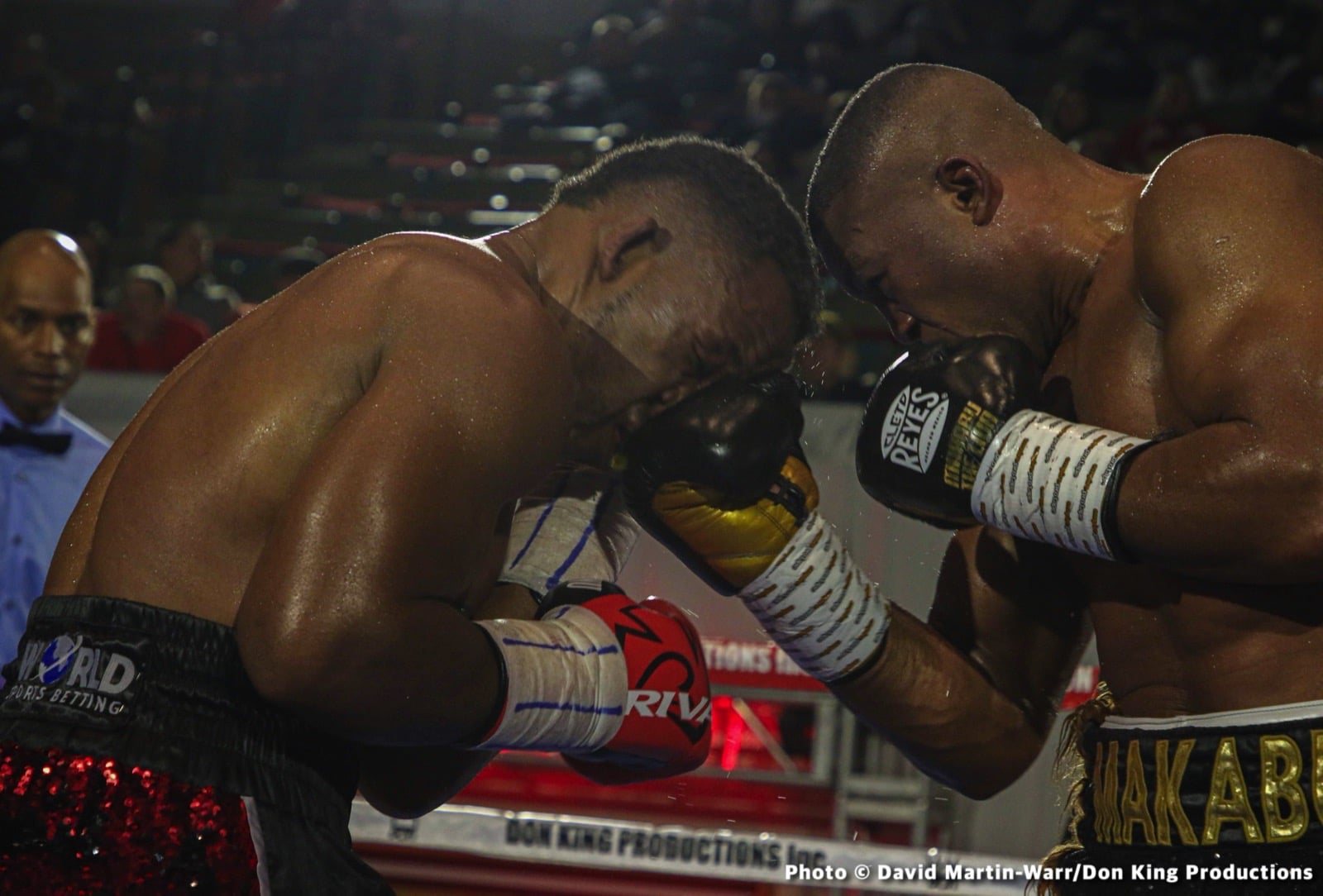 WBC cruiserweight champion Ilunga Makabu (29-2, 25 KOs) used his power advantage to pound out a 12 round split decision over mandatory challenger Thabiso Mchunu  (23-6, 13 KOs) on Saturday night in their long-awaited rematch at the W.D.Packard Music Hall in Warren, Ohio.

Makabu impressed the judges with his harder shots and the pressure that he was putting on #1 WBC Mchunu, but it was far from stellar performance.

The fight was close enough for it to be scored a draw, but the judges liked what they saw from the harder shots that Makabu was throwing.

There was bitterness on the 33-year-old Mchunu’s side after the fight ended at the end of the 12th, as he shoved the southpaw Makabu away when he attempted to hug him after the bell had sounded.

Even after being shoved, Makabu came over to Mchunu and attempted to touch gloves, but he was rebuffed.

It could be that Mchunu wasn’t happy with his own performance because the scores hadn’t been revealed yet, and neither fighter did much of anything in the 12th round.

Compared to the other rounds, Mchunu threw almost no punches in the 12th, and he definitely didn’t finish strong in the way that he needed.

Mchunu repeatedly caught the slow-moving, slow 34-year-old Makabu repeatedly in each round, tagging him with shots when would come forward.

This writer had Mchunu winning 116-112. Although Mchunu lacked the punching power and aggression of Makabu, his effective cleaner-landing shots and airtight defense made him look like the far better fighter of the two.

With the victory, WBC cruiserweight champion Makabu could be defending against Canelo Alvarez on May 7th on the Cinco de Mayo holiday weekend in Las Vegas, Nevada.

Canelo has already let the World Boxing Council know of his desire to move up to cruiserweight to challenge Makabu for his WBC title next in May. So unless Canelo has changed his mind, he’ll be facing Makabu next.

It wasn’t the kind of performance that Makabu needed for him to be considered as the perfect opponent for Canelo, 31, to fight him. But in Canelo’s case, he doesn’t appear to care whether his opponents are looking great or not.

He’s just focused on capturing their titles so that he can impress future generations of boxing fans.

It was fortunate for Bryan that he was fighting a non-puncher in Guidry because he would have had problems if he were to have fought a slugger.