Ike Quartey was a brilliantly tough and dangerous African warrior, a man who had one of the most punishing jabs in modern-day welterweight history. Ike, known as “Bazooka,” came up the hard way, working in the same gym as the legendary Azumah Nelson.

After representing Ghana at The Seoul Olympics in 1988, the teenage Quartey went pro.

Fighting in the classical African style, hands high, immense, unlimited pressure placed on his foe, Quartey fought his initial 11 bouts in Accra before he boxed many of his fights in France, where he had relocated to. In June 1994, a 25-0 Quartey challenged Crisanto Espana and stopped him in the 11th round to win the WBA welterweight title.

Seven retentions followed – with Ike beating good fighters such as Vince Phillips and Oba Carr – before Quartey had his biggest and most famous fight.

Oscar De La Hoya met Quartey in a heavily hyped 147-pound showdown in February of 1999. But Quartey, who had been down twice in his defense against Jose Luis Lopez yet had been awarded a majority decision, met De La Hoya, having been out of the ring for well over a year.

Quartey and De La Hoya went to war with the WBC and lineal welterweight titles on the line. And it was a war. 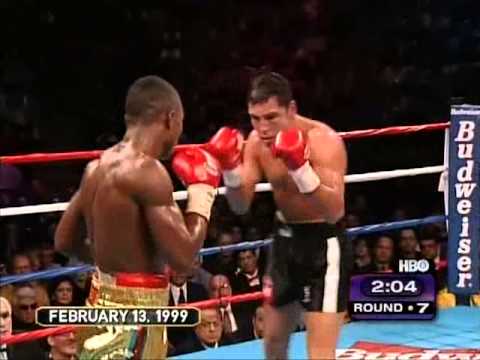 Twice Quartey was knocked down during the tense, at times physically punishing fight, with De La Hoya also tasting the canvas.

The final round was gripping, with De La Hoya scoring a knockdown and the two laying it all on the line. De La Hoya got the split decision, and to this day, Quartey is angry about it (Ike’s nephew, soon to go pro himself, said as much in speaking with RingTV.com recently).

Quartey never trusted the officials again, and he boxed just six more times. Coming back as a 154 pounder, Quartey lost a 12 round UD to Fernando Vargas, this in April of 2000 IBF title challenge in what was his first fight back after losing to “The Golden Boy.”

Another, even longer layoff came this one lasting five years. Ike came back in 2005, and he still had plenty to offer.

Vernon Forrest was awarded the decision after ten rounds in the August 2006 bout, and almost everyone felt Quartey had been robbed. 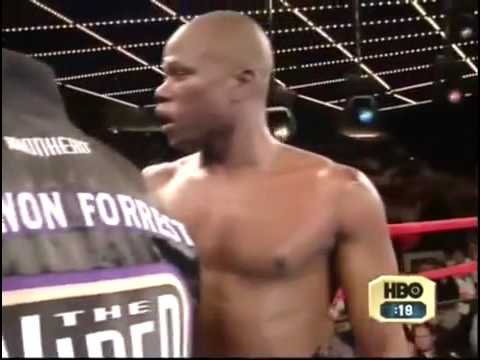 One more fight came, this a clear decision loss to Winky Wright in a non-title fight in December of that same year, and that was it – Quartey had had enough at age 37. Quartey’s final numbers are 37-4-1(31). Ike is adamant that two of these losses should not be on his record.

So how great was Quartey? Had he been more active than he was, had he been treated a little fairer by the judges, maybe “Bazooka” would be looked at as a great today.

As it is, fair or not, this superb fighter fell a little bit short of achieving greatness. Still, all of us fans who saw Quartey go to work will not forget the pride and passion he brought to the ring.