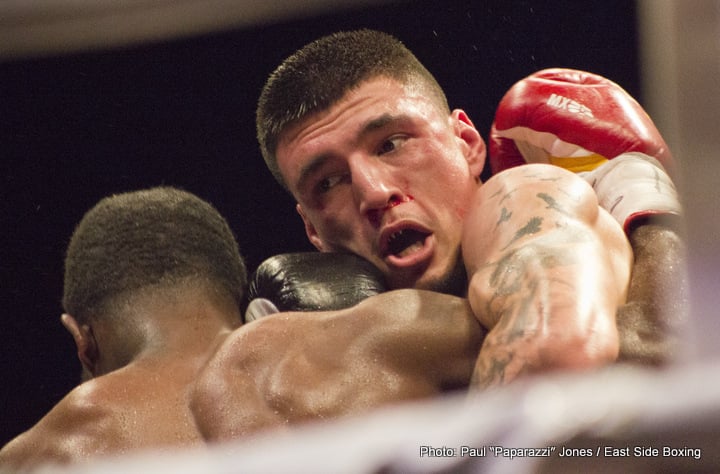 Though action-packed, the bout ended in a split decision draw that surprised many in attendance when the final scorecards were read: 95-94 (Hernández-Harrison), 92-96 (Dallas Jr.), and 94-94 (even).

For Hernández-Harrison, who was largely untested to this point, the fight was supposed to be against a credible threat. In fact, despite 29 victories and an unblemished record, Hernández-Harrison’s level of competition and his progress toward becoming an elite welterweight were questioned bymembers of the boxing cognoscenti.

For instance, during a 2014 Friday Night Fights telecast, ESPN commentator and trainer, Teddy Atlas, provided scathing on-air critiques of Hernández-Harrison during his bout against unheralded Michael Balasi(10-7, 7 KOs) — a fight Hernández-Harrison won by a wide unanimous decision. Among Atlas’s soundbites was this comment after Hernández-Harrison sustained a2nd round knockdown:

“When you fight a lot of soft competition, as[Hernández-Harrison] has been fed, you’re not ready for a moment like this.”

Enter Mike Dallas Jr., a battle-tested Bakersfield, California-native who came into this bout riding back-to-back TKO wins (albeit against limited competition).  In addition, Dallas Jr. had only suffered losses to three recognizable fighters: Lucas Matthysse (KO 1), Mauricio Herrera (MD 10), and Josesito Lopez (KO 7).Therefore, Dallas Jr. was the perfect litmus test for Hernández-Harrison, providing a golden opportunity for the DC-based fighter to showcase his skills and silence many of his critics.

Thankfully, both fighters were up for the challenge.

“I started kind of slow,” said Hernández-Harrison. “I didn’t do enough at the beginning.”

Indeed, it was Dallas Jr.’s precise punching and volume that helped him build an early lead on all three scorecards. 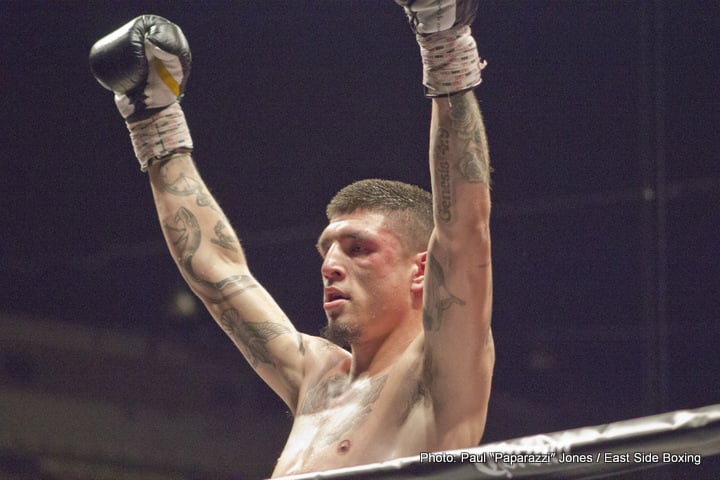 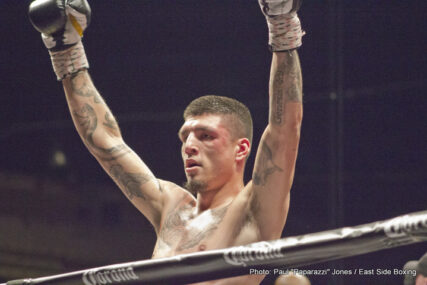 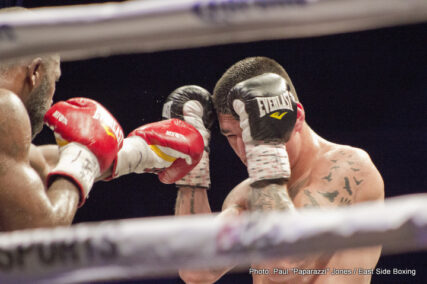 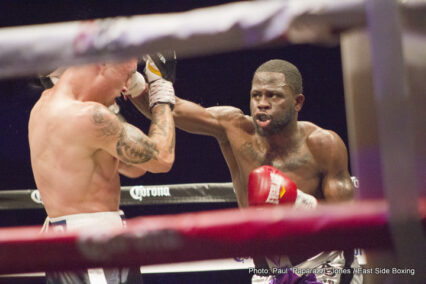 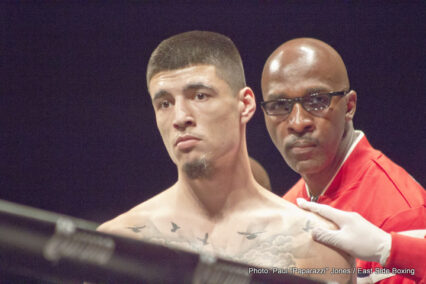 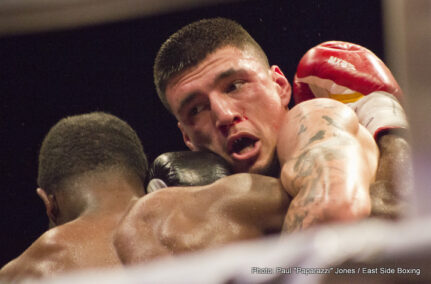 Hernández-Harrison showed toughness in battling back over rounds three and four, but he was caught in the 5thround by a well-timed combination from Dallas Jr that led to the bout’s first knockdown.

Hernández-Harrison recovered quickly, however, and both fighters went nip-and-tuck over the next three rounds.

Hernández-Harrison returned the favorto Dallas Jr. in the 8thround, scoring what looked to be a questionable knockdown courtesy of a borderline shot to Dallas Jr.’s beltline that dropped him to a knee.

Nevertheless, referee Malik Waleed ruled it as a knockdown.

Regardless of its legality, the knockdown appeared to take something out of Dallas Jr. over the remainder of the fight.

“When he hit me low, twice, I couldn’t feel my legs in the last two rounds. I’m not gonna [sic] even lie,” said Dallas Jr.“I was moving, but he hit me low, up under the cup.”

Hernández-Harrison also fed off of the crowd’s energy at key points during the championship rounds when they chanted: “Dusty! Dusty! Dusty!”

Nevertheless, the bout ended in a split draw that left more questions than answers.

For Hernández-Harrison, despite showing resilience and toughness, it’s unlikely that his critics were persuaded by his performance. But the DC-based fighter isn’t too concerned about that.

“I felt like could have got the nod,” said Hernández-Harrison.  “Whatever. I’m just happy it was a good fight.  It sounds weird, but I don’t care about a decision.  I fight, that’s what I do.  I just like to fight.”

For Dallas Jr., it was poor refereeing and an insurmountable hometown advantage that cost him the fight.

“[Hernández-Harrison] hit me behind the head, [on] the back, elbows, everything. [The referee] wasn’t calling sh**,” said Dallas Jr.  “I won the fight, clearly. [Hernández-Harrison] was alright, but he wasn’t active enough. I was hitting him 8-to-1 and he wasn’t throwing nopunches.  It was easy. I could just touch him, use my speed, and not take any chances.”

But don’t expect a rematch.  Whereas Hernández-Harrison was open to it, Dallas Jr. isn’t interested. “It is what it is,” said Dallas Jr.  “It’s his hometown. That’s why I won’t never [sic] do it again, man.”

For what it’s worth, there was also disagreement in press row about the scorecards. For instance, Gene Wang of The Washington Post and ESPN’s Dan Rafael scored the bout a draw, while Gary “Digital” Williams and Juan Marshall of Boxing Along the Beltway, Chip Mitchell of TheFightJournal.com, and yours truly had Dallas Jr. winning by a close points decision. 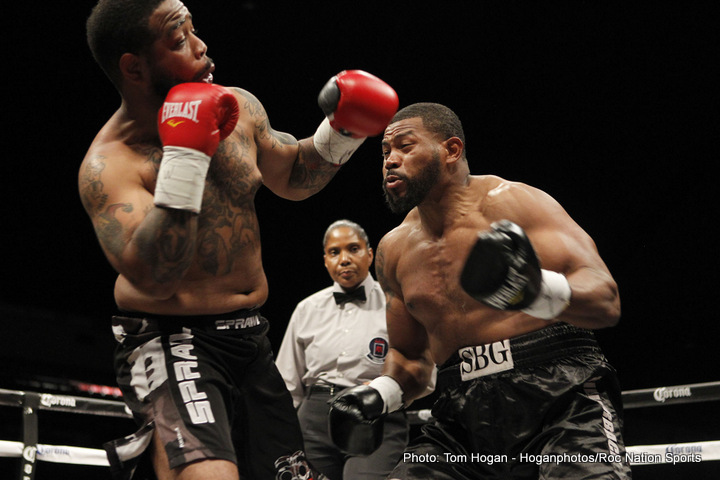 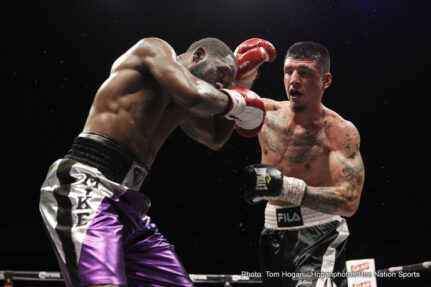 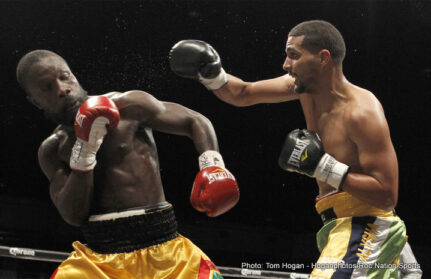 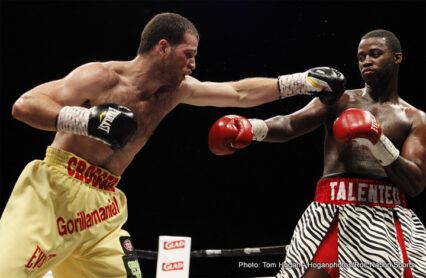 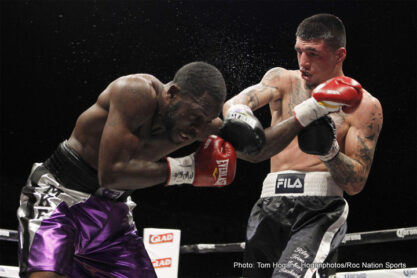 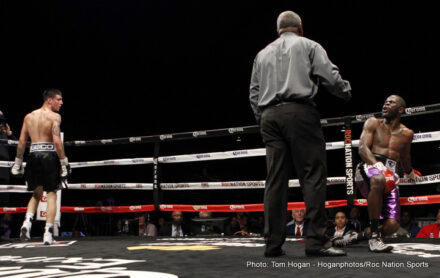 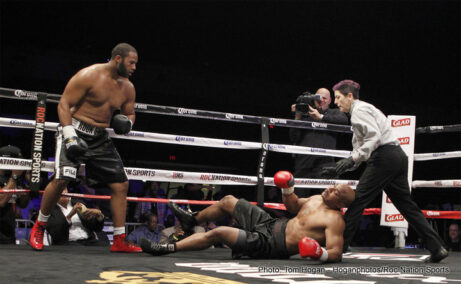 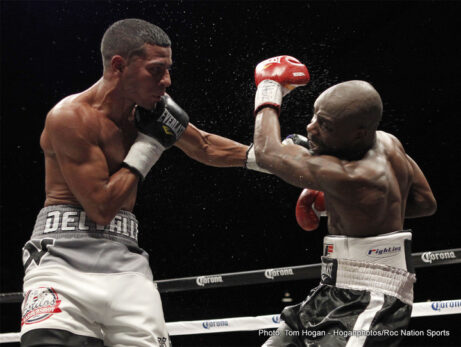 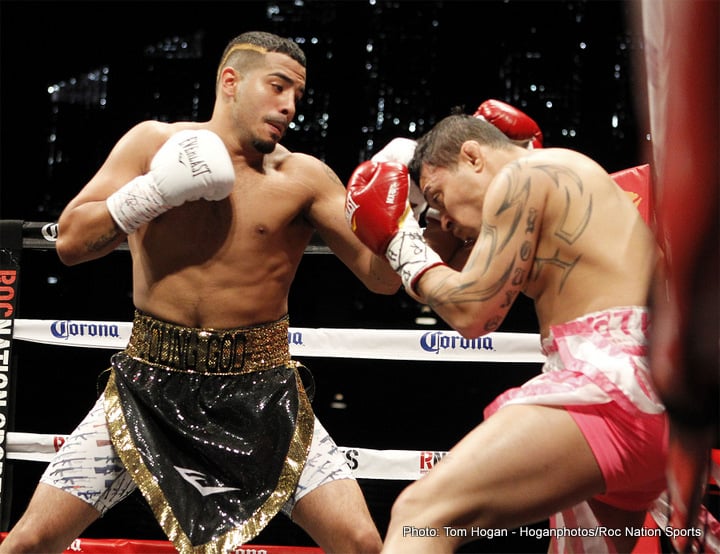 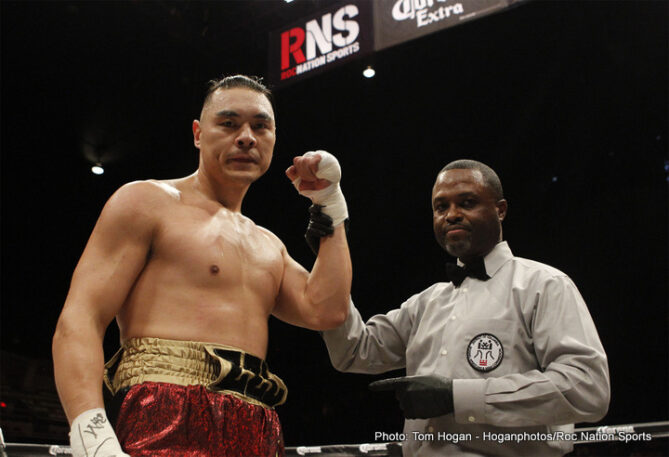 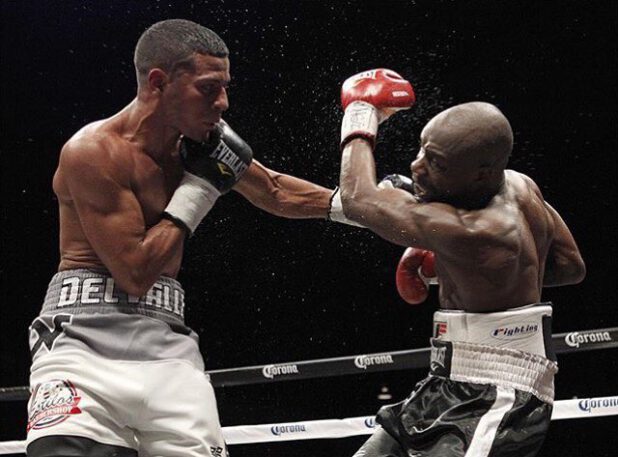 Sky Sports To Deliver More Boxing Than Ever Before As Part Of A New Chapter For The Sport0 Total Shares
Alen “The Savage” Babic Scores Another Thrilling KO – How Far Can He Go? Boxing Results0 Total Shares
Billy Joe Saunders responds to Eubank Jr taunting him about loss to Canelo0 Total Shares
Josh Taylor Eyes Mega-Fights With Crawford, Spence, Pacquiao0 Total Shares