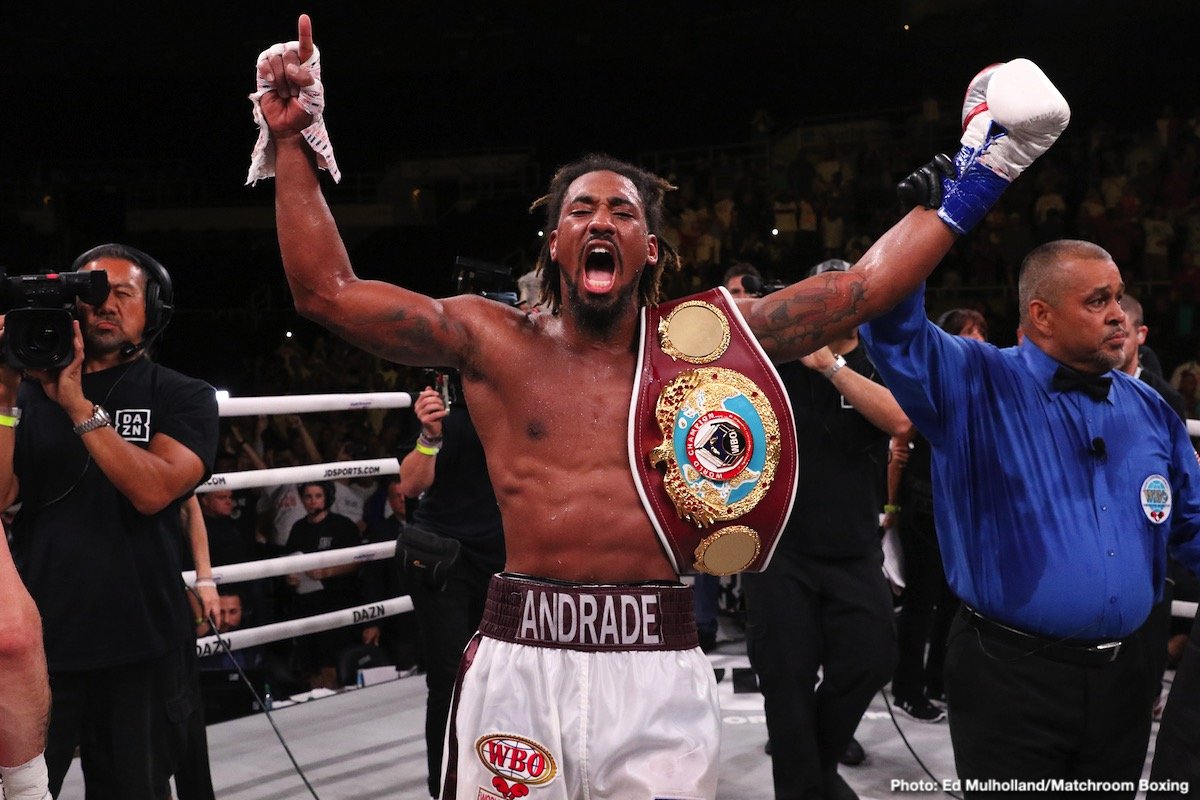 Eddie Hearn is targeting Gennadiy Golovkin for his fighter WBO middleweight champion Demetrius Andrade to fight in the first quarter of 2020 if both guys win their next fights.

Golovkin (39-1-1, 35 KOs) will contending for the vacant IBF middleweight strap this weekend against Sergiy Derevyanchenko. Andrade (28-0, 17 KOs) has his WBO mandatory challenger Steven Butler (28-1-1, 24 KOs) this he’ll be defending against in December.

Hearn doubts that Saul Canelo Alvarez will choose to fight Golovkin next May in a trilogy match. Even though DAZN and Golovkin both want the fight, Canelo doesn’t want it, according to Hearn.

“My argument is that he should have been, because he was the highest ranked contender at the time, but the WBO felt differently. So they’ve ordered Mr. Butler, which is okay,” said Hearn about the WBO choosing not to make Andrade’s last opponent Maciej Sulecki his mandatory.

Butler is a winnable fight for Andrade, as long as he doesn’t run out of fuel like he did in his last title defense against Maciej Sulecki. Andrade, 31, looked great in rounds 1 through 6, but after the last quarter of the fight, he was sluggish. His legs looked rubbery, and he was there for the taking. If Sulecki had any kind of punching power, Andrade would have been knocked out.

The 24-year-old Butler hits hard, and he doesn’t fade late in his fights the way Andrade does. Considering how bad Andrade looked against Sulecki, you can’t rule out a victory for Butler. He’s the young lion looking to take taken an aging lion that is starting to lose his fangs.

Hearn talks Golovkin vs. Andrade for May

“There’s obviously a big desire for GGG to fight Canelo from DAZN, and from GGG, but not from Canelo at the moment,” said . So that’s the one that everyone is going to be pushing for in May. If it doesn’t happen, then there’s a good chance, then I think there’s a really good chance for Demetrius Andrade against Gennady Golovkin is a possible fight.

“It’s a unification fight. Demetrius has really built himself now. When he fights in December, that’ll be his fourth fight in 14 months, and he holds a version of the world title. So I really think he’s a credible challenger for these guys, and it’s now the time for him to have these career-defining fights.

If push comes to shove, Golovkin will take the fight with Andrade if he can’t get Canelo to agree to face him. Andrade is the easier fight for Golovkin if given the choice between him and WBO super middleweight champion Billy Joe Saunders. Golovkin would have to chase Saunders around the ring, and that would be a very difficult match for him at this point. 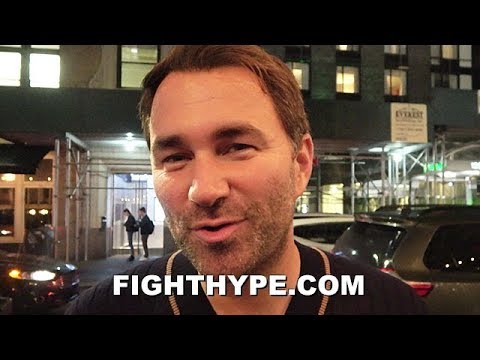