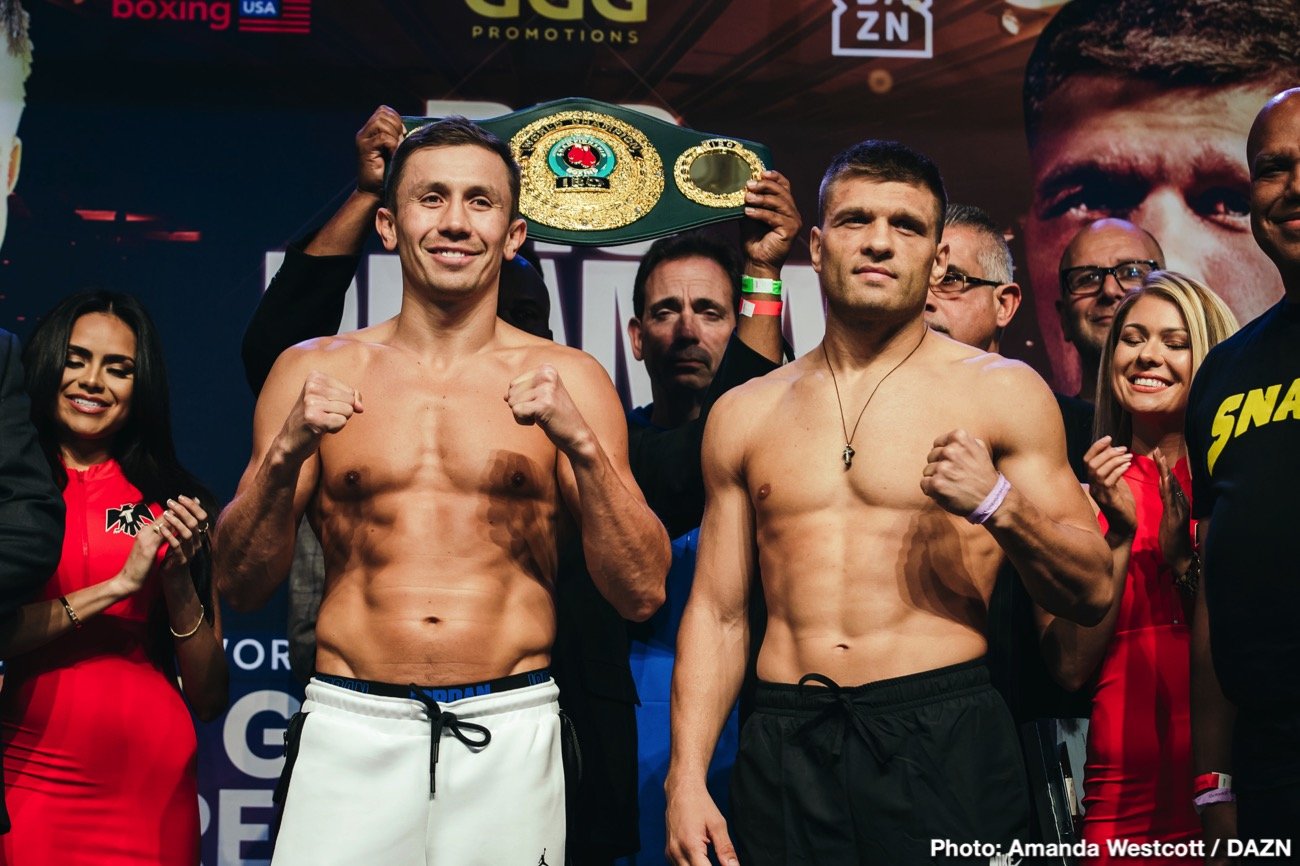 Gennady Golovkin and Sergiy Derevyanchenko made weight on Friday for their fight this Saturday on DAZN at Madison Square Garden in New York. GGG hit the scales at 159.2 pounds, and looked good apart from his tired appearance.

The shorter fighter Derevyanchenko came in at 159 lbs. The vacant IBF middleweight title will be on the line for the fight.

GGG & Derevyanchenko weighed in initially without the crowd present, and that came back later when the media and fans were present.

GGG must win and look impressive

Golovkin (39-1-1, 35 KOs) is the favorite with the bettors in the fight. He needs not only a win, but an impressive victory for him to get a fight against Saul Canelo Alvarez in May 2020. Canelo Alvarez has made it clear that Golovkin needs to win a world title before he’ll consider facing him in a trilogy match. 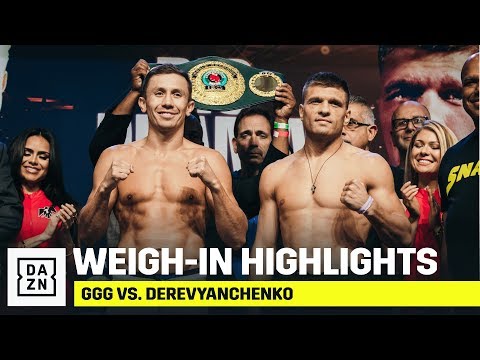 It might not be enough for GGG to just capture the IBF title on Saturday. What Golovkin needs is an emphatic knockout win over Derevyanchenko. In other words, Golovkin needs to score a knockout, and look like the fighter that he used to be four to five years ago.

Golovkin will need his A-game to beat Derevyanchenko

Derevyanchenko is the wrong type of fighter for Golovkin to look good against. The 2008 Olympian from Ukraine has an excellent chin, and he can punch and fight on the inside Derevyanchenko is a fighter that would have pushed GGG to the limits even during the zenith of his career between 2010 and 2014. Right now, Derevyanchenko might have enough to beat the Golovkin that we’ve seen lately in his last two fights.

If this is the sluggish looking Golovkin that we saw in his last fight against Steve Rolls, Derevyanchenko could win the fight. Golovkin looked like he was fighting Rolls at 75%. Whether that was a case of Golovkin not being motivated or the wear and tear from his second fight against Canelo is the big question. Whatever it was, Golovkin can’t let that happen on Saturday night. Derevyanchenko will win if Golovkin isn’t the fighter he used to be.

Hopefully the fight results are controversial like GGG’s two matches against Canelo Alvarez. The winner of this needs to be able to walk away without controversy following them. Canelo won’t want to fight Golovkin if his victory over Derevyanchenko is tainted. The last thing Canelo needs is to face a fighter that is coming of a disputed win.