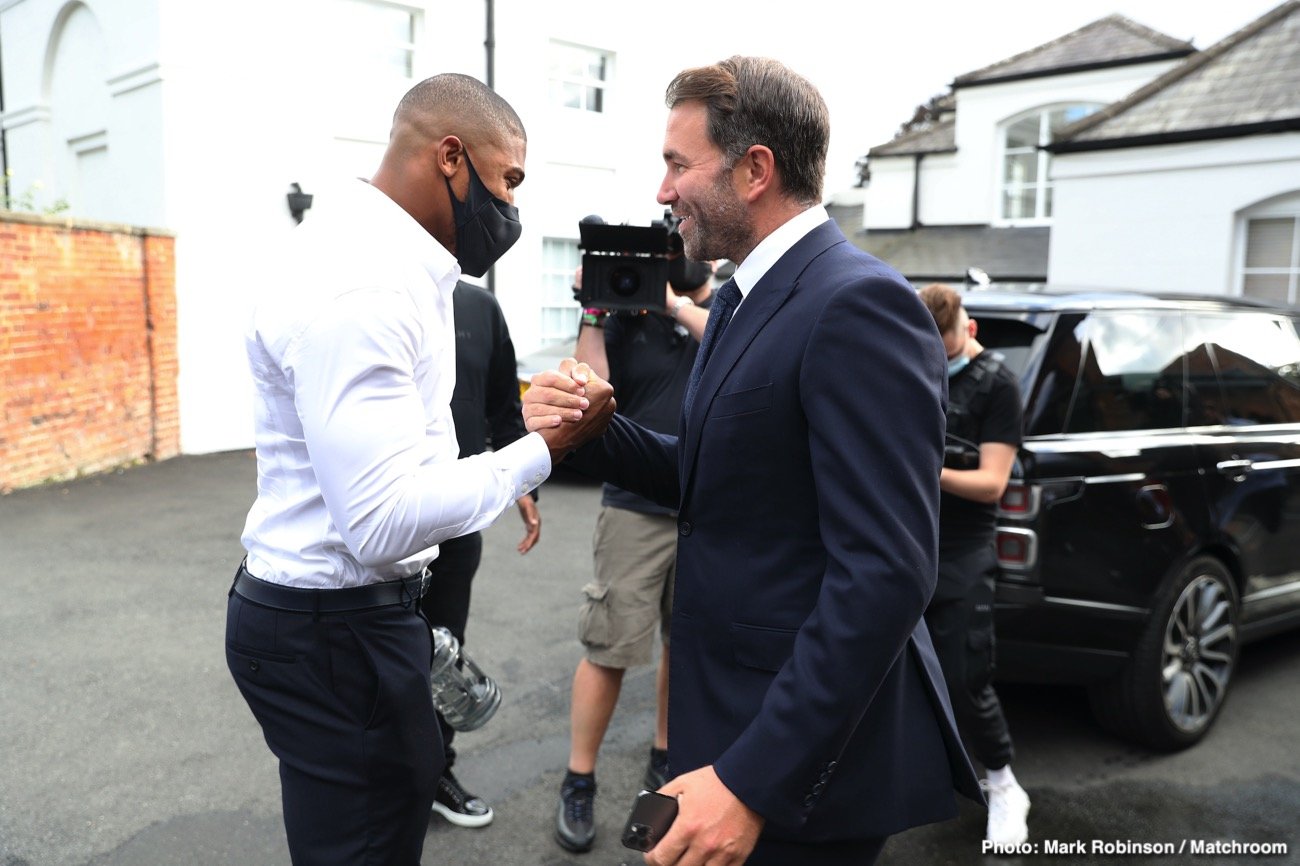 Eddie Hearn has urged Tyson Fury to go straight into a mega-match-super-fight with Anthony Joshua next. No messing about, no “tune-up” or “stay busy” fight or fights in the meantime: Hearn wants Fury to get in there with Joshua ASAP. It sounds great, of course. But making plans in boxing can appear far more straightforward than is actually the case

Fury of course, has that ongoing situation/mess with Deontay Wilder to deal with; Wilder is of course still demanding that third fight (the case to go to court). While Joshua has the potentially tough task of getting through Kubrat Pulev on December 12. Pulev is vowing to take Joshua’s heart, make things too mentally tough for him and then knock him out. Bob Arum has been saying for some time that Pulev will KO AJ.

But if Joshua does get the W on Dec. 12, and if Fury doesn’t have to fight Wilder a third time, Hearn says, no, he insists, it should be Joshua Vs. Fury next.

“We have the dynamics of the deal in place. I don’t want to hear [from] Fury, ‘No, I’m thinking about fighting in March or April.’ Why? Just go straight into the AJ fight. It’s going to be the same timeframe,” Hearn said when speaking with Sky Sports. “Listen, Fury doesn’t want to take a small fight. They couldn’t even get the money together to give him a fight in December, so let’s give him plenty of money. Let’s give him the biggest fight.”

But ahead of such a massive fight, might Fury feel the need to sharpen his tools with a tune-up bout? Remember, Fury has not boxed since February, so if he were to go into a Joshua fight next, in, say, April or May of next year, that would be 14 or 15 months of inactivity for Fury. Joshua, meanwhile, will have been out for just four or five months. Would this be a fair, even playing field?

We all want to see Joshua-Fury, Fury-Joshua (who is the A-side??) but both sides have to be happy with the deal, the timeframe and everything else. Neither side will appreciate being dictated to, will they now?