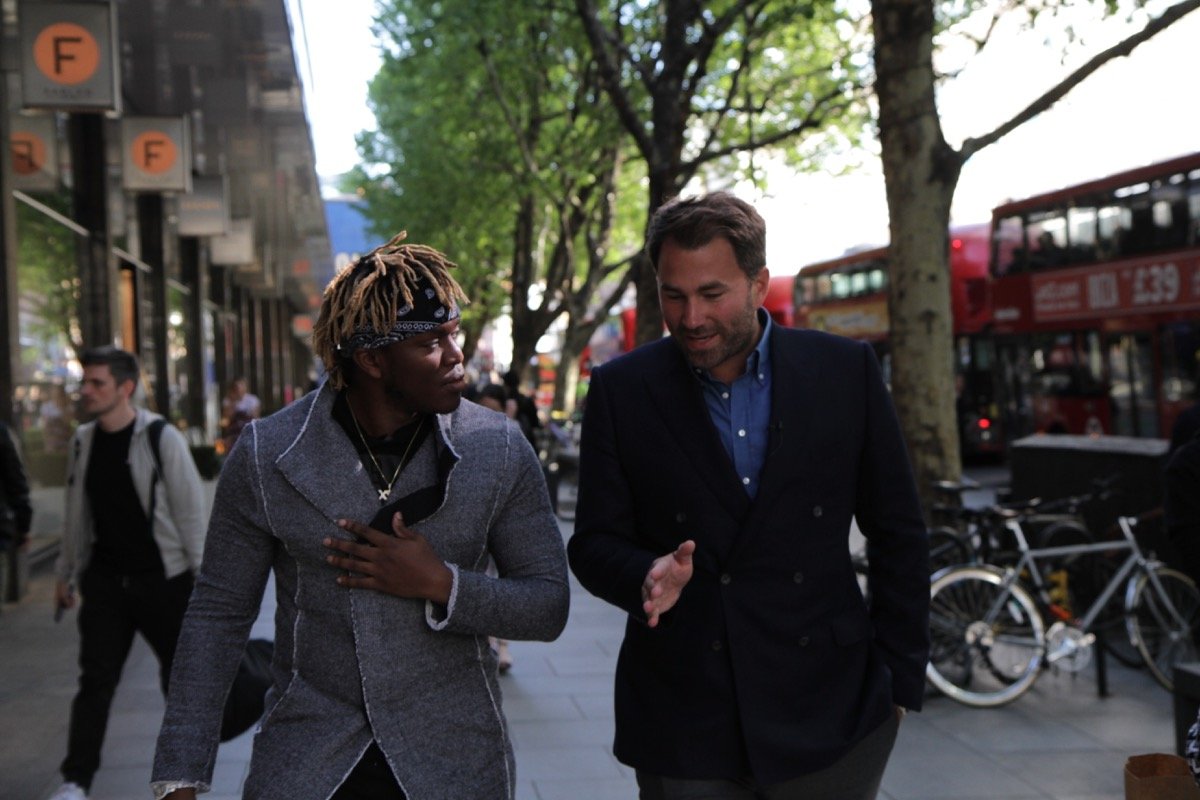 Will Tyson Fury be pulling up a ringside seat at next Saturday’s Anthony Joshua-Kubrat Pulev fight? Eddie Hearn says he should be, seeing as how the big plan is for Fury to fight AJ next year, in a massive all-British heavyweight unification clash the whole world wants to see. Hearn, in speaking with Sky Sports, invited Fury to attend the fight, and then come to his house the following day.

“I think that he should be coming. If he wants to fight Anthony Joshua, it’s not a case of calling him out, it’s called doing his research and building the fight,” Hearn said of Fury. “Tyson Fury is more than welcome to come down, I only live 45 minutes away from Wembley. He can come round on Sunday afternoon for a roast as well, if he wants. We just want to get that fight made. But first things first, we’ve seen it before at Madison Square Garden with Andy Ruiz when we were talking about the Wilder fight. This is it. This is the last hurdle – Kubrat Pulev.”

Hearn added how Joshua is “nervous,” that “the pressure is on.”

“He knows that all he has to do is beat Kubrat Pulev on December 12, and the Fury fight, the undisputed fight will present itself,” Hearn said.

Pulev is of course promising to defeat Joshua, stating how he will be too mentally strong for the defending WBA/IBF/WBO heavyweight champ. We will soon see. As for Fury being there at ringside, it seems doubtful. Fury is no fan of Hearn, as he has made clear many times. And in terms of “researching” Joshua, Fury feels he knows all he needs to know about Joshua and his fighting style. As far as building the fight, a Joshua-Fury fight is absolutely massive right now, with no further build-up or hype required.

Also, Joshua wasn’t ringside at the Wilder-Fury fights, this when (at the time of the first fight between the two) he was supposedly hoping to fight Wilder. It would be a big surprise if Fury showed up at the Joshua-Pulev fight, put it that way.

Interestingly, Hearn, understandably concerned additional fighters may test positive for the coronavirus (following latest victim Krzysztof Glowacki) and be forced to pull out of a fight, told Sky Sports he thinks AJ has already had Covid-19.

“Anthony Joshua, we believe might have had that illness many months ago, so hopefully that’s not even a possibility for him, but everyone is being so careful,” Hearn said, adding how Pulev has been “tested throughout.”

It would be terrible if the Joshua-Pulev fight was postponed yet again. Hopefully this won’t be the case.