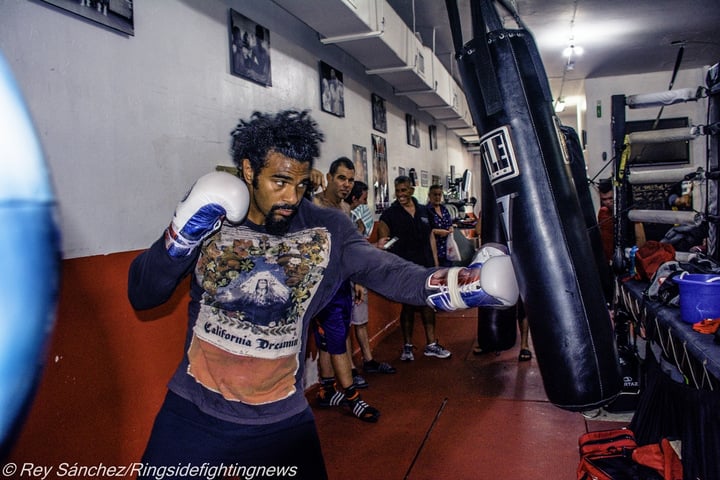 Will proven heavyweight David Haye take out cruiserweight moving up Tony Bellew in double-quick time on March 4, or will “The Hayemaker” dish out a prologued beating? If you are a Bellew supporter and feel “Bomber” will get the win in his heavyweight debut, then it’s perhaps best you read no further.

For Haye, in speaking with IBTimes UK, warned how the “brutal beating” he will give Bellew in just under six week’s time will be so severe that people will “call into question why this fight actually happened.” Haye says that at no point did he go looking for Bellew as an opponent and that the one-sided nature of the fight, along with the brutal nature of the damage he inflicts on Bellew, will make the decision to allow this fight to happen appear “irresponsible.”

“I not only believe I’m gonna win, I believe this is going to be one of the most brutal beatings inside a British boxing ring and it will call into question why this fight actually happened,” Haye said quite chillingly. “People will look at this and think how irresponsible were we all to get behind a fight that’s this one-sided. It’s only after the event that people look and think,’who called for this?’ I never once said I want to fight this guy, he’s the one who started screaming and shouting, his promoters contacted me.”

Haye’s words could be put down to the typical pre-fight talk of dominance over a rival, but Haye seems to be genuinely worried he may seriously hurt Bellew. Nobody wants to see that, not even Haye. Bellew insists he has more “bottle” than Haye and he will take Haye’s heart in the later rounds; where he suggests Haye will “quit.”

Is this where the dangers lies, though: will Bellew be willing and able to take some serious punishment in an attempt to reach those later rounds? Haye, a massive favourite to win in the eyes of the British public, might take Bellew out quickly, maybe even inside a round. But if the fight becomes a war, a battle of attrition, who wins then? And what punishment will both fighters have to take to prevail?

At the end of the day, a prizefight is just that, a fight for a prize. It doesn’t really matter who wins, certainly not as much as seeing both men exit the arena in good health, to the extent that this is possible after two finely trained boxers having engaged in a fight. Let’s all hope Bellew and Haye come out of this one safe.