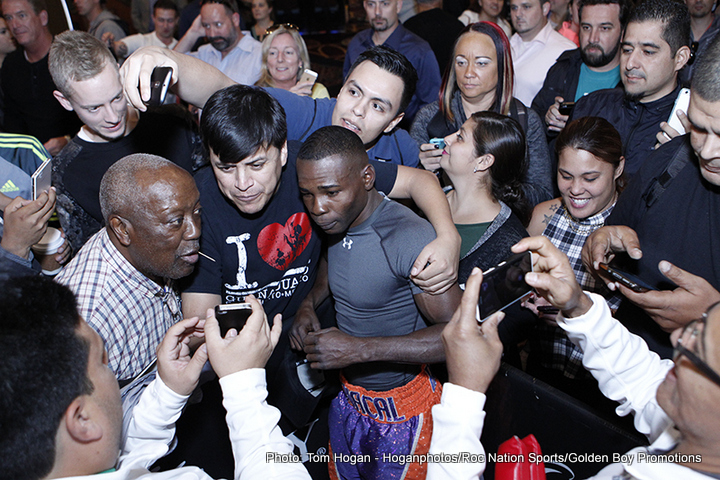 Walk down any street in the UK right now, and chances are, you will hear someone talking about the upcoming British mega-fight that is Carl Frampton-Scott Quigg in Manchester for the IBF/WBA super-bantamweight titles. This fight, proud British fans are saying with plenty of justification, proves that the best still face the best. Frampton-Quigg is widely seen as an incredibly tough to pick, 50-50 affair.

But there is one man out there who is doing his best to pour cold water on the match-up that will earn both fighters plenty of money tomorrow night: avoided Cuban southpaw Guillermo Rigondeaux. As fans know, Rigondeaux and his considerable talents awaits tomorrow night’s winner; but already some people are saying neither Quigg nor Frampton will want to fight the unbeaten master, and may opt for a lucrative rematch with the loser of tomorrow’s fight instead; even if it means giving up the belt or belts.

But Rigondeaux, who has taken to his Twitter account to taunt both Frampton and Quigg – with a couple of cartoon-style pictures of the two, with speech bubble quotes including the exchange, “Rigo just Tweeted, he wants the winner between us to fight him,” and “Oh my mate, I think we should go for the draw” – says tomorrow’s winner should fight him next, while the loser should face Jazza Dickens next.

“After I fight @JazzaDickens10 the looser of#FramptonQuigg should fight him and the winner should stop running and fight me,” Rigondeaux Tweeted an hour ago.

As big a blockbuster as tomorrow’s fight is, the winner against Rigondeaux, 16-0(10) would be an even bigger, better fight, at least for the purists. But Rigondeaux, his critics claim, is boring – something tomorrow night’s fight will certainly not be – and cannot shift tickets. These claims have been echoed by some fighters and their managers/trainers/promoters, with Rigondeaux reduced to travelling abroad to countries such as Ireland, China and Japan to fight. And next up of course, the man who some say is the best in the world pound-for-pound will face huge underdog and British champion Dickens.

Will Rigondeaux and his visit to Liverpool (where he will fight Dickens on March 12th) do the trick and shame tomorrow’s winner into fighting him? In an idea and fair world, yes. We shall see.