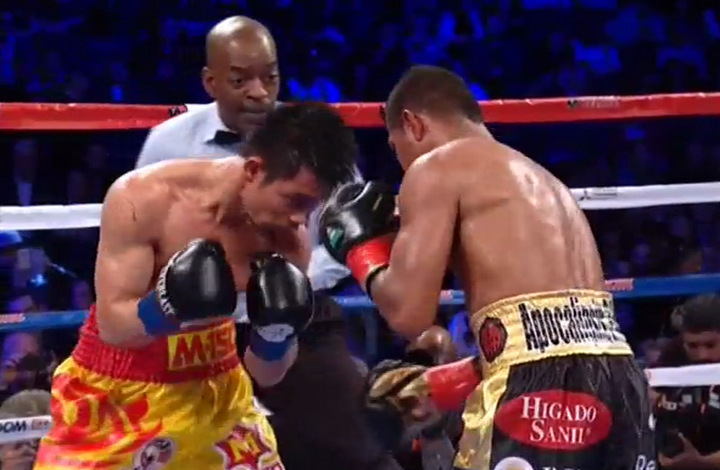 Fight fans, those who appreciate the considerable talents of the smaller men in particular, are bracing for a great action fight this Saturday night in Carson, California. Dubbed “Superfly,” Saturday’s card is of course headlined by Srisaket Sor Rungvisai-Roman Gonzalez II.

Back in March, the Thai fighter and the Nicaraguan put on a terrific fight, one that saw “Chocolatito,” who was closing in on greatness – greatness he may still achieve – lose for the first time as a pro. Falling to 46-1 and losing his WBC 115 pound belt, Gonzalez lost what many fans felt was a debatable decision. But now, although he still believes he won the fight in March, Gonzalez is determined to do everything he has to do so as to get revenge.

Speaking with RingTV.com, Gonzalez said Saturday’s fight is “The most important task in my life right now.” Gonzalez is a substantial betting favourite to avenge his sole defeat, but tough southpaw Rungvisai, a naturally bigger man, is confident he will repeat his win.

“I know this will be a hard fight but I am training like I have never before and with my new coaches and the supervision of Mr. Honda, I believe I will win this fight, God willing,” Gonzalez said to the website of The Bible of Boxing.

Gonzalez sadly lost his long-time trainer Ornulfo Abando, who died last year, and he is now being trained by Sendai Tanaka (who once worked with the great Marco Antonio Barrera) as well as being conditioned by Nakamura San. So, with the new team and the sheer determination to get revenge, can “Chocolatito” do it on Saturday?

The first fight saw Gonzalez take quite a lot of punches (and some head-butts) and he had to dig deep to keep from being overwhelmed. Is Rungvisai, 43-4-1(39) simply too big, too awkward and too physical for Gonzalez? It promises to be another war on Saturday, as Gonzalez is fully aware. If he can get revenge, and in another thriller, who knows, Gonzalez could wind up facing Rungvisai a third time.

The sport’s next great trilogy could soon be upon us.

Prediction: Gonzalez will box his way to a close decision win over the man from Thailand, in another fan-friendly affair.