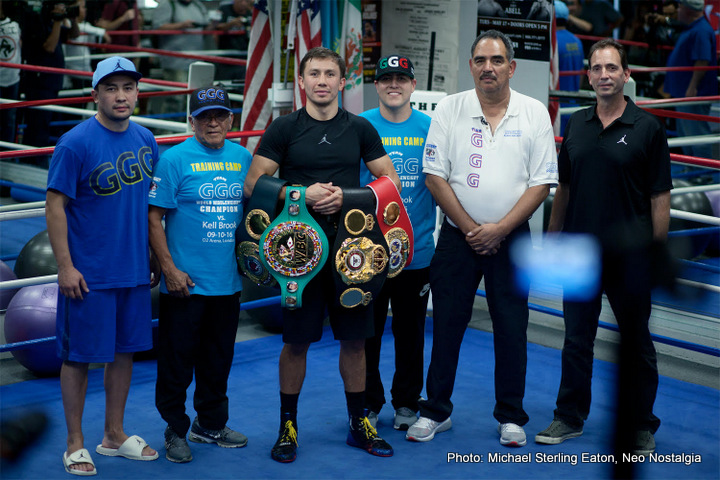 Tom Loeffler, promoter of undefeated World Middleweight Champion GENNADY “GGG” GOLOVKIN has called out the team of Canelo Alvarez and specifically, its promoter Oscar De La Hoya. On Sunday, under the headline “Oscar De La Hoya Boldly Claims Gennady Is Unpatriotic,” Niall Doran posted on the website Boxing News and Views a story based on a video interview De La Hoya had done with Villainfy Media which was posted on You Tube on Aug. 31. The story also stated that De La Hoya “…questioned his {Golovkin’s] support of his own country.”

“I have no idea what Oscar is talking about but it is not true,” said Loeffler. “The truth is Team Golovkin had requested that the national anthems of Kazakhstan, Mexico and the United States be sung before the pay-per-view telecast began so that we could proceed with the fights seamlessly and uninterrupted. HBO supported this position and has always preferred that the anthems take place before the HBO Pay-Per-View telecast begins. To suggest that Gennady is unpatriotic and has no respect for the anthems of his Kazakhstan, Mexico or the U.S., where Gennady resides in southern California, is patently false. Oscar and Canelo owe Gennady yet another apology. This is just another example of why Gennady never believes anything from Canelo’s side.”

This link will take you to De La Hoya’s interview with Villainfy Media. His statement about Gennady begins at 2:58 of this video which was posted on You Tube.

Canelo’s fifth “24/7” appearance and Golovkin’s third, “24/7 CANELO/GGG 2” is the latest installment of the acclaimed franchise that began in 2007.

Canelo vs. GGG 2 is a 12-round fight for the middleweight championship of the world presented by Golden Boy Promotions and GGG Promotions. The event is sponsored by Tecate, “THE OFFICIAL BEER OF BOXING,” Hennessy, “Never Stop, Never Settle,” Fred Loya Insurance, Interjet, Venom, and Fathom Events. The event will take place Saturday, Sept. 15 at T-Mobile Arena in Las Vegas and will be produced and distributed live by HBO Pay-Per-View® beginning at 8:00 p.m. ET / 5 :00 p.m. PT.