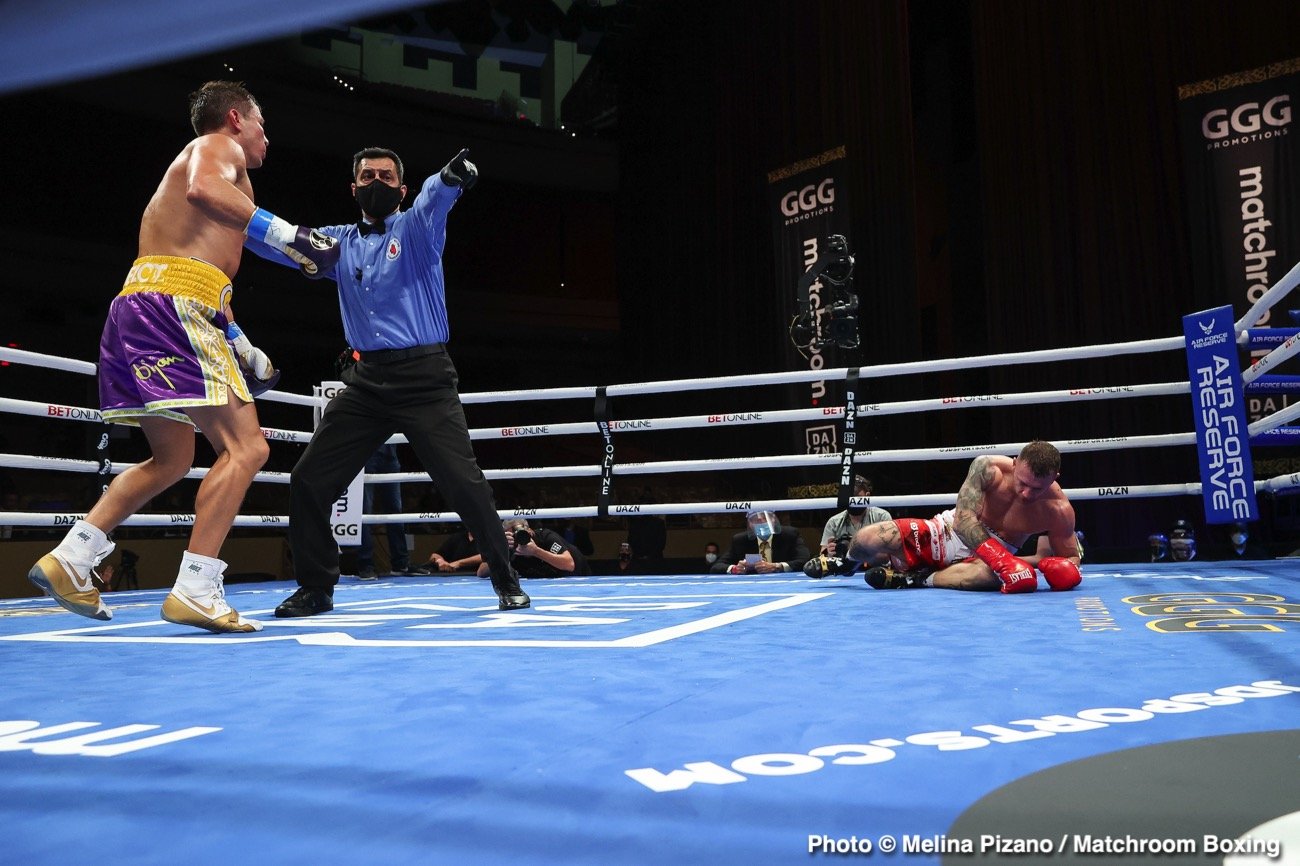 Golovkin’s power was amazing, with him knocking the tough as nails Polish fighter Szeremeta in rounds 1, 2, 4, and 7. GGG looked like the GGG of old throughout the contest, especially with his power.

In the seventh round, Golovkin surprisingly dropped Szeremeta, 31, with a jab. At that point, the referee realized that it would be pointless to let it continue.

After the seventh ended, referee Telis Assimenios opted to stop it after checking on the condition of Szeremeta. Not surprisingly, there were no arguments from Team Szeremeta’s corner at the stoppage.

Unbeaten Kamil Szeremeta on DAZN. The fight promises to be action-packed from start to finish.

Choi was constantly coming forward, throwing shots, but Silgado had no quit in her. She took advantage of Choi’s defensive lapses to catch her punches that were brutal to watch.

Somehow, Choi was able to take Silgado’s big shots to get the decision. The scores were  99-91, 98-92, and 97-93. Moving headed, Choi will need to work on her defense if he’s to beat some of the better fighters in her division.

Right now, Chi isn’t ready for the likes of Katie Taylor, but she has the engine to get the job done if she can improve her defense.

Ryder put heavy pressure on the 39-year-old Guy and chased him around the ring each round. The journeyman Guy showed no interest in fighting, and he made it ugly with his survival-oriented performance.

In the seventh, Ryder landed a big right hand, but he couldn’t follow up with anything to put Guy in trouble.

All in all, it was a good bounce-back performance by Ryder, who lost his previous fight against WBA super-middleweight champion Callum Smith by a 12 round decision last year in November.

Ryder felt that he’d done enough to deserve the victory against Smith, and many boxing agree with that. It would be interesting to see a rematch between Callum and Ryder in the future. 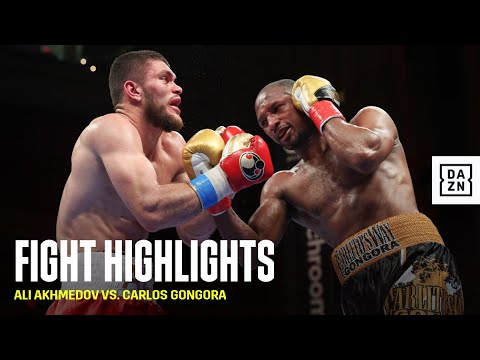 In a big, big upset, Carlos Góngora (19-0, 14 KOs) stopped former amateur star Ali Akhmedov (16-1, 12 KOs) in a come from behind 12th round knockout to win the vacant IBO super-middleweight title. The fight was officially stopped at 1:57 of round 12.

Akhmedov, 25, gassed out in the later rounds and was knocked down twice by Góngora in the 12th. Ali was ahead on the judges’ scorecards when the fight was stopped, but he was definitely fading badly.

Akhmedov didn’t look like he was ready to fight a full grueling, fast-paced 12 rounds at this early stage in his career. In hindsight, Akhmedov would have been better off fighting a 10-rounder.

It’ll be interesting to see if Akhmedov’s promoter looks to set up a rematch with Gongora. It would be a risk for Akhmedov to get back in there with him, but we’ll have to see how that goes. 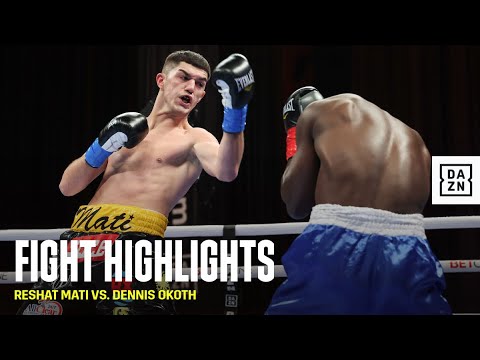 Golovkin has been out of the ring since winning the IBF middleweight title a year ago, and he’s chosen to hold onto the belt despite all the great fights taking place at 168.

Golovkin must look good tonight because he’s got a lot to lose if he gets beaten by the 31-year-old Szeremeta. (21-0, 5 KOs).

Golovkin had his eye on a fight against the little known Szeremeta even before winning the IBF title, which some boxing fans interpret as a careful cherry-pick.

If that’s the case, Golovkin can’t afford to continue to do that, as the boxing public wants to see him facing better opposition, be it Canelo, Jermall Charlo, Demetrius Andrade, or the super middleweights.

Golovkin needs to take fights that will help build interest from boxing fans for a fight between him and Canelo.

There’s a chance that Canelo might give Golovkin the third fight that he’s been asking for since losing to him in 2018.