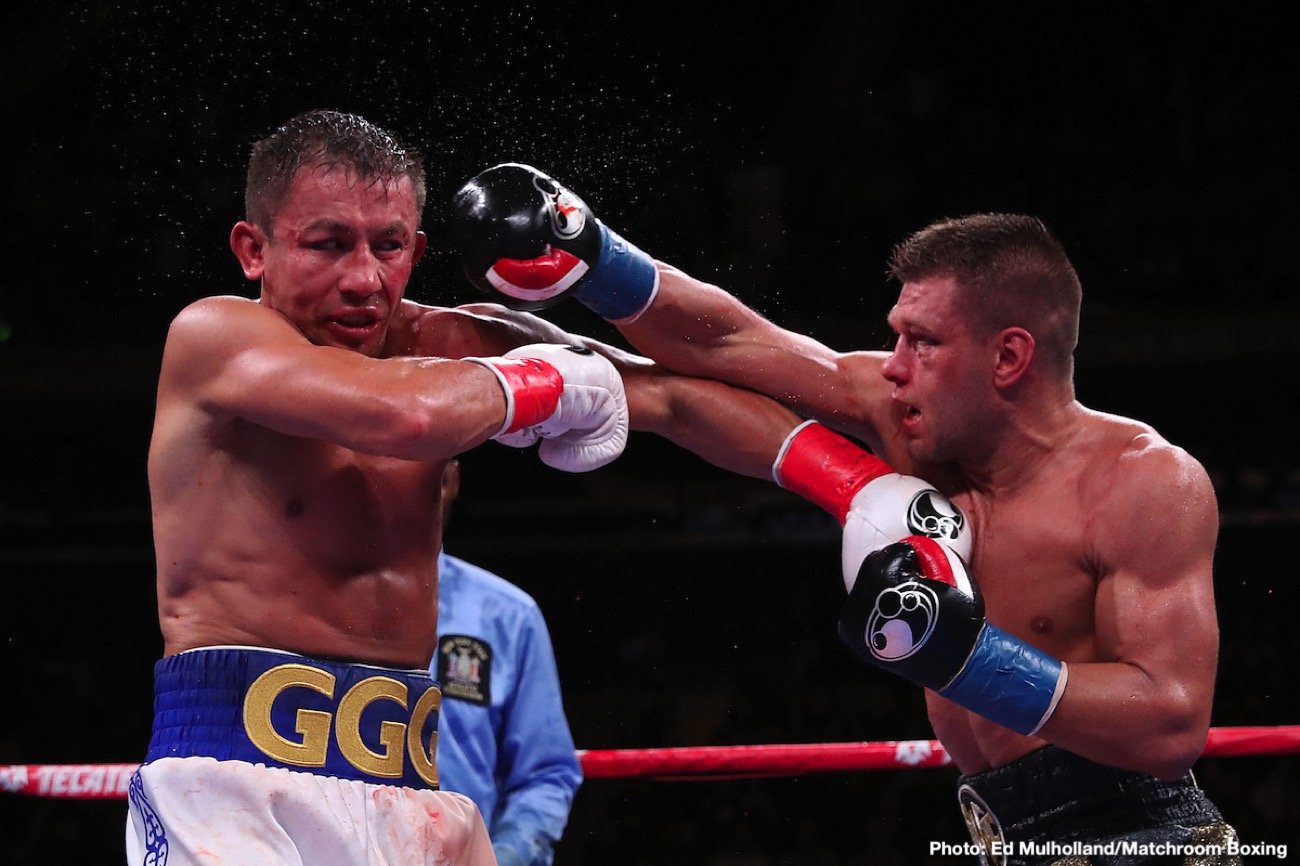 Trainer Abel Sanchez thinks IBF middleweight champion Gennady ‘GGG’ Golovkin has been taking a wrong-headed approach to his last four fights by choosing to mostly box instead of going to war like he used to.

The punishment that Gennadiy had taken to his face is directly related to him choosing to box ALL his opponents rather than brawl since 2017.

Sanchez this isn’t an age-related phenomenon with Golovkin (41-1-1,36 KOs) because he changed his old style of brawling back when he fought Daniel Jacobs in 2017.

Golovkin struggled against Jacobs because he boxed him, showing him too much respect, and making a fight that should have been easy a really tough one.

Dmitry Pirog had earlier created the blueprint on his to beat Jacobs in 2010 when he jumped on him from the opening bell and wound up scoring an easy fifth round stoppage.

According to Abel, he told Golovkin after the fourth round that he couldn’t box Canelo and that he needed to fight him.

Unfortunately, Golovkin failed to follow Sanchez’s instructions and wound up losing to Canelo by a 12 round majority decision.

Some boxing fans believe that Golovkin has been bitter since the defeat against Canelo, believing perhaps that he should have won the fight.

Of course, if Golovkin had chosen to follow Sanchez’s advice, he might have beaten Canelo and there would be no reason to be bitter about it.

In hindsight, Golovkin should have known going into the rematch with Canelo that he would never be given a decision win over the popular Mexican star.

Golovkin should have gone into the rematch with Canelo dialed in 100% to try and knock him out to take the judges out of play.

“I don’t know. I’d have to be guessing. I’m thinking all the rhetoric. The media talking about, ‘Oh, he’s just a puncher. He’s just a big banger, he can’t box,'” said trainer Abel Sanchez to Fight Hub TV about what he feels made Golovkin change from a slugger to a boxer. 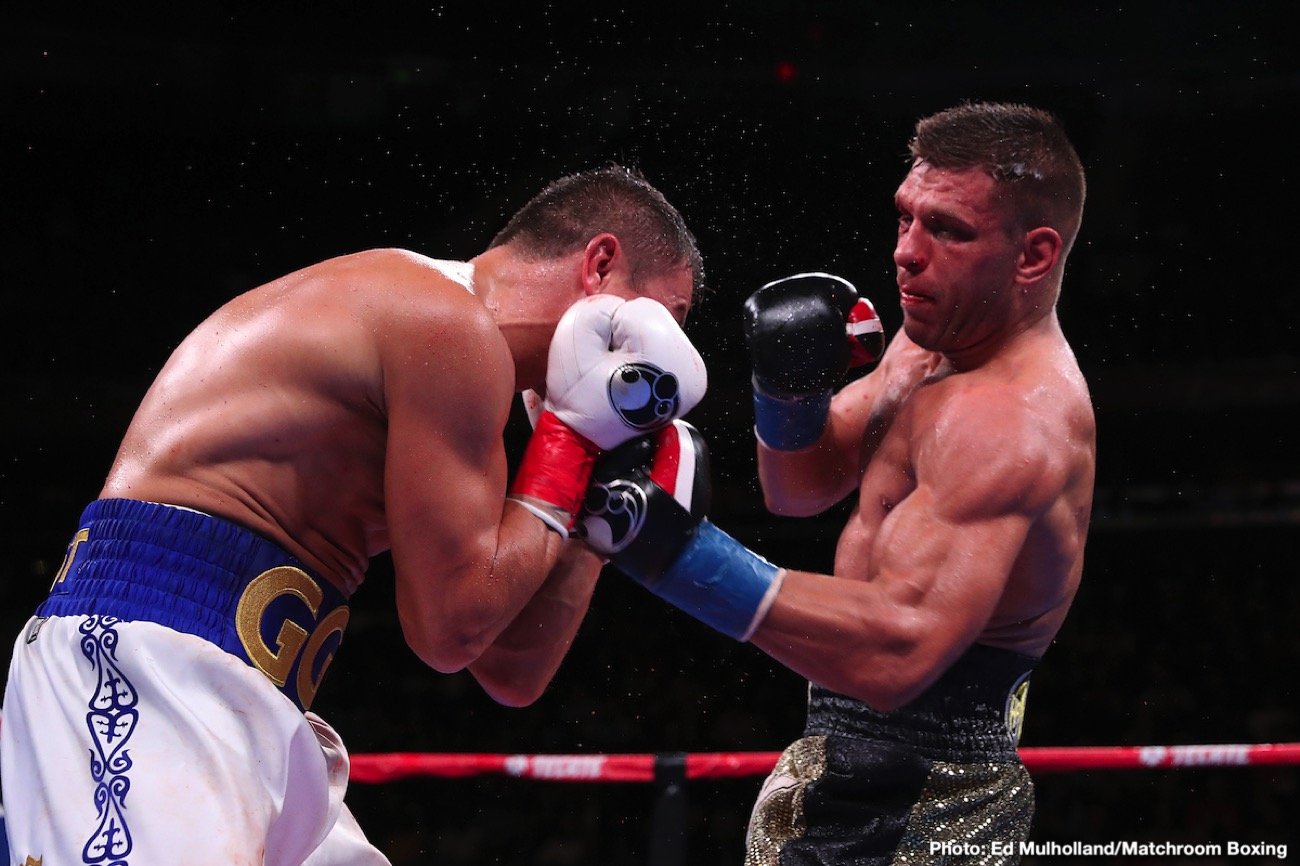 “When you allow somebody to think, they become a different fighter.  I think in the Canelo fight, the first one, he fought how I wanted him to fight. In the second one, he wanted to be a boxer. He thought he could jab his way to a win,” said Sanchez.

Golovkin was a far superior fighter when he would jump on his opponents right away, and overpower them with shots.

Who can forget Golovkin’s entertaining stoppage wins over Kell Brook, Dominic Wade, David Lemieux, and Matthew Macklin. That was when Golovkin was still fun to watch because he would bring it, looking to KO his opponents quickly.

“When a judge sees you backing up when he normally sees you going forward, he’s got to think that you’re behind, you’re getting hit. I think it was the fourth round, if you playback the tape, you can hear me saying to him, ‘You can’t box this guy [Canelo],” said Sanchez. “You’ve got to fight this guy.’ I think he wanted to prove to everybody that he could box,” said Sanchez.

“I’ve seen his [Golovkin] face after the last three or four fights, his face got more punishment on it than in his whole career with me, and it’s not because he’s got a bad coach. He’s got a very good coach [Johnathon Banks]. It’s just that he’s trying to do things that are not him.

“No, I disagree with that,” said Sanchez when told that some people believe Golovkin is taking more punishment now because he’s getting older.

“If he was going forward, stalking somebody and throwing punches like he used to and he was still getting hit like that, then I would agree with you. When he’s trying to box and throwing five punch combinations, he has a nice jab, and he boxes brilliantly.

“He threw some brilliant jabs, he threw some great jabs in that fight, but that doesn’t win you the fight,” said Sanchez about Golovkin’s second contest with Canelo.

“In the first fight [with Canelo], we had the unfortunate blind judge that had it 118-110. In the second fight, we had a judge that was supposed to be the best judge in the country, judge the seventh round, which was probably Gennady’s strongest round, and gave it to Canelo.

“Listen, I believe we won both fights, but that’s why we have three judges. They decided we didn’t.

“I still say that when a judge sees you for 20 or 23 fights being the aggressor, being the stalker, being the bomber, throwing shots like you don’t care like I’m saying with Canelo, and then Golovkin suddenly becomes a boxer and is backing up,” Sanchez said.

“Yeah, he’s throwing a good jab, but he’s getting hit with shots that he normally doesn’t get hit,” said Sanchez. Why? Because he’s boxing. It gives Canelo no fear, no restraint. The judge says, ‘He must be losing the fight. The other guy is more aggressive and is coming forward.’

“So, I think that had a lot to do with the scoring. I wish he hadn’t done that, but we didn’t have time to discuss it,” said Sanchez about him wishing that Golovkin hadn’t chosen to box Canelo in their second fight.

“Everybody talks about the body shots, but you got to understand that Canelo is a great body puncher too, but he didn’t land that many body shots either,” said Sanchez.

“Sometimes when you have two guys at that level, they take away their strengths. They do things to take away those strengths and take away what they naturally do the best,” said Sanchez. 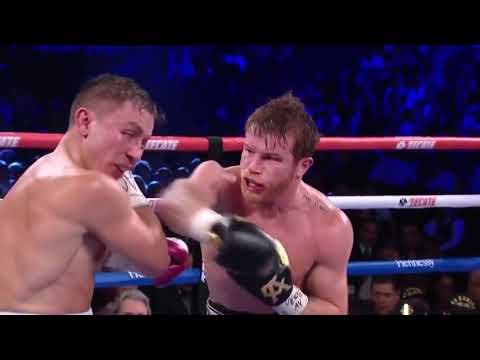