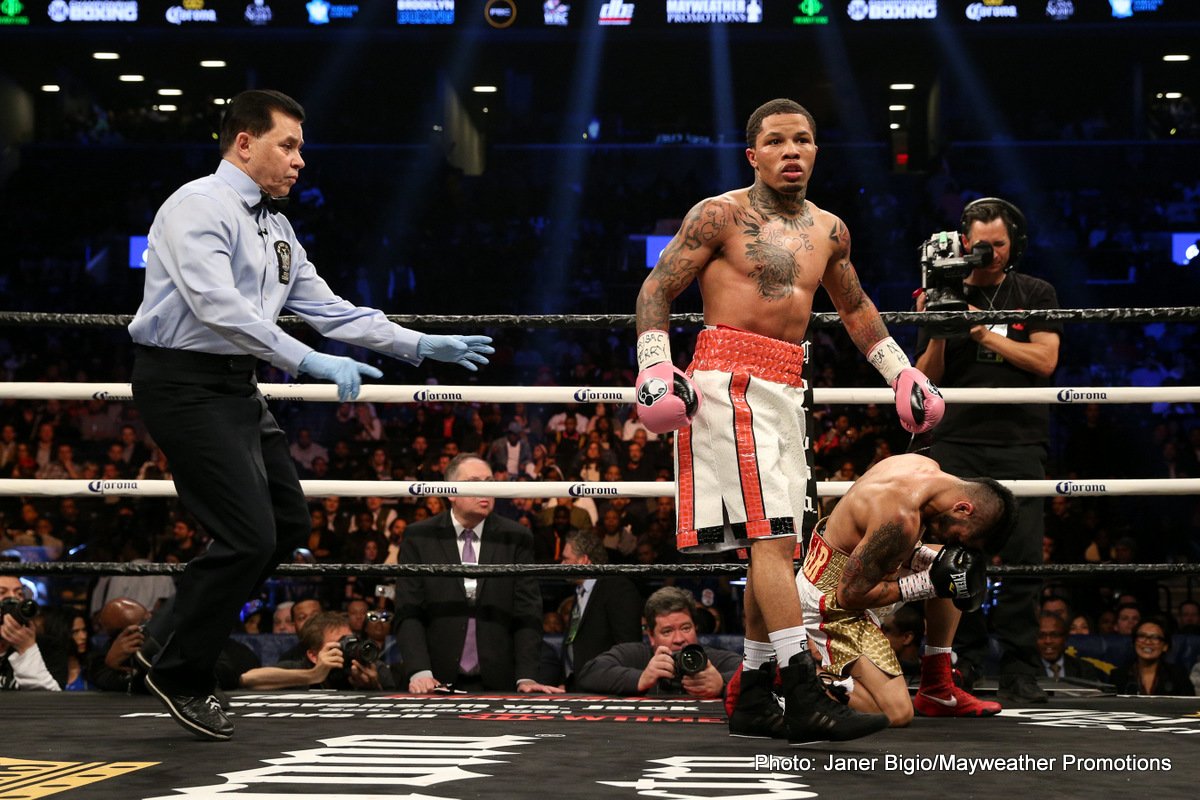 Davis vs. Mares promises fireworks and high-stakes action as both men bring their fan-friendly styles to the ring. Davis, an unbeaten southpaw who earned his nickname “Tank” by powering through opponents, has thunder in both fists with 19 of his 20 fights ending in knockout. Mares, who has engaged in many memorable fights throughout his storied career, will be moving up in weight and looking to capture a world title in a fourth weight class.

Tickets for the event, which is promoted by Mayweather Promotions, TGB Promotions and Ringstar Sports, go on sale Saturday, December 22 and can be purchased at AXS.com.

“This matchup is sure to make for a crowd pleaser, as both guys are known for delivering action when they step into the ring,” said Leonard Ellerbe, CEO of Mayweather Promotions. “Mares has an impressive resume and is determined to hand Davis his first loss. Davis has made a lot of noise in the sport at a young age and isn’t slowing down. He executes impressively and continues to prove that he will be the next big star in boxing.”

“Abner Mares is looking to join a select group of boxers by winning a title in his fourth different weight class and carrying that kind of motivation into the ring is the thing that can propel a boxer to greatness,” said Tom Brown, President of TGB Promotions. “We’ve already seen the kind of speed and explosive punching power that Gervonta Davis brings into the ring. I expect that Mares will push him to even higher levels and that is the kind of match that should excite all boxing fans.”

“The matchup between Gervonta Davis and Abner Mares features pound for pound two of the most exciting boxers,” said Richard Schaefer of Ringstar Sports. “For Gervonta it is the biggest test in his career and for Abner it is simply “Dare to be Great”. These two are the definition of modern day gladiators who will put it all on the line on February 9. The winners of this exciting matchup are us – the fight fans and the general public who will be in for a treat!”

“This is an intriguing matchup for both men at crucial points of their careers,” said Stephen Espinoza, President, SHOWTIME Sports. “Abner Mares has never backed down from a challenge, quietly building one of the strongest resumes in all of boxing while consistently delivering fight-of-the-year performances. In his first fight in the super featherweight division, Abner will be facing Gervonta Davis, one of the strongest, most talented and most exciting young champions in all of boxing. Abner seeks another signature upset in a remarkable career, while Gervonta looks to continue his streak of 11 straight stoppages against the most experienced and accomplished opponent he has faced to date. With these two come-forward, all-action fighters, boxing fans can expect another thrilling Showtime Championship Boxing main event.”

Davis (20-0, 19 KOs) became the youngest reigning American world champion in 2017 when he delivered a star-making performance on SHOWTIME by knocking out Jose Pedraza for the IBF 130-pound title at just 22 years old. He became the youngest two-time world champion in April when he knocked out Jesus Cuellar in the third round of their WBA Super Featherweight Championship bout. The 24-year-old from Baltimore, Md., has earned the reputation as a power-punching menace as he has stopped all but one of his professional opponents.

“I’m very excited to be showcased in my first main event in the United States on February 9,” said Davis. “I want to make a statement in this fight by putting on a tremendous performance against an experienced world champion like Abner Mares. I plan on showing everyone why I belong in pound-for-pound discussions and why I’m the most exciting champion in boxing today. You don’t want to miss it!”

The 33-year-old Mares (31-3-1, 15 KOs) will be moving up to 130 pounds as he aims to become just the fourth fighter born in Mexico to win titles in four divisions, joining Juan Manuel Marquez, Erik Morales and Jorge Arce. Mares, who was born in Guadalajara, Jalisco and now lives in Montebello, Calif., was a member of the Mexican Olympic boxing team in the 2004 Athens Olympics before going on to win world titles at bantamweight, super bantamweight and featherweight. His two battles for the featherweight world title against Leo Santa Cruz epitomized the kinds of high-volume clashes that have set Mares apart from many of his contemporaries in the same weight classes. He lost a unanimous decision to Santa Cruz in his last fight in June and aims to tackle another weight class on February 9.

“I wanted this fight and I want this challenge against Gervonta Davis,” said Mares. “I’m preparing well and I will add my fifth world title in my fourth weight class on February 9 on SHOWTIME.”