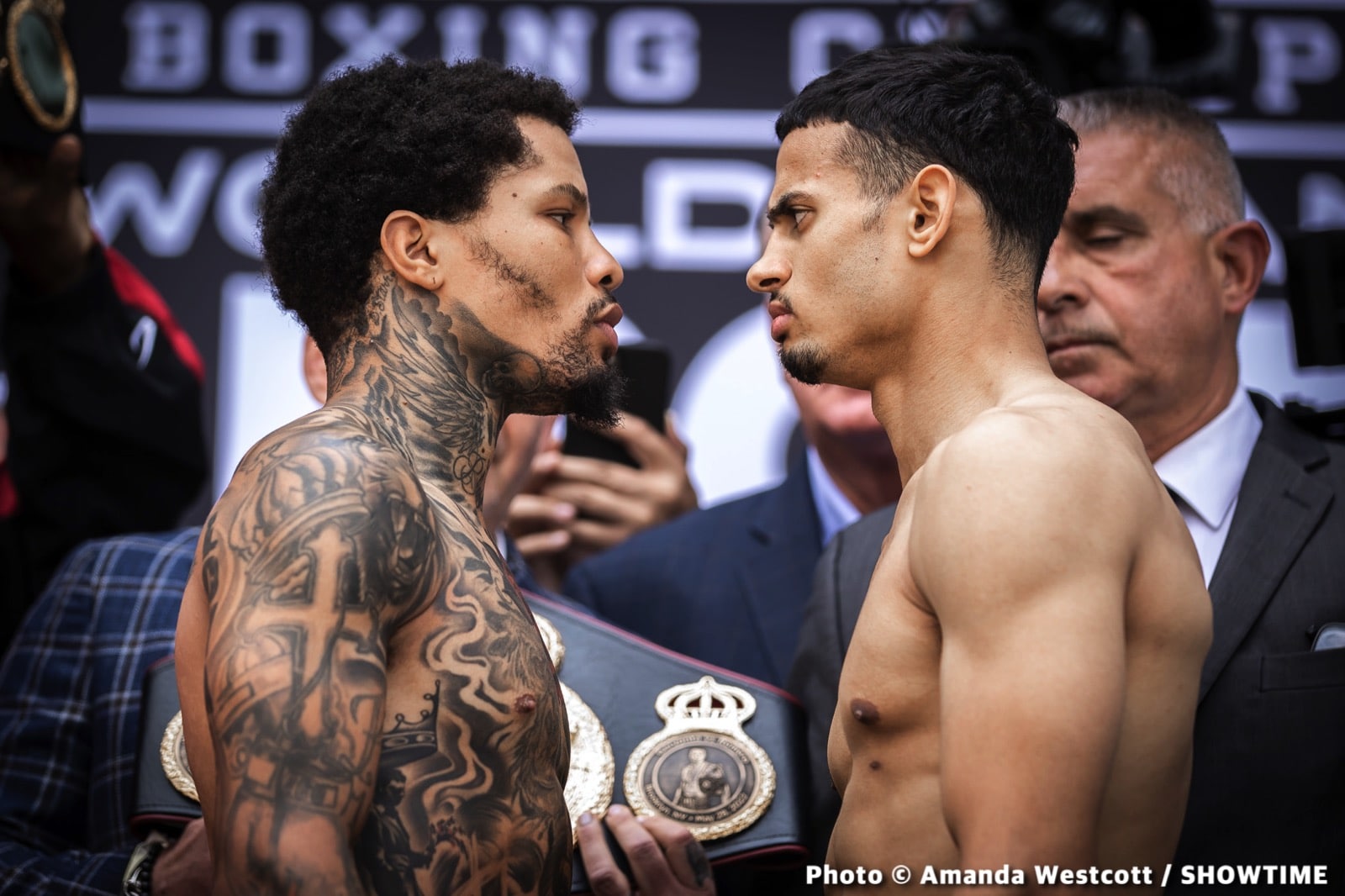 The beef for this Showtime main event between Gervonta Davis and Rolando Romero had been boiling for quite some time now.

As we know, this fight was scheduled to take place last year before Romero was removed from the card because of an open investigation for which he was later cleared of. Now the second go-round of this promotion has only increased the beef but will it produce in the ring? If all the trash talk, including Friday’s weigh-in featuring a push from Gervonta that caused Rollie to fall off the stage, holds true, we could be in for a banger. This event will be broadcasted by Showtime PPV and available on the Showtime APP and cable/satellite outlets.

When this fight was made for the first time in 2021, the majority of sentiment in the boxing world was at a mediocre level as far as anticipation. The main reason for that was a combination of the high-profile names at Tank’s division and the fact that most people thought Romero had recently lost to Jackson Martinez. In short, it was widely considered a step back in terms of competition level for Davis. The buzz has been built as much as possible considering the matchup and betting odds being heavily favored towards Gervonta, although some money has come late on Rollie via KO. It’s apparent that Rolando Romero can talk the talk, but Saturday night, we will find out if he can walk it.

The best-case scenario for this fight appears to be a two-way slugfest where both guys get their licks in, and we get a knockout ending. Maybe Rollie can rush Gervonta and apply pressure while landing power shots in a similar fashion as Isaac Cruz. Maybe Rollie will use a jab and upper body movement to get inside. There’s a possibility that Gervonta will fall for the hype and make the mistake of coming into the ring angry. Maybe just maybe, Tank uses his boxing skills on the outside and looks to counter Romero with the perfect shot. Both men in recent bouts did box more on the outside, but it’s just not all that likely that we will see that on Saturday. To be fair, most of those options seem very unlikely or at least just as likely that these two guys will try to swing for the fences at some point.

The longer this fight goes on, the better it will be for Gervonta Davis, meaning Rolando has to make a dent in Tank within the first several rounds. Tank has proven he will be patient enough to land a difference-maker and has seemingly given away rounds by design in order to accomplish his main goal. In his last outing versus Cruz, that was not the case because of the combination of consistent pressure that Isaac brought, and an injured hand had Davis looking to box his way to a victory. At least we know that Gervonta has that in his bag if he needs to pull it out in this fight or sometime in the future.

The bottom line is that Gervonta has the power advantage along with the skills to land those big blows with accuracy. If Gervonta fights with his brain and not just the emotions from his heart trying to get Rollie back for his trash talk, it should be relatively smooth sailing. Rollie does have power, but can he land it throughout the rounds? Romero’s wide punching will likely put him out of position and also could make him tired from missing if it gets to the late rounds. The punch this boxing podcaster is calling for a knockout, or the punch that changes this fight will be an uppercut by Gervonta. Let’s see if Rollie can use overhand shots and looping punches the way Cruz did. Beyond a homerun punch, the odds and Tank’s ability mixed with real power are stacked too high against Rollie.

My Official Prediction is Gervonta Davis via mid to late rounds KO.

Side Note: Keep an eye on the 2nd fight of the PPV undercard when unbeaten rising prospect Jesus Ramos takes on a solid test in Luke Santamaria.

Written by Chris Carlson, Host/Producer of The Rope A Dope Radio Podcast Available at www.blogtalkradio.com/ropeadoperadio. Follow on Twitter @RopeADopeRadio.