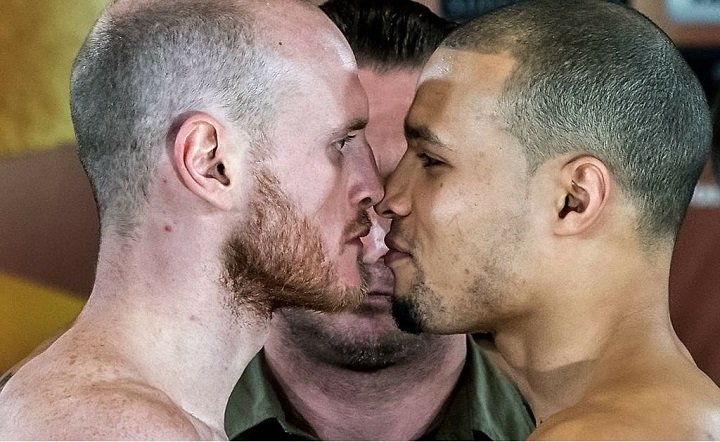 As fans are aware, WBA super-middleweight king George Groves suffered a dislocated left shoulder in the 12th and final round of his otherwise dominant decision win over Chris Eubank Junior, the injury being one Groves has said is “probably one of the most painful I’ve ever had.” Now, with the final of the WBSS Groves fast approaching (June 2), there is concern over whether or not Groves will be fit and ready to be able to face either Callum Smith or Jurgen Brahmer (who meet in the last semifinal this Saturday night).

Fans everywhere surely agree how Groves more than deserves his place in the final and that if he needs time to fully recover, then there should be some flexibility with regards to when the final takes place. As Groves said when speaking with iFL TV yesterday, “I don’t think these dates are set in stone.”

“It’s impossible to answer at the moment,” Groves said in regards to whether or not he will be ready to fight on June 2. “June 2 isn’t that far away – in terms of a 12-week camp, it’s fourteen, fifteen weeks away. We will seek advice from the specialist, find out how long it’s going to take before I can get back punching. It wouldn’t be the same if I wasn’t in the final so if they have to move the dates for it, so be it. Who else are they going to replace me with? We’ll make it happen but I’ve got to be fully fit to box, whenever that time comes around. I’ll be in the final, I just can’t guarantee the date yet.”

In terms of who could, theoretically replace Groves should the WBSS organisers prove unwilling to budge on the June 2 date, Kalle Sauerland did say at Saturday’s post-fight presser how the beaten Eubank “is on the list.” It really would prove to be an ironic turn of events if Eubank replaced the man who so soundly defeated him, and took Groves’ place in the final. But anything is possible (and imagine, how hard it may be to do so, Eubank fighting in the final and actually winning!)

Hopefully Groves will recover as fast as he says he feels should be the case, and that if the WBSS final does have to be delayed by a week or three, then the organisers will make it happen. It would be one big anticlimax if Groves did not get to take part in the final he so heroically boxed his way to being in in Manchester.