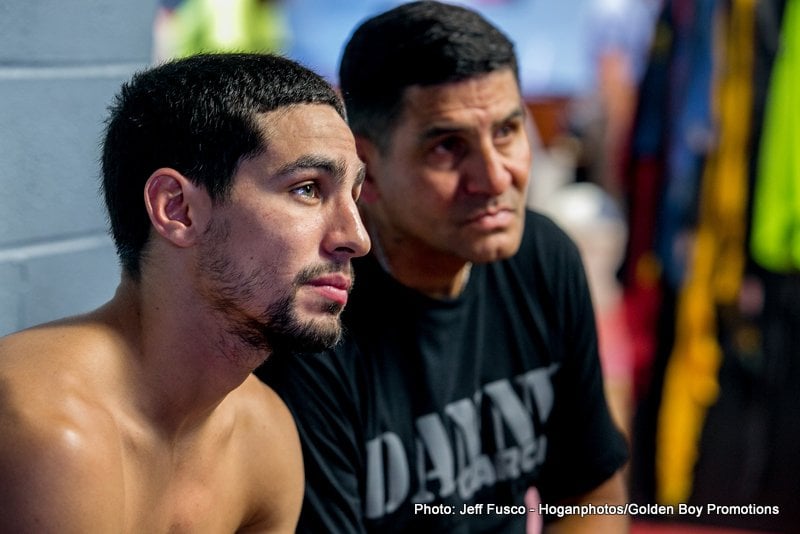 2015 is setting up to be one of the best years of boxing we have seen in recent years. There are a lot of interesting matchups being made and Al Haymons number of new TV deals means that more people will be watching these fights than in the past few years.

One of these well-balanced bouts would be the competitive champion vs. champion fight in Garcia vs. Peterson. Although the titles will not be on the line for this fight, it will still be an interesting show between two top 140lb fighters.

For me Danny Garcia is the clear favourite in this fight. We have seen him come out on top of all of his contests so far and he has beaten men with some very good records such as Amir Khan and Lucas Matthysse. This is not the toughest bout of his career but at the same time Peterson brings some things to ring, which Garcia may have, problems with, such as a good, solid jab. Matthysse blew out Peterson when they fought, but styles make fights and Matthysse is one of the best at what he does. A Garcia fight vs. Peterson fight is very different stylistically, so the difference in results vs. Matthysse should not be read into too much.

A similar fight to look at for reference would be the Garcia vs. Judah fight. In that fight we saw Garcia struggle for periods, but largely he neutralised Judah’s left hand and won decisively on points. It could be a similar story on the night these two meet. However we also saw a lot of problems when Garcia fought Mauricio Herrera in that recent fight. Herrera did not allow Garcia to do the things we knew he could do. It is because of results like this that this fight is exciting as either man could be the winner by the final bell. I do not expect a knockout but a strong points decision for either fighter would really catapult their career into some big fights in the near future.