Arturo Gatti (in a truly great fight), Azumah Nelson, Jesse James Leija, Troy Dorsey and Jimmy Garcia. Former WBC 130 pound champ Gabriel Ruelas fought these great fighters and more during a memorable career. Ruelas was badly hurt by the tragedy of Garcia’s death, and in many ways he was never the same fighter again after the May 1995 fight. But Ruelas is remembered for far more than the sad events of that fight.

Ruelas, now 51, and going out with a 49-7(24) record has some fine career to look back on proudly. As he did a while back for the benefit of ESB readers:

On his greatest win:

“My best win has to be the night I won the [WBC super-feather] title, against Jesse James Leija (Sept. ‘94). I think that was one of my very best performances, and also, he had beaten [Azumah] Nelson, who had beaten me. So most people thought Leija would beat me as well. He was young and undefeated, but it was just my day that day. I think I would have beaten anyone that day, even Nelson. As a matter of fact, that [first] loss to Nelson made me a world championship-calibre fighter.”

On the tragic Garcia fight:

“That was my worst night of my career; the fight with Jimmy [Garcia] (tragically, Garcia lapsed into a coma after his May 1995 11th-round TKO loss, never to recover). That fight, it actually felt like a loss. In fact, though it’s not a loss on my record, that fight still feels like a loss. In many ways, that was my biggest loss. I think I lost my boxing career because of what happened in that fight. It’s been so many years, but even now it’s difficult to put that fight into words. I have visited Jimmy’s grave at the cemetery.”

On the hardest hitter he ever faced:

“The hardest puncher I ever fought, and I fought a few of them, has to be Azumah Nelson. It’s a tossup between Nelson and [Arturo] Gatti, but I go with Nelson. He was a heavy puncher for such a small guy. And he was so experienced – he was just hard to deal with. But I was never myself in that second fight: I wasn’t right mentally or physically. I was just thinking about Jimmy; it actually felt like I was fighting him that night. And I was sick – I had diarrhoea and I had stomach cramps; I could hardy walk. Nelson was a good body puncher, but even a fair body shot would have been enough for me in that fight.”

On his epic war with Gatti:

“In fact, that was my toughest fight, the fight with Arturo Gatti (Oct. ‘97 – a 5th-round TKO win for Gatti). We went back and forth, back and forth. I always felt I’d get a rematch. In fact I started training camp for a rematch but for whatever reason it never happened. I was fighting him in his “house,” so to speak and I think that’s why they stopped it too quick. I hit the canvas, got right back up and the ref just waved it. I wasn’t that badly hurt or dazed, and I think the ref should have given me an eight-count. But he just waved it off as quick as he could. But it was a great fight and I was so focused on beating Gatti in a rematch.”

On what boxing means to him:

“The toughest part of this great sport, is actually being retired; every day life. You spend so much of your life being a fighter, you don’t know what to do when it’s over. People still look at you as the champ, telling you you look good and you can even fight again, but it’s just not the same. The sport ages you, all the sacrifices you have to make as a fighter. I feel old in a younger body sometimes. I’ve been going to the doctors quite a lot recently, I have trouble remembering things and it’s tough. But I’m grateful to boxing, and to the fans. If it wasn’t for boxing, I’d have been on the streets or in jail.” 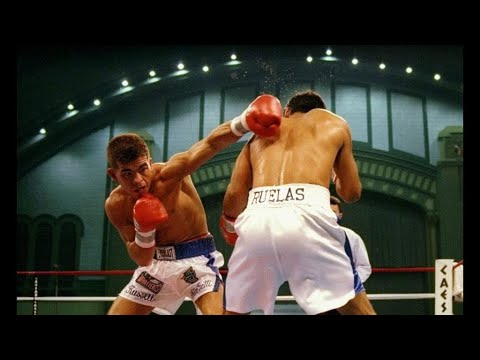